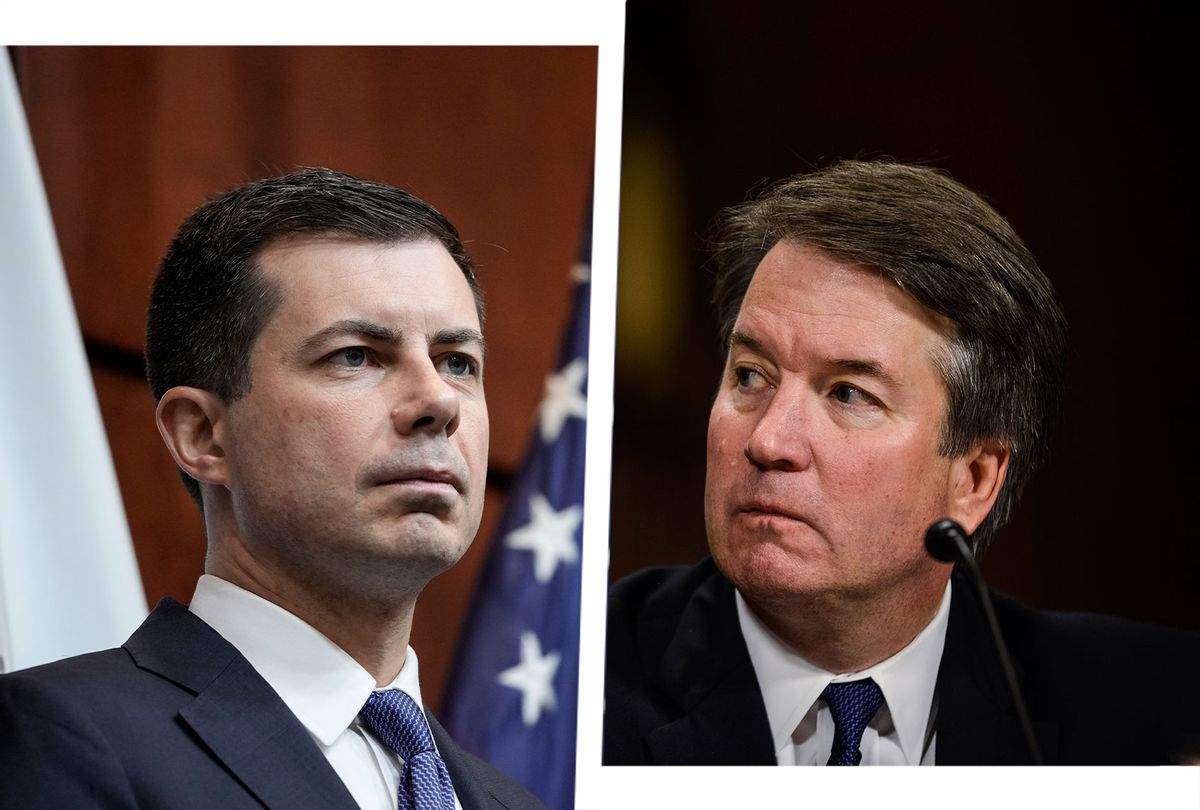 "Remember, the justice never even came into contact with these protesters, reportedly didn't see or hear them," Buttigieg made clear when questioned during a "Fox News Sunday" interview. "And these protesters are upset because a right, an important right that the majority of Americans support was taken away."

"As long as I've been alive, settled case law in the United States has been that the Constitution protected the right to privacy," he added. "And that has now been thrown out the window by justices, including Justice Kavanaugh who I recall swore up and down in front of God and everyone including United States Congress that they were going to leave settled case law alone."

"But as a high-profile public figure, sir, are you comfortable with protesters protesting when you and your husband go to dinner at a restaurant?" Fox News host Mike Emmanuel pressed.

"Protesting peacefully outside in a public space? Sure," he responded. "Look, I can't even tell you the number of spaces, venues and scenarios where I've been protested. And the bottom line is this. Any public figure should always -- always -- be free from violence, intimidation and harassment. But should never be free from criticism or people exercising their First Amendment rights."

Buttigieg's comments come amid widespread public outrage over the Supreme Court's decision last month to overturn Roe v. Wade, the watershed ruling that granted women the constitutional right to abortion. That decision, handed down in 1973, was made on the basis of America's constitutional right to privacy as outlined in the 4th Amendment.

Immediately after the ruling, hundreds of pro-choice demonstrators gathered peacefully outside the homes of conservative Justices Kavanaugh, Samuel Alito, and Clarence Thomas, provoking counter-backlash from conservatives who claimed that that the demonstrations were illegal and unethical. Last month, a 26-year-old man indicted for plotting to murder Kavanaugh was also arrested near the justice's house with pepper spray and a knife.

Most recently, Kavanaugh secretly fled a D.C. steakhouse before dessert after pro-choice groups gathered outside the restaurant, Morton's steakhouse, in protest of his decision to overturn Roe.

"Sounds like he just wanted some privacy to make his own dining decisions," Chasten Buttigieg, the husband of Pete Buttigieg, tweeted.

Last month, the House passed a bill designed to shore up security protections assigned to Supreme Court Justices amid the outrage over Roe. The bill, which has yet to be signed by President Biden, will provide round-the-clock security to the justices and their families.