The man reportedly told Rep. Pramila Jayapal to "go back to India, I'm going to kill you" 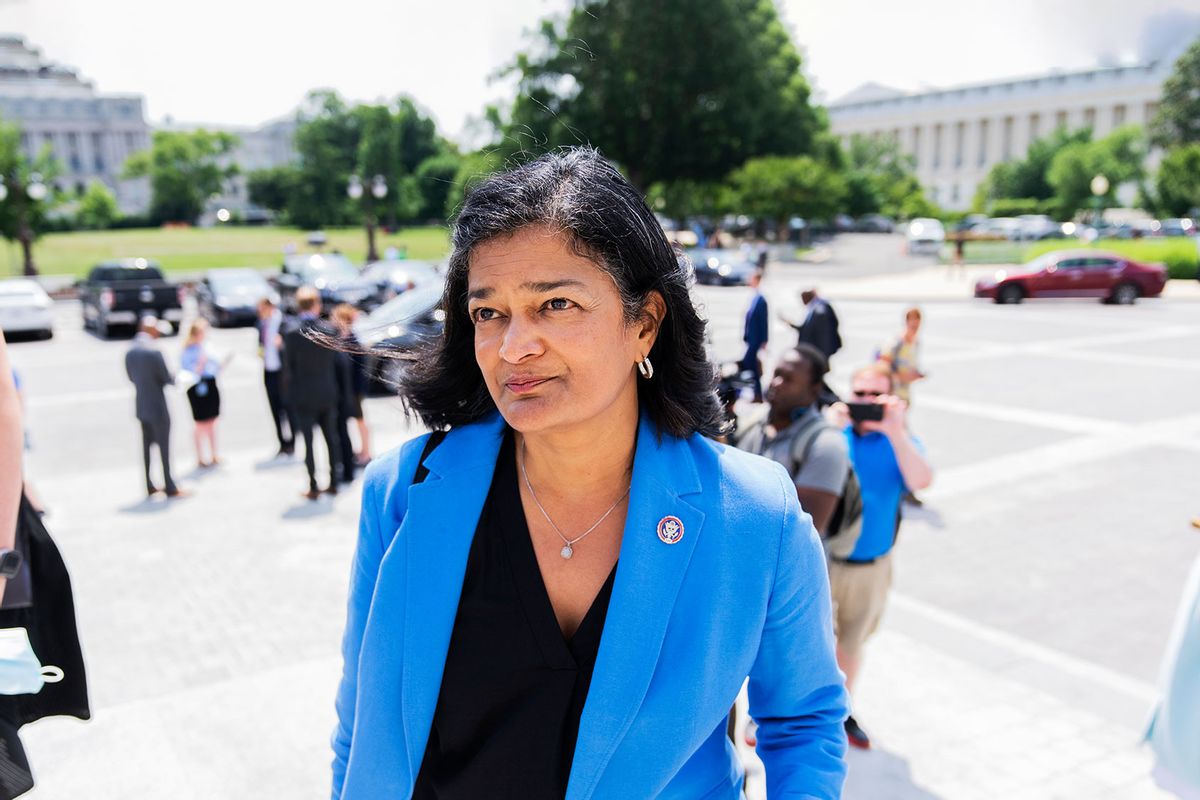 A 48-year-old Seattle man was arrested on Tuesday on suspicion of a hate crime after threatening to assassinate Rep. Pramila Jayapal, D.Wa.

According to The Seattle Times, the man was caught standing outside Jayapal's Seattle residence spouting threats and obscene language just before midnight this past Saturday.

When officers arrived on the scene, the man reportedly had a handgun at his waist. According to neighbors, the man apparently drove by the lawmaker's house three times and at one point told Japayal to "go back to India, I'm going to kill you."

Court documents reportedly reveal that the man knew that he was outside the congressman's home, which appears to be half a mile from his own. The man also said he wanted to pitch a tent just outside Jayapal's home, The Seattle Times reports.

"Congresswoman Jayapal confirms that incidents occurred at her Seattle home on Saturday night when she was present. The Congresswoman and her family are safe and appreciate the many calls and good wishes she is receiving from constituents," spokesperson Siham Zniber told The Seattle Times in a statement. "She is very grateful for the swift and professional response from the Seattle Police Department, the U.S. Capitol Police, and the FBI investigators who are working together diligently on the investigation and ensuring that she and her family stay safe."

The man reportedly faces a malicious harassment charge and is being held on a $500,000 bail. The King County Prosecuting Attorney's Office also stated that the man was a danger to his surrounding community.

Shortly after the news broke, Rep. Ilhan Omar, D-Minn., a fellow member of the Squad, tweeted that she was "glad they arrested the man and @PramilaJayapal and her family are safe."

"The right wingers crying over protesters often won't talk about their deranged supporters threatening to kill lawmakers with an ounce of care or concern," the lawmaker added.

"Wonder if this will get even 1% of the attention on the right as the Kavanaugh restaurant protest," added MSNBC host Medhi Hasan. "Unlike those peaceful protesters who Kavanaugh didn't even see, this guy was allegedly armed and yelling death threats outside ⁦⁦@RepJayapal house."

Hasan was referring to an incident in which conservative Supreme Court Justice Brett Kavanaugh fled a D.C. steakhouse after a group of pro-choice demonstrators protested outside the building in response to Kavanaugh's rescission of Roe v. Wade.

The incident is part of a broader uptick in threats against member of Congress. According to data released by the U.S. Capitol Police, just under 10,000 threats against congressional lawmakers were investigated in the last year alone.