Democrats call on Merrick Garland to do something: Lawmakers says DOJ must bring Jan. 6 charges

"All of it points to the urgent need for DOJ to prosecute Donald Trump," said Rep. Pramila Jayapal. 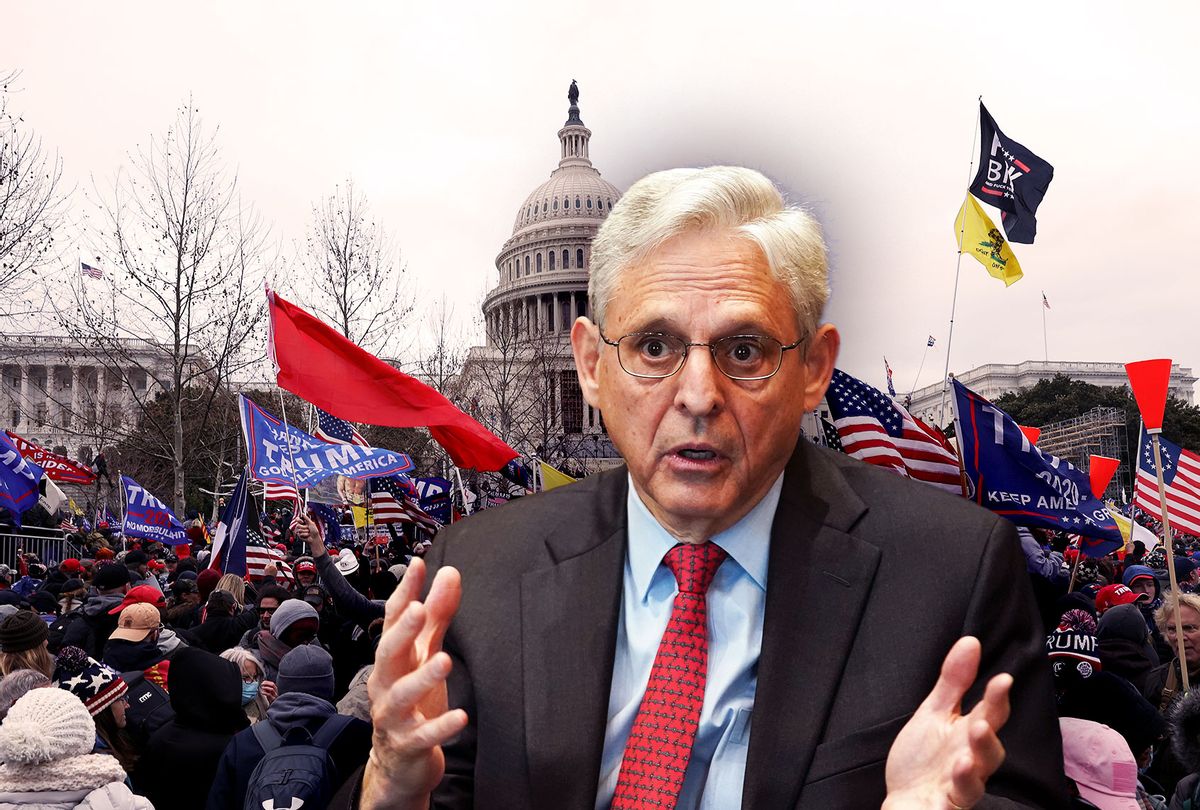 A chorus of Democratic lawmakers and watchdog groups said Tuesday that the cumulative case made by the House January 6 panel thus far—including the fresh allegation of witness tampering—amounts to more than enough evidence for the Justice Department to bring criminal charges against former President Donald Trump.

The Justice Department is currently conducting its own investigation into the January 6, 2021 attack on the U.S. Capitol, an insurrection that—as the House select committee has detailed in high-profile hearings over the past month—Trump fomented in coordination with his far-right allies inside and outside the administration. The January 6 panel has described the effort as a criminal conspiracy.

"The Justice Department must bring charges against everyone involved, including the former president."

While Attorney General Merrick Garland and his department have brought charges against more than 850 people in connection to the Capitol assault, the DOJ has thus far resisted calls to charge the ex-president who spearheaded it.

Those calls grew louder Tuesday after the January 6 panel examined Trump's close ties to right-wing extremist organizations and how the president harnessed those connections in his failed bid to overturn the results of the 2020 presidential election and retain power.

At the tail-end of Tuesday's hearing, panel co-chair Rep. Liz Cheney (R-Wyo.) revealed that Trump attempted to contact a witness in the committee's investigation. Cheney said the committee, which lacks prosecutorial authority, has referred the information to the Department of Justice.

"Everything I hear from the January 6 committee hearings shows all the puzzle pieces put together. No more gaps," said Rep. Pramila Jayapal (D-Wash.), chair of the Congressional Progressive Caucus. "All of it points to the urgent need for DOJ to prosecute Donald Trump. If he is not held accountable, there will be enormous consequences to our democracy."

Rep. Ayanna Pressley (D-Mass.) agreed, writing on Twitter that "each hearing makes more clear that this insurrection was a violent, coordinated attempt by Donald Trump to silence the will of the people."

"The Justice Department must bring charges against everyone involved, including the former president," Pressley added.

The progressive advocacy group MoveOn argued that witness tampering is "just one more thing to tell the Department of Justice to prosecute Trump for."

Garland has confirmed that he is watching the January 6 committee's proceedings closely, and top DOJ officials have characterized the transcripts generated by the panel's extensive witness depositions as "critical" to its ongoing criminal investigation.

But the department has faced backlash from legal experts and lawmakers for dragging its feet when it comes to zeroing in on Trump's central role in the insurrection and succumbing to concerns about a potentially violent far-right reaction to any charges against the former president—and likely 2024 hopeful.

However, analysts have argued that the risks of letting Trump's conduct go unpunished outweigh the risks of prosecution.

"The worst possible politicization is allowing guilty people to go uncharged because the Department of Justice fears criticism for following the law where it leads," contends Jeff Hauser, executive director of the Revolving Door Project.

The New York Times reported last week that while the DOJ remains committed to its "investigative strategy to methodically work [its] way from lower-level actors up to higher rungs of power," in-person testimony late last month from a former aide to ex-White House Chief of Staff Mark Meadows "jolted top Justice Department officials into discussing the topic of Mr. Trump more directly, at times in the presence of Attorney General Merrick B. Garland and Deputy Attorney General Lisa O. Monaco."

The Times noted that some of Cassidy Hutchinson's "explosive assertions—that Mr. Trump knew some of his supporters at a rally on January 6, 2021 were armed, that he desperately wanted to join them as they marched to the Capitol, and that the White House's top lawyer feared Mr. Trump's conduct could lead to criminal charges—were largely new to them and grabbed their attention."

Anticipating such revelations, Trump allies reportedly worked to influence Hutchinson's testimony and, as she delivered it, the president himself tried to discredit her as a "phony."

In the wake of Hutchinson's appearance before the panel, attorneys Dennis Aftergut and Norman Eisen argued in a column for Slate that witness intimidation should be added to "the list of potential January 6 charges against Trump."

"The right-wing attacks on her testimony appear to be unfounded—which would make them the post-hearing continuation of the intimidation that may have taken place before she testified," they wrote. "DOJ must investigate under the federal witness intimidation statute, 18 USC 1512(b)."