"I'm now going to turn over to the real experts" 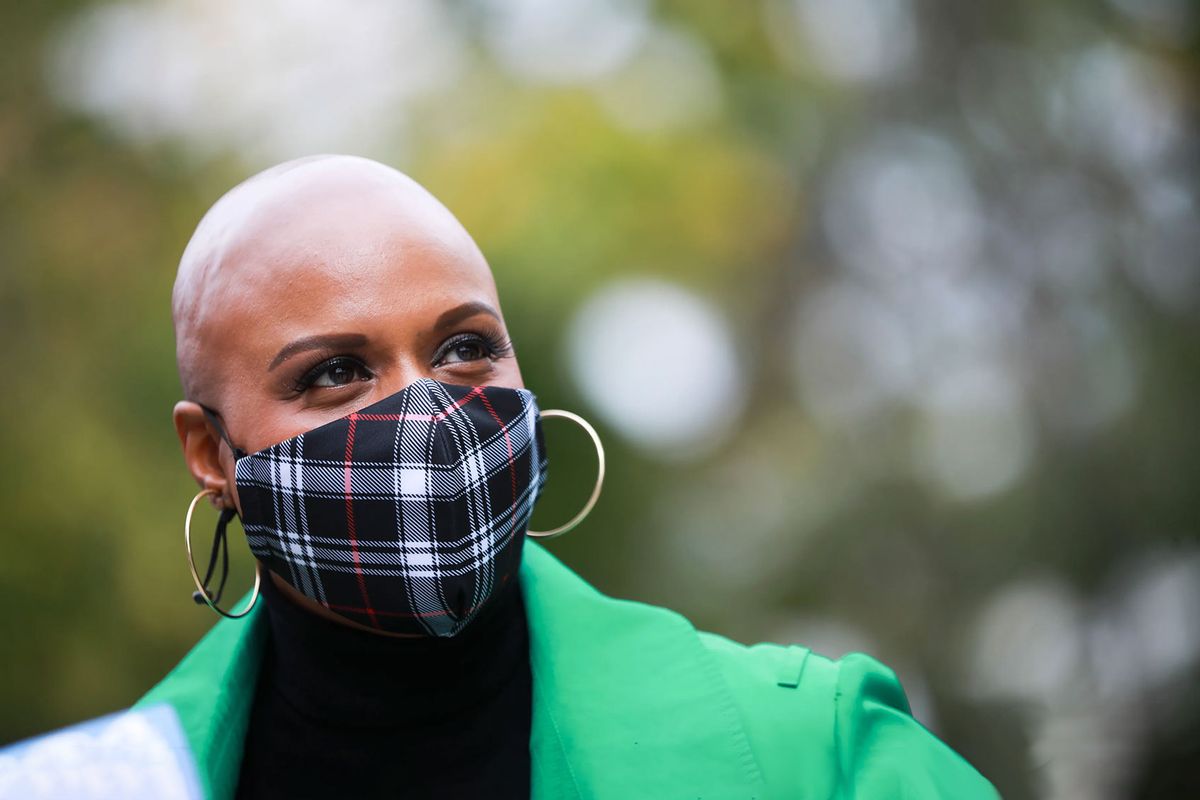 Rep. Ayanna Pressley, D-Mass., on Wednesday tore into anti-abortion activist Erin Hawley, the wife of Sen. Josh Hawley, R-Mo., for tiptoeing around the exact meaning of "abortion," telling her that there was "a deficit in [her] understanding" of reproductive care.

The fiery exchange came during a House Oversight and Reform Committee hearing this week, during which Erin Morrow Hawley, Senior Counsel at the right-wing Alliance for Defending Freedom, was questioned about the dangers of ectopic pregnancies. (Ectopic pregnancies occur when a fertilized egg implants outside the uterus, putting the carrier in life-threatening danger.)

"When an ectopic pregnancy ruptures, what are the chances it can be carried safely to term?" Pressley asked Hawley.

"Again, can you just answer the question," Pressley shot back. "When an ectopic pregnancy ruptures what are the chances it can be carried safely to term? And you know what, just to make this clearer, I'm looking for a number between 0 and 100."

"I believe zero ectopic pregnancies – even those that do not rupture – have a chance of successfully being carried to term," Hawley replied. "That's why the treatment for them is not an abortion."

Pressley then told Hawley that she had a "deficit in her understanding," citing official guidance from the American College of Obstetricians and Gynecologists that treatment for an ectopic pregnancies requires ending that pregnancy.

"That's not an abortion because it does not have the intent to end the life of the child," Hawley snapped backed.

"Reclaiming my time," Pressley responded. "I'm now going to turn over to the real experts."

The exchange comes as the GOP mounts both a sweeping state-level attack on abortion access throughout the country. Last month, the Supreme Court formally overturned Roe v. Wade, the landmark 1973 decision that established America's constitutional right to abortion. After the decision, at least thirteen states with "trigger laws" already on their books significantly curtailed abortion access.

Many states in the South – like Alabama, Oklahoma, and Missouri – have anti-abortion laws that make no exceptions for victims of rape, incest, or medical emergencies, such as ectopic pregnancies.