Economists to Fed: Inflation doesn't justify big rate hikes that could "push millions out of work"

After June's inflation numbers, the Fed is likely to push rates higher — at the risk of sparking a recession 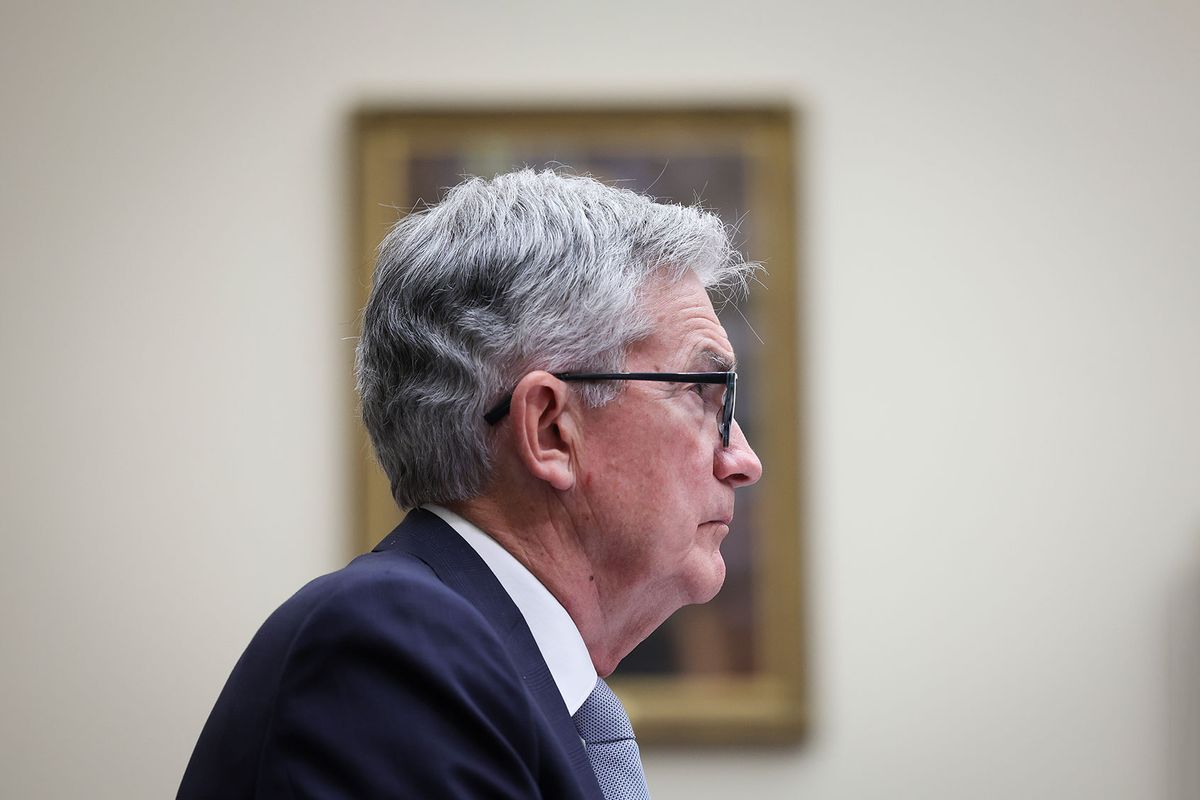 Jerome Powell, Chairman of the Board of Governors of the Federal Reserve System testifies before the House Committee on Financial Services June 23, 2022 in Washington, DC. (Win McNamee/Getty Images)
--

Hotter-than-expected inflation data published Wednesday intensified fears among progressive economists that the Federal Reserve — in its single-minded drive to tame price increases — will needlessly lock in another major interest rate hike at its policy meeting later this month, further suppressing economic demand and moving the country closer to a recession.

"This morning's report highlights the fact that aggressive interest rate hikes by the Fed have done little to combat the inflation that continues to take a toll on workers, families and small businesses across the country," said Dr. Rakeen Mabud, chief economist at the Groundwork Collaborative. "Additional rate hikes would push millions out of work and ... raise the risk of a recession that would only worsen economic pain."

While the Labor Department's consumer price index (CPI) figure for June landed above analyst forecasts at 9.1% year over year — an indication of sustained inflationary pressures across the economy — experts stressed that the numbers don't reflect key developments that could signal a slowdown in price surges, which have eaten away at workers' wages and increased economic strain for households in the form of higher rent, grocery costs and other expenses.

"A similar reading last month led to a large overreaction by many, including the Federal Reserve, who raised policy rates by 0.75 percentage points," noted Josh Bivens, research director at the Economic Policy Institute. "There is even less reason this time to overreact to a hot inflation reading."

"We all know that the main drivers of today's large number is commodity prices (mostly energy and food)," he added, "and we also know that many of these prices have fallen sharply in recent weeks."

The average price of gas in the U.S., for instance, has declined for 28 consecutive days, hitting $4.66 per gallon on Tuesday — significantly lower than the unprecedented $5.01 national average recorded in mid-June.

"It is hard to feel good about this report, but with wage growth slowing sharply in the last six months to around 4% (compared to 3.4% in 2019), it's hard to see how an inflation rate north of 9% can be sustained," Dean Baker, senior economist at the Center for Economic and Policy Research, wrote in a brief analysis of the newly released price data. "Lower gas prices should pull July inflation lower."

There's little indication that Fed officials will be moved by such arguments, however.

At its July 26-27 meeting, the central bank is widely expected to enact another rate hike of at least 75 basis points — and there's some concern that the Fed will go even further with a 100-basis-point increase.

The central bank appears hellbent on imposing additional rate hikes even though top officials, including Fed Chair Jerome Powell, have admitted that the blunt policy tool will do nothing to tackle sky-high energy and food prices.

But rate hikes are virtually certain to have deleterious impacts on investment, wages and employment — and they could ultimately hurl the economy into recession, something the Fed has done before in the name of fighting inflation.

"If the Fed unnecessarily jacks up rates, it can throw millions out of work. It will also mean lower pay for tens of millions," Baker warned over the weekend. "It will take a hell of a lot of anti-poverty programs to offset the negative impact of a 2-3 percentage point rise in the unemployment rate."

As the Fed appears set to pursue its fourth rate increase of the year, there's already plenty of evidence indicating that the economy has slowed substantially in recent months, further heightening concerns of an imminent recession that could unravel the still-incomplete labor market recovery.

"An energy shock from Putin's war, supply chains still reeling from a pandemic and corporate monopolies raising prices are all driving inflation," Sen. Elizabeth Warren, D-Mass., said Wednesday. "I'm deeply concerned that the Fed is ill-equipped to respond and rate hikes could cause a recession."

"Congress needs to step up, too," Warren added. "Congress can fight inflation by making billionaire corporations pay a minimum in taxes, invest in affordable child care and empower Medicare to negotiate lower prescription drug prices. We must use every tool to lower costs for working families."

Mabud of the Groundwork Collaborative echoed Warren, saying in a statement that "policymakers must tackle inflation at its source: by addressing the rampant corporate profiteering and snarled supply chains that are causing significant financial hardship across the country."

on inflation and the economy