Why maple syrup prices are so low despite inflation 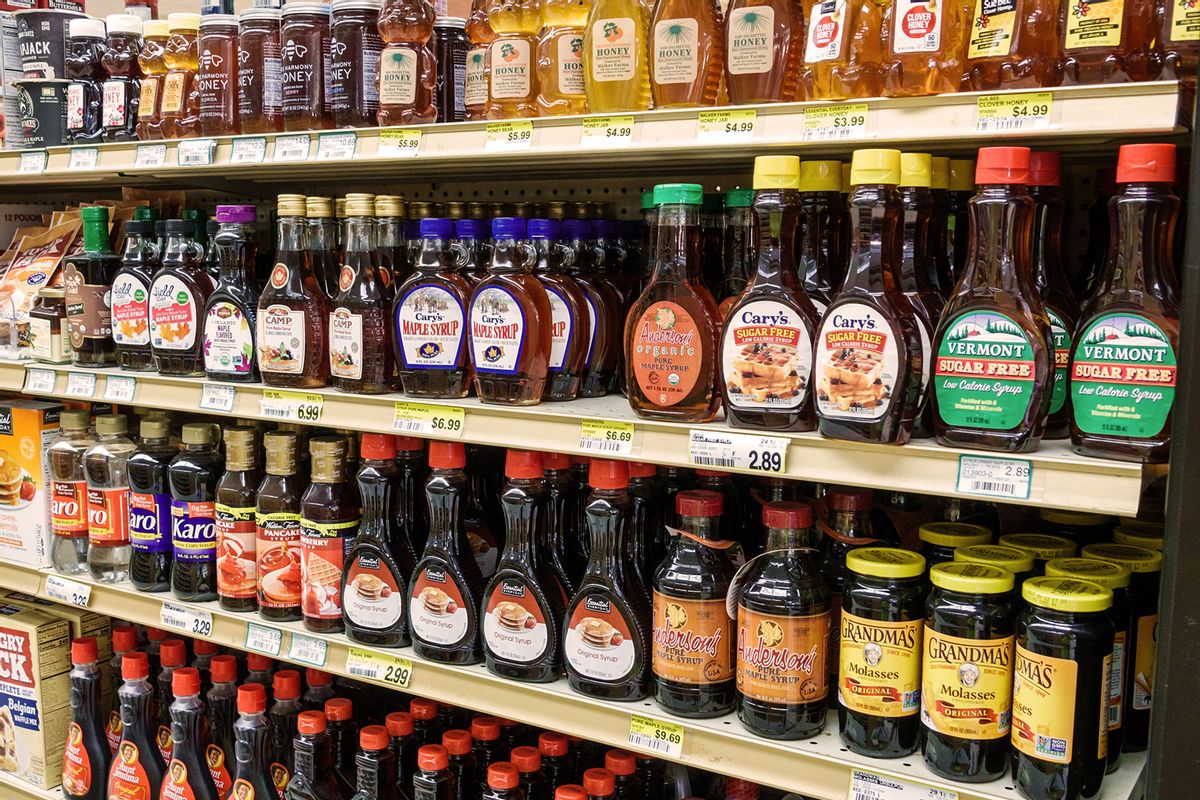 Those of us with a hankering for real maple syrup may be in for a sweet surprise this year. North American "sugar shacks" just finished a massive year for maple syrup production.

Record sap yields in both Vermont and Quebec, the top producers in the United States and Canada, respectively, led to the largest maple syrup harvest in history. Up 35 percent from last year, U.S. maple syrup production shattered previous records. More than 5 million gallons, the largest yield of American maple syrup in recent history, will soon hit the shelves. The bumper crop will likely stave off further price hikes on the sticky stuff.

Low prices on maple syrup might come as a surprise, given the general situation in the consumer economy. Inflation and supply chain shortages have typically driven up prices for most consumer goods, including and especially food. And during much of the pandemic, maple syrup was more expensive than usual — the  result of production shortages here in North America, within the native range of acer saccharum, more commonly known as the sugar maple. Remarkably low sap yields drove maple syrup up to an average of $35.90 per gallon in the U.S. last year — though now, with the glut, prices are dipping again.

Could maple syrup be a climate change solution?

With the glut in production, maple syrup chemist Dr. Abby van den Berg does not predict a dry spell for your pancakes anytime soon. Connoisseurs and casual consumers of maple syrup alike can rest assured.

"There will ultimately still be places where the conditions for maple syrup production persist well into the future," van den Berg told Salon.

The future of maple syrup

Despite the surge in supply, climate change does pose an existential threat to American-made maple syrup. More than anything else, weather dictates yields and, consequently, the price on the bottle for maple syrup.

A typical sap season will last less than a month, from mid-February to early March. Whether "tapping" the coveted acer saccharum or another variety of maple, hitting the sweet spot is a matter of precision. That is largely because its production rests precariously on spring freeze-thaw cycles, explains van den Berg.

In spring, stored sucrose delivers an injection of energy to a slurry of water and raw minerals that we know as sap. When a network of rigid, vascular tissue, called xylem pressurizes, sap starts to flow. With it, the sap carries reserves of sucrose to the rest of the tree. This energy store gives the tree a critical jumpstart in bud growth.

"As the climate changes more, there may be places where there simply become too few of those freeze-thaw cycles during this leafless period for maple syrup production to be commercially viable," van den Berg told Salon.

Time is of the essence in the "sugar bush." A narrow window of time, in which the climate features cold nights and warm days,  equates to the optimal conditions essential for sap flow — and thus harvest. As average spring temperatures increase, the sap season will move earlier. What that means for maple syrup producers varies, but spring melt has become increasingly unpredictable.

This year, sap started to flow early. American producers reported an average of 34 days of sap flow starting as early as January 1 in New York and Vermont. That is not necessarily a good thing; it just so happened that the cold held. It may not in future years.

"As the climate changes more, there may be places where there simply become too few of those freeze-thaw cycles during this leafless period for maple syrup production to be commercially viable," van den Berg told Salon.

Around the Canadian border, where taps yield the most sap, spring temperatures typically hover around freezing for the longest. To the south, meaning in the United States, melt comes early and the temperature often holds just above freezing; to the north the melt is delayed and truncated. At both edges, taps usually yield less sap. That range, though, will move north with warmer spring temperatures.

At the University of Vermont's Proctor Maple Research Center, van den Berg's team has been investigating better methods of maple syrup production. Scientists in the green mountain state are not alone. Ecologists across the Northeast are working closely with industry experts to protect the cultural legacy of maple syrup production and its economic impact.

Few of us who enjoy the taste of maple syrup ever get a glimpse behind the curtain. The tools of the trade remain fairly simple. Throughout much of Vermont, New York, Maine, and other Northeastern states, maple syrup producers still strap on snowshoes and trudge through the snow to tap maple trees.

Large operations bear little resemblance to their pastoral predecessors. Metal buckets certainly still hang from the trunks of maple trees, collecting the precious sugary sap at the will of nature on hobby farms one step removed from reality. They are of little consequence to the industry.

Miles of pressurized, plastic tubing hooked up to vacuum pumps now line northeastern forests for months. Producers can pump right through warm spells. In the southern range of acer saccharum, where the season has shrunk, this practice can offset some impacts of climate change. Van den Berg remains optimistic that technological advances the modern sugaring operation affords can provide a buffer.

The profitability of maple sugaring depends heavily on yields of actual syrup, which certainly hinges on the actual number of days that hover at the cusp of freezing temperatures. But it is also a product of sugar content in the sap itself.

Acer saccharum is not the only maple species that can produce maple syrup. Some producers tap red and black maples as well. Aptly named, the sugar maple is prized for its high sugar content. The cost of tapping would be marginal if it were simply a matter of collection. Maple syrup production does not, however, exist in a vacuum.

Producers spend long periods boiling off sap. Fuel eats into the profit margins quickly and results in less syrup at the end of the day. These will generally continue to decrease in the southern sugar maple range.

Climate scientists predict diverse and far-reaching consequences for maple trees in warmer regions. Aside from insects, pests, and diseases, which remain more of a wild card dependent on human introduction, many of these will be quite subtle, according to forest ecologist Dr. Alexandra Kosiba.

"When we have warmer springs, warmer falls, it just stresses the trees out," she said. "It doesn't mean we're gonna lose sugar maple throughout its range. It will still exist. It will still thrive in many places."

At the Vermont Department of Forests, Kosiba currently investigates the impacts of climate change on tree health. She says changing conditions leave maple trees struggling to allocate resources and survive.

"At some point, that dynamic will run its course,"  Rapp said. "There will come a limit to the good times for producers."

Snow is quite important to maple syrup production. The roots of sugar maples are quite sensitive to frost. Snowpack in the winter provides critical insulation. Warmer winters can hinder root growth and the sugar content of the sap as well.

Harvard University conservation ecologist Professor Joshua Rapp noted that, in a study he conducted, sap yields were low following exceptionally warm summers. Heat likely forces maple trees to burn through more sucrose, he theorized, leaving far less for the next spring and degrading the profitability of the harvest.

While Quebec currently produces almost three-quarters of the world's maple syrup supply, American producers have yet to hit the brakes on expansion. Large swathes of maple trees remain vastly untapped here as well.

"At some point, that dynamic will run its course,"  Rapp said. "There will come a limit to the good times for producers."

For American producers, a ceiling is fast approaching. Consumers hoping for a cheap sugar fix may still have to look to alternatives in the future.

on climate and food