"I have essentially been excluded from the Democratic Party," Dershowitz says 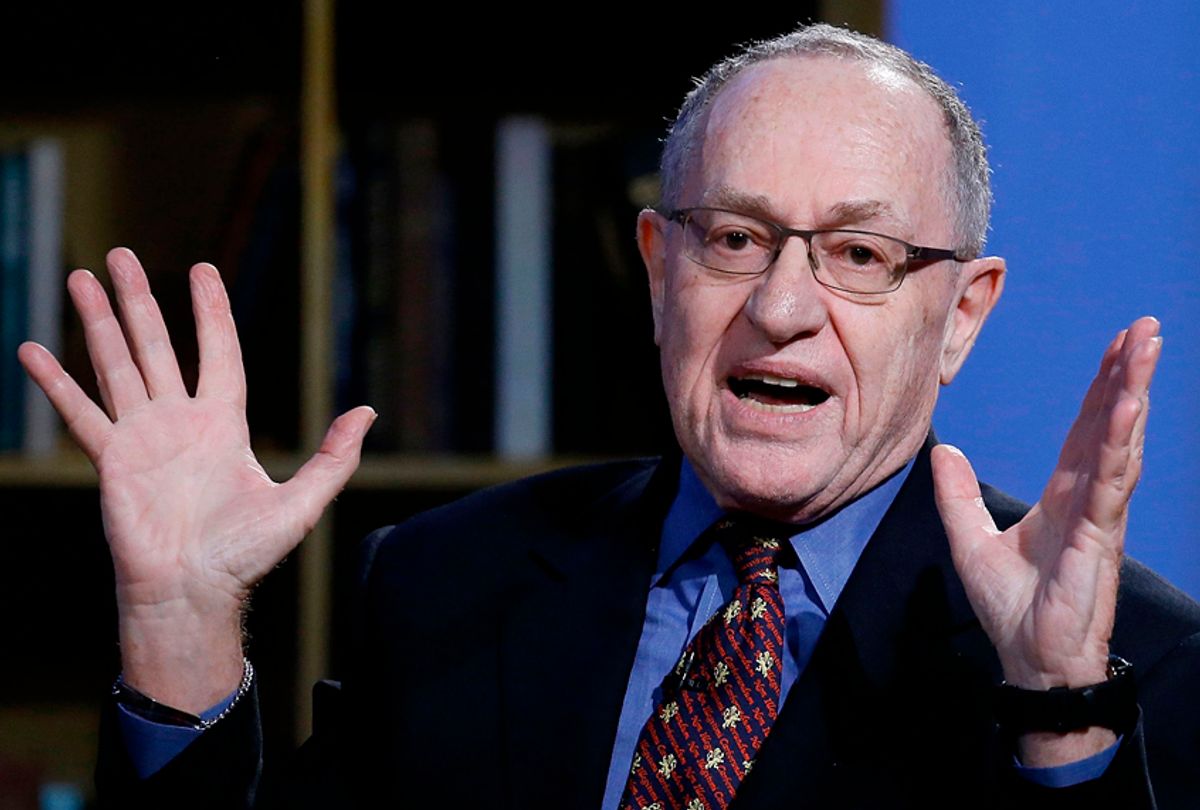 Alan Dershowitz was ridiculed on Saturday after invoking "cancel culture" to complain about how he has been treated on Martha's Vineyard after defending Donald Trump in the impeachment trial that could have removed Trump from office before the brunt of the pandemic and his Jan. 6 coup attempt.

"The library won't allow me to speak on Martha's Vineyard, the Community Center, the major synagogue, all of them have canceled me because I had the chutzpah to defend the constitution on behalf of a president of the United States that they all voted against – the fact that I voted against him, too, and then I remain — in my mind a Liberal Democrat doesn't much matter," he complained. "If I don't follow the party line down to the extreme, I am cancelled. People refuse to attend events if they know I'm gonna be there and that's why several friends of mine have who have invited me for years to events in their home or concerts that they've sponsored have apologetically said, 'We're sorry we can't invite you because if you come everybody will leave,' he added."

Dershowitz did not receive a great deal of sympathy on Twitter.

"You know what this is? It's the world's smallest violin," wrote TV writer/producer Ken Tremendous. "And it's playing the Benny Hill theme song as you're running around Jeffrey Epstein's island in your underwear."

"Sorry to hear you remain banished from political events on Martha's Vineyard, but it remains my understanding they have the unfettered discretionary authority to choose who to invite. And they don't want you. So go down to Florida and party with your MAGA buds," he suggested.

Boston journalist Adam Reilly said, "Find something you love like Alan Dershowitz loves talking about being shunned on Martha's Vineyard."

Business Insider reporter Jake Lahut said, "If you were to tell me Alan Dershowitz has been complaining about being ostracized on Martha's Vineyard for 30 years, I'd probably believe you."

The Intercept DC bureau chief Ryan Grim said, "I think it was more that people were mad at him for (allegedly) peeing on the beach all the time, and that was way before the rest of it."

Here's some of what other people were saying: