A "really, really small minority of people" could have survived the severity of her injuries, Clarke reveals 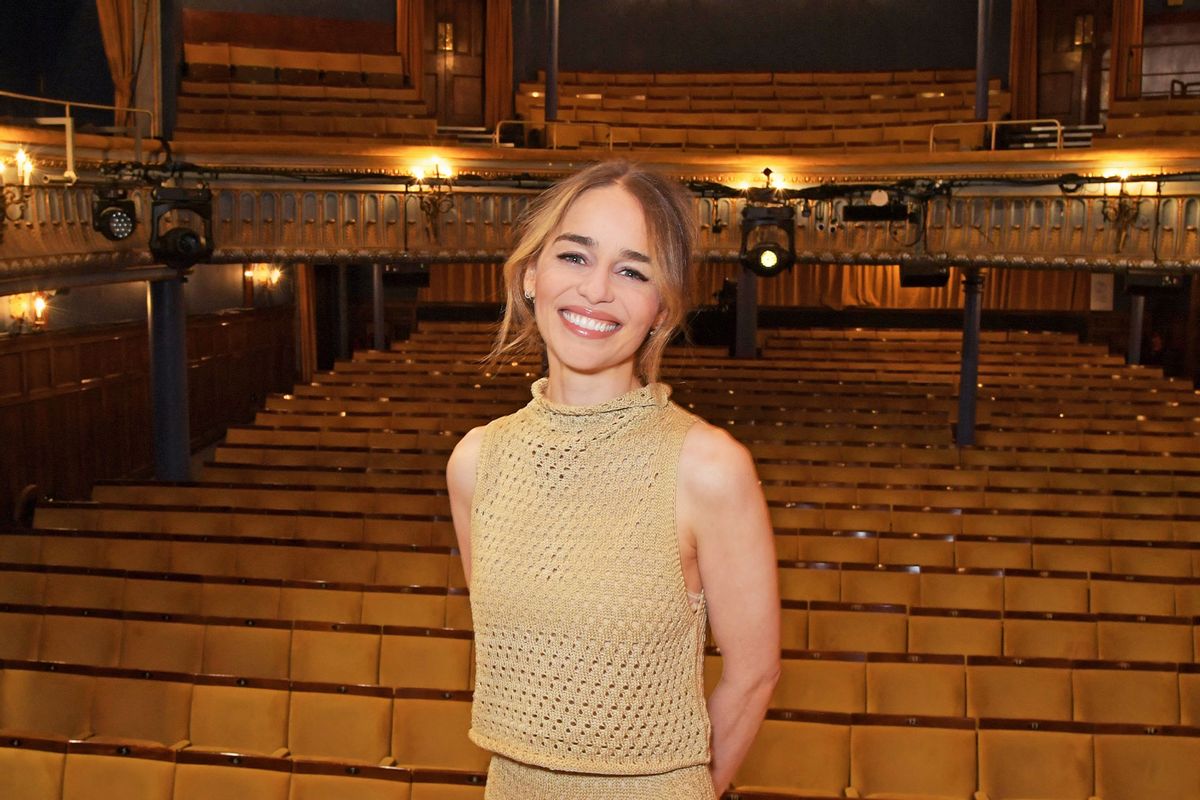 Emilia Clarke celebrates the opening of "The Seagull" at The Harold Pinter Theatre on July 07, 2022 in London, England. (David M. Benett/Dave Benett/Getty Images)
--

Emilia Clarke, the British actor who launched to stardom playing Daenerys Targaryen in HBO's blockbuster "Game of Thrones" adaptation, is speaking openly about the realities of living with brain injuries.

Shortly after finishing the first season of "Game of Thrones" in 2011, Clarke experienced a subarachnoid hemorrhage, a bleed in the space between the brain and surrounding membrane.

A sudden, severe headache is the main symptom for a subarachnoid hemorrhage, a symptom Clarke said she experienced while at the gym: "I tried to ignore the pain and push through it, but I just couldn't." Vomiting from the pain, she went to the hospital, received an MRI, then was transferred to a special center for brain surgery. Clarke was 24 years old at the time.

After surgery, Clarke dealt with aphasia, difficulty comprehending language or difficulty with speaking, writing, or reading, which can happen after strokes. Earlier this year, Bruce Willis was open about receiving a diagnosis of aphasia and said he was "stepping away" from acting as a result.

But Clarke went back to work, back to the set of "Game of Thrones" for the next two seasons. As USA Today reported, "She pushed through filming, despite feeling weak and exhausted." In 2013, Clarke was appearing on Broadway when a brain scan uncovered a large growth (shortly before her insurance ran out). A subsequent surgery failed, leading to a brain bleed that necessitated yet another surgery, which Clarke then took a month to recover from.

In a new interview with BBC Sunday Morning, Clarke was candid about the injuries and their impact on her life, admitting there are parts of her brain "no longer usable" as they incurred a lack of blood flow. But she credited Daenerys for providing her an impetus to recover, saying it was "incredibly helpful to have Game of Thrones' to sweep me up and give me that purpose."

Clarke acknowledged the severity of her injuries, saying that she is among the "really, really small minority of people that can survive that." After her first aneurysm, hospital staff told her many people did not live through what she had experienced. "I was also aware that there were people in the beds around me who didn't make it out of the I.C.U."

In 2019, after publishing an essay in The New Yorker where she disclosed her aneurysms, Clarke also announced she was starting a charity "Same You," dedicated to improving access to life-saving rehabilitation after brain injuries or stroke. As she wrote in the essay: "Countless people have suffered far worse, and with nothing like the care I was so lucky to receive."

Clarke is now making her West End debut in Anton Chekhov's "The Seagull," an experience she does not take for granted, thanking the craft of acting for her good memory, even after her injuries. As an actor, memorizing lines "is the only skill you have to do."

She also spoke about her disability in a way that might help others dealing with brain injuries, saying to BBC Sunday Morning: "This is who you are. This is the brain that you have . . . what you have now is great so let's work with that."