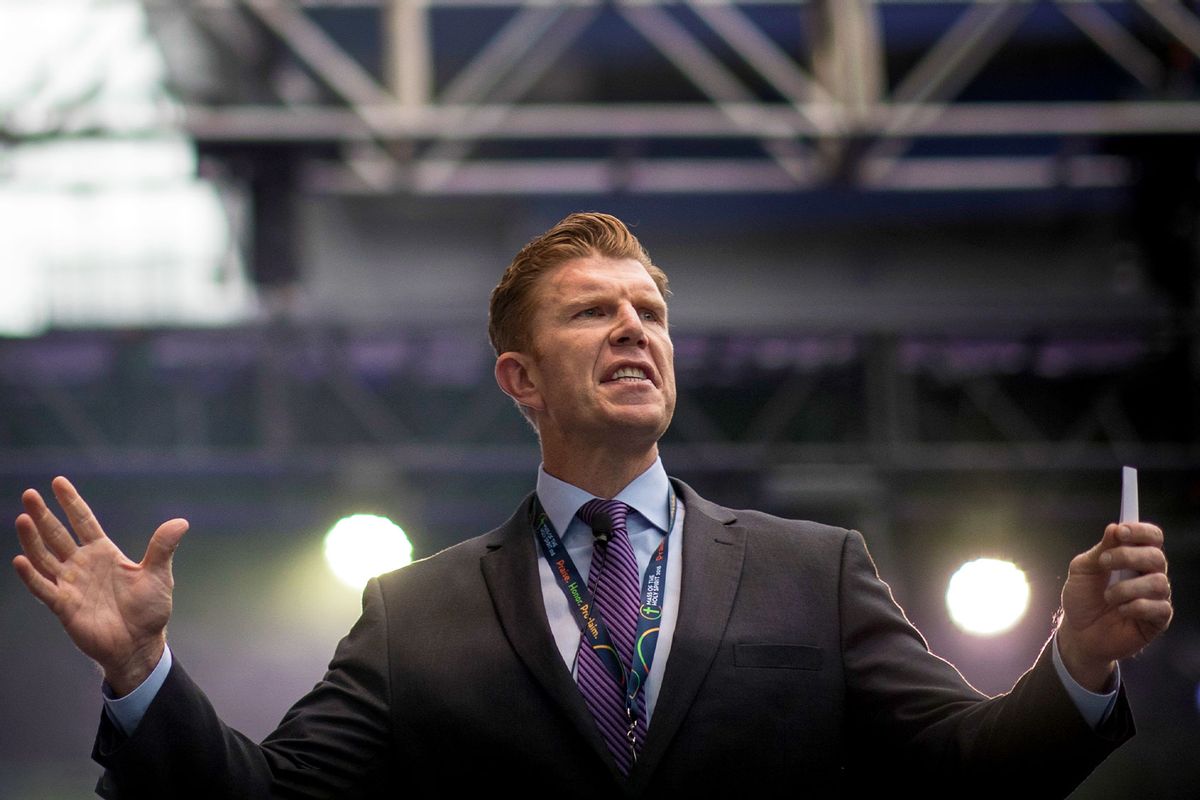 Birk, a former Minnesota Viking player, has prompted outrage over a released video of his speech to the National Right to Life Conference in Georgia on June 24th, the day Roe v. Wade was overturned by a conservative Supreme Court.

"Rape is obviously a horrible thing. But an abortion is not going to heal the wounds of that, two wrongs is not going to make a right," Birk said in the speech. "One of the arguments that I saw probably 20 times online today was about rape. And you know, obviously, they always want to go to the rape card."

The so-called "rape card" that Birk is referring to is the argument made by the overwhelming majority of citizens who believe that abortion should be legal if a pregnancy is the result of rape. The debate over abortion rights for rape victims came to a head last week over the story of a 10-year-old girl from Ohio who had to travel to Indiana to receive an abortion after being raped by a 27-year-old man. Republicans were quick to cast doubt on the child rape victim.

Yet, somehow, Birk found a way to take the abortion conversation to a whole new level. Birk's comments make it clear that for him abortion is about redefining an American culture in which women have less autonomy overall.

"It's not over. Our culture loudly but also stealthily, promotes abortion. Telling women they should look a certain way, have careers, all these things," Birk said.

In linking a culture that "promotes abortion" to women having careers, Birk not so subtly makes clear that he hopes banning abortion would change women's perceptions on participating in the workforce.

Later in the speech, Birk makes a joke about women having the right to drive. "Now we let 'em drive. I mean, I have three teenage daughters that drive, I don't know if that's a good law or not," he said before quickly adding, "just kidding."

"A lot of things have been legal before that we've changed, right? I mean…slavery used to be legal, right?" he said. "Which is an interesting comparison to make, because, really, the way that the other side treats an unborn child is the unborn child is the property of the mother."

The video, which has gained a lot of traction on social media, was released by Gov. Tim Walz, the incumbent Democratic candidate, and his running mate Lieutenant Gov. Peggy Flanagan. The two have been vocal about their support of protecting abortion rights, especially in the case of rape. Their position actually is not highly controversial. A recent poll from the MinnPost shows that two-thirds of Republicans in the state oppose a total ban on abortion.

"I may be a broken record on this for the next several months, but it is what is required of me as a mother and as someone who is responsible for protecting the health and safety of Minnesotans," Flanagan said in reference to protecting abortion.

In response to the video and Flanagan's remarks, Birk's campaign released a statement.

"The Walz/Flanagan campaign continues to freeze and deflect on the important issues, but they're relentless in their pursuit to champion tax-payer-funded abortion throughout a pregnancy," the statement read.