Post-Roe gaslighting: The party of QAnon denies the very real rape of a 10-year-old

A shameful episode in right-wing media is a reminder: Republicans only care about kids when they're imaginary 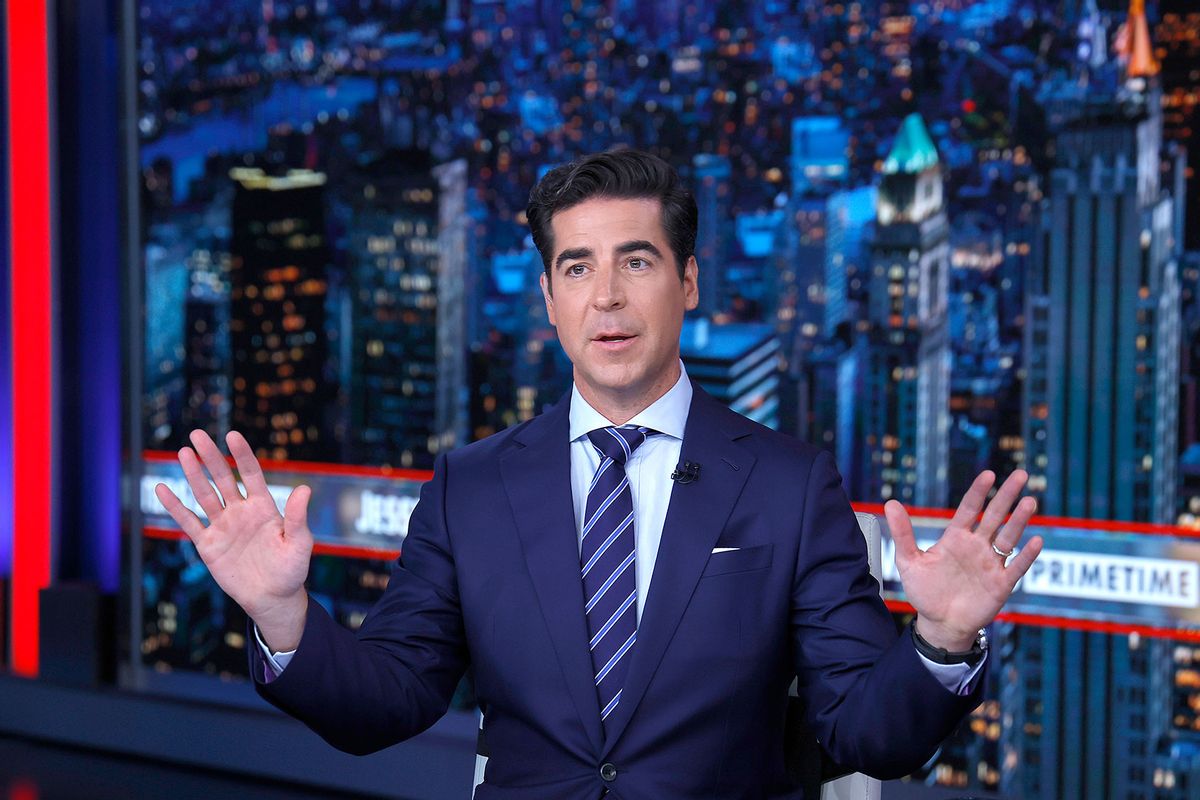 The party of QAnon got caught projecting their own sins onto their opponents — with lightning speed this time.

As a reminder, Republicans are increasingly embracing the grotesque tactic of leveling false accusations of child sex abuse at their political opponents. It started in the fringes, with groups like QAnon spreading wild conspiracy theories accusing Democratic politicians and, for some reason, Tom Hanks of being pedophiles who murder children to eat their brains. The "made-up pedophilia stories" thing then went completely mainstream in the GOP this year. Beginning with the office of Florida's Republican Gov. Ron DeSantis, conservative politicians and media figures started falsely accusing people who support LGBTQ rights of being "groomers," i.e. people who target children for sexual abuse. Drag queens, the Disney corporation, and even Oreo cookies got swept up in the GOP frenzy of painting their political opponents as child sex predators.

This Republican tendency to casually paint any political opponent as supportive of child rape even factored into the confirmation hearings of Supreme Court Justice Ketanji Brown Jackson in March, as Sen. Josh Hawley of Missouri viciously attacked the judge with flatly false accusations that she has some special affection for child pornographers. The use of false accusations of child sex abuse has become so rapidly normalized in the GOP that it would be hard to believe it, if not for the very public and televised evidence of how much they love saying these repulsive things.

Republicans love to work themselves into a frenzy over child sex abuse that exists solely in their fantasies. But this week, when confronted with the very real story of a 10-year-old rape victim, the Republican noise machine went into overdrive denying her very existence.

It started with a story in the Indianapolis Star about a 10-year-old abortion patient who was forced to travel to Indiana for an abortion due to the abortion ban in Ohio. Dr. Caitlin Bernard, an ob-gyn in Indiana, told the paper about seeing this patient, who was 6 weeks pregnant.

Republicans love to wax poetic about imaginary child sex abuse, but in the real world, victims receive nothing but GOP abuse.

The story illustrates the sadism and misogyny that fuels abortion bans, and so it's no surprise it started to get more attention. First, CNN host Dana Bash asked South Dakota's Republican Gov. Kristi Noem about it. Then President Joe Biden, his voice cracking with outrage, mentioned the case in a speech denouncing the Supreme Court for overturning Roe v. Wade: "Ten years old — 10 years old! — raped, six weeks pregnant, already traumatized, was forced to travel to another state."

At this point, right-wing media decided it was time to start falsely accusing Dr. Bernard of making the whole thing up.

A reporter from the sleazy right-wing outlet Daily Caller triumphantly declared that Dr. Bernard couldn't provide "any details to corroborate her story." This was enough for the larger right-wing press to go on a feeding frenzy. The attempts to discredit Dr. Bernard's story quickly got elevated to Fox News, where piggish host Jesse Watters especially went nuts over it. Then the editorial board at the Wall Street Journal published a story with the snarky headline "An Abortion Story Too Good to Confirm," complaining that they were denied access to the name of a child sex abuse victim.

In a truly shameful display, the bothersiderism addict at the Washington Post, "fact checker" Glenn Kessler, decided to grace the right's false accusations with a story headlined, "A one-source story about a 10-year-old and an abortion goes viral." Kessler's entire premise to cast doubt on the rape of a child was his claim that law enforcement knew nothing about the rape.

Of course, it turned out the story was true — and the police were informed of the rape last month.

Which is unsurprising, considering how common child sex abuse is. The real kind, that is, not the imaginary kind QAnon cares about.

I was the ONLY reporter in the courtroom this morning as the man accused of raping a 10-year-old girl, impregnating her, leading to an abortion in Indiana, was arraigned.

This confirms that the case exists.https://t.co/eWvtBMxqZW

Republicans love to strut around in a self-righteous fury over the fake rapes of imaginary children. But when real kids are actually abused and need real help? Republicans don't just refuse to care, the GOP media establishment — and their allies in mainstream media — go out of their way to erase the existence of these very real victims.

What makes this especially gross is how much this smear campaign relied on known difficulties in dealing with cases such as this. Both federal law and medical ethics prevent doctors from handing over the names and addresses of patients, especially to "journalists" at right-wing rags who clearly have ill intent. Kessler's "fact check" noticeably fails to note that Dr. Bernard, by federal law, could not reveal the patient's identity.

And, as the media figures who pushed this narrative are also aware, rape is infamously under-prosecuted. Only 50 out of every 1,000 rape cases result in arrest. No wonder they were caught by surprise when someone was actually arrested for this rape. Arrest so rarely happens they were smart to bet that it was unlikely in this case. Kessler's "fact check," meanwhile, failed to note that rape cases rarely result in arrest, even as he held out formal charges as the kind of legitimizing evidence he demands from such stories.

So, will the people who accused the good doctor of being a liar apologize?

Hell no, of course not. They are doing exactly what a bunch of sadistic misogynists love to do: viciously attacking a doctor for being the one person willing to help a child rape victim.

Abortion is legal in Indiana, but they're attacking this doctor anyway. Investigating her, calling her an 'activist', and putting her face on Fox News (knowing it makes her a target).

This is about punishment, plain and simple https://t.co/1N54uScb0W

Sadly, this is nothing new.

The media figures who pushed this narrative are aware that rape is infamously under-prosecuted.

Anti-choice ghouls want no compassion for anyone with a uterus, but they get especially outraged when kindness is shown to child rape victims. As I noted on Twitter, it's one of the reasons that Dr. George Tiller of Kansas was such a focal point of right-wing harassment for so long. Tiller was one of the few doctors in the country who had the skills and capacity to deal with child rape victims whose pregnancies were discovered months after the rape. When it was discovered that Tiller had aborted a pregnancy in a 10-year-old rape victim, anti-choice activists convinced a local prosecutor to take him to court in 2009 over false accusations that he had done so illegally. The jury deliberated for less than an hour and acquitted Dr. Tiller, because ordinary people do not share the anti-choice view that it's good to force 4th graders to give birth.

One anti-choice activist, Scott Roeder, was especially angry that Tiller was not punished for helping a child rape victim. Two months after the trial ended, Roeder showed up at Dr. Tiller's church and murdered the doctor in front of the congregation. This is what gets euphemized as "pro-life": homicidal rage at doctors who show compassion toward child rape victims.

We're seeing that rage now, as Fox News and other right-wing pundits work themselves into a lather villainizing Dr. Bernard for daring to spare a child the horror of forced childbirth. It's a gross display, but these are the same people who support and defend Donald Trump, a man who was caught on tape bragging about how he likes to sexually assault women.

It's yet another reminder that what fuels the anti-choice movement is not "life," but plain old misogyny. It's a misogyny that celebrates the sexual predator, like Trump, and castigates both the victims and those who help victims. And, as this story shows, the hate isn't aimed just at grown women, but at girls as young as 10 years old. Republicans love to wax poetic about imaginary child sex abuse, but in the real world, victims receive nothing but GOP abuse.