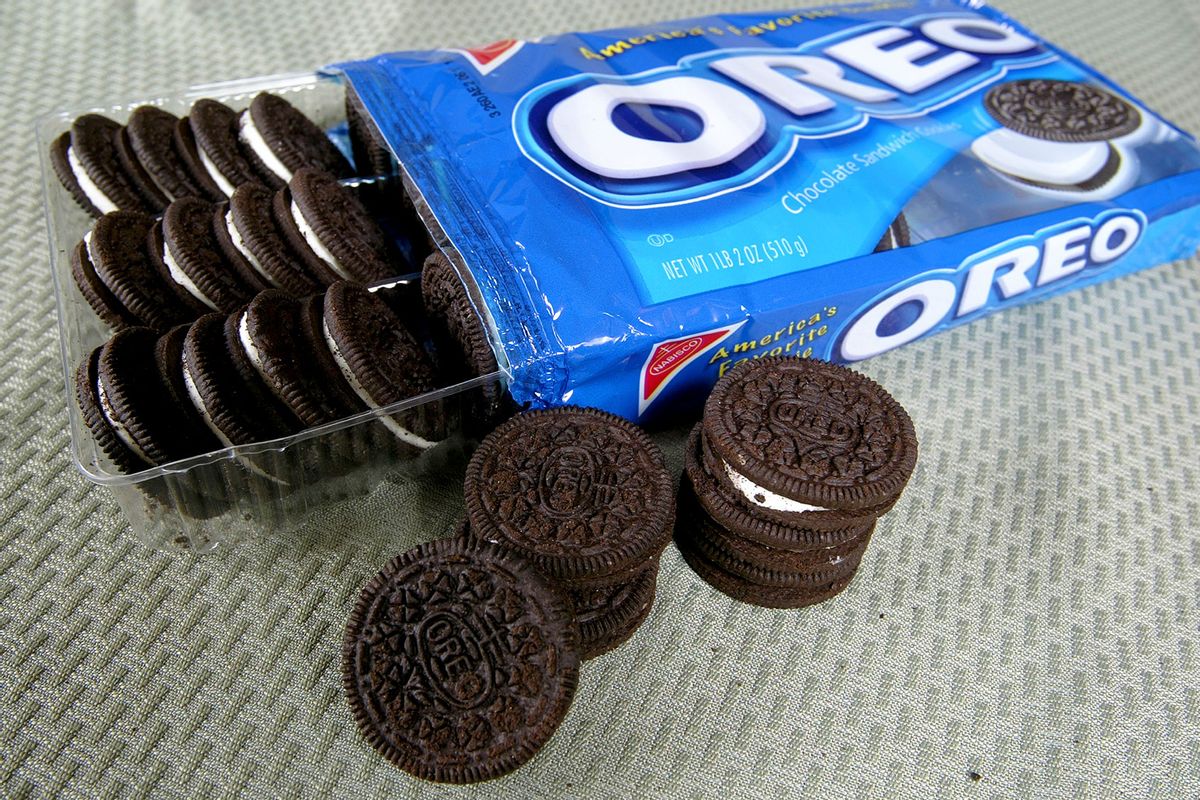 A new two-minute short film about coming out, collaboratively produced by Oreo and PFLAG, has predictably gotten under the skin of conservatives. Already, Greg Kelly and Ben Shapiro are among the right-wing talking heads vowing to boycott "gay cookies" following Oreo's public display of LGBTQ allyship.

"The Note," which was directed by Alice Wu ("Saving Face" and "The Half of It"), depicts a young Chinese-American man practicing a coming-out speech before a few close family members. Before the young man shares his truth with his grandmother, his mom slips him a note. "She might be my mother," it reads, "but you are my son."

The video ends with a message for viewers to pay it forward. "Coming out doesn't happen just once," it says. "Be a lifelong ally."

Related: "For the morning gays": The importance of LGBTQ-owned cafes as sober, queer spaces

"The Note" is, for sure, a tearjerker. Despite my admitted initial cynicism about "rainbow capitalism" and whether a multi-billion dollar corporation can assert itself as an ally, Oreo is doing all the right things here. According to Fast Company, the film — which was refreshingly not released as part of a Pride Month campaign — was accompanied by a $500,000 donation to PFLAG.

What's more, there's history here. "The Note" follows the 2020 short film "OREO Proud Parent," which was also released in conjunction with PFLAG. In it, a woman brings her girlfriend home to meet her family.

Initially, the dad is chilly towards the same-sex couple, but everything changes after he witnesses a neighbor look disparagingly at them. The video ends with the dad painting his white picket fence the colors of the rainbow.

Is it a little on the nose? Sure, but the film's message that "a loving world starts with a loving home" is a poignant one — especially amid current events. In addition to Florida's controversial "Don't Say Gay" law, transgender students are facing increased discrimination and violence.

"'The' Note is not Oreo's story," Oreo senior brand manager Olympia Portale said in an interview with Fast Company. "Oreo is there to lend our megaphone to the community we want to support, to illustrate the message we, as a brand, want to stand behind is a great place to start."

Instead of engaging with the message of allyship, several conservatives pundits responded by vowing to boycott "gay cookies."

In a more concise tweet, Lila Rose, the founder of a movement dedicated to ending abortion, told Oreo to "stop sexualizing children."

With the passage of the controversial "Don't Say Gay" law, Florida Republicans revived the deadly "queers recruit" myth. While Oreo is newly feeling the heat, Disney has thus far been a more prominent recipient of conservative wrath.

As Salon's Amanda Marcotte recently wrote, "Fox News has run a dizzying number of segments accusing the company of 'sexualizing children' and creating 'propaganda for grooming.' This is unhinged QAnon stuff, designed to give credence to the conspiracy theories of the growing right-wing cult that believes Democrats run a secret conspiracy of blood-drinking pedophiles."

Kelly followed up his tirade about the sexualization of the Oreo with a tweet comparing the taste of the creme-filled chocolate cookies to "driveway gravel."

"Not MOIST. Even Nabisco knows the truth--the cookies are too DRY," Kelly wrote in his review of the more than 100-year-old sandwich cookies. "Milk Reliant, not a stand alone cookie. Go with the FIG NEWTON. We don't care about Mr Fig's orientation!"

Commenters quickly pointed out the hypocrisy of Ben Shapiro's attempted barb by sharing images of him shopping at Home Depot in 2021.

Ben Shapiro, who infamously weighed in on a different moist-to-dry spectrum after listening to the Cardi B and Megan Thee Stallion song "WAP," tweeted a link to "The Note." The accompanying caption read, "Your cookie must affirm your sexual lifestyle."

Commenters quickly pointed out the hypocrisy of Shapiro's attempted barb by sharing images of him shopping at Home Depot in 2021. Georgia's controversial Election Integrity Act of 2021 — which President Joe Biden dubbed "Jim Crow in the 21st century" — was then under a tremendous amount of heat from major corporations like Coca-Cola and Delta.

As Forbes reported at the time, Home Depot, on the other hand, stayed silent — prompting calls for a boycott. In a show of support, Shapiro filmed himself shopping at the home improvement retailer and emerging from a check-out line with a single piece of wood in a plastic bag.

As Zachary Petrizzo wrote for Salon in 2021, conservatives love to announce boycotts of prominent brands — but they somehow never pan out as planned.

"By the end of the boycott, an unknown number of Fox News viewers were just left with expensive coffee machines they had tossed off balconies or otherwise obliterated."

"Then there was the occasion in 2017 when Sean Hannity fans destroyed their Keurig coffee machines to back the Fox News host after the company pulled its ads from Hannity's program over his defense of Alabama Republican Senate candidate Roy Moore," Petrizzo wrote. "Hannity tried to save the advertiser (and the valuable ad dollars) by giving away 500 Keurig machines, but it was too late. By the end of the boycott, an unknown number of Fox News viewers were just left with expensive coffee machines they had tossed off balconies or otherwise obliterated."

In 2016, angry Breitbart readers dumped Kellogg's cereal down toilets because the manufacturer of Corn Flakes wanted nothing to do with Breitbart News, whose former executive chairman was Steve Bannon.

And in 2021, Trump called for a boycott of Coca-Cola over the company's aforementioned objections to Georgia's Election Integrity Act. As recounted by Salon, a Coke bottle was spotted on Trump's desk only a few days later.

To that end, it will be interesting to see just how long conservatives' newfound allegiance to Fig Newtons and Hydrox cookies lasts.

More stories at the intersection of food and politics: