“This is why people gotta vote, elect better people cause you got these dum a**es representing states” 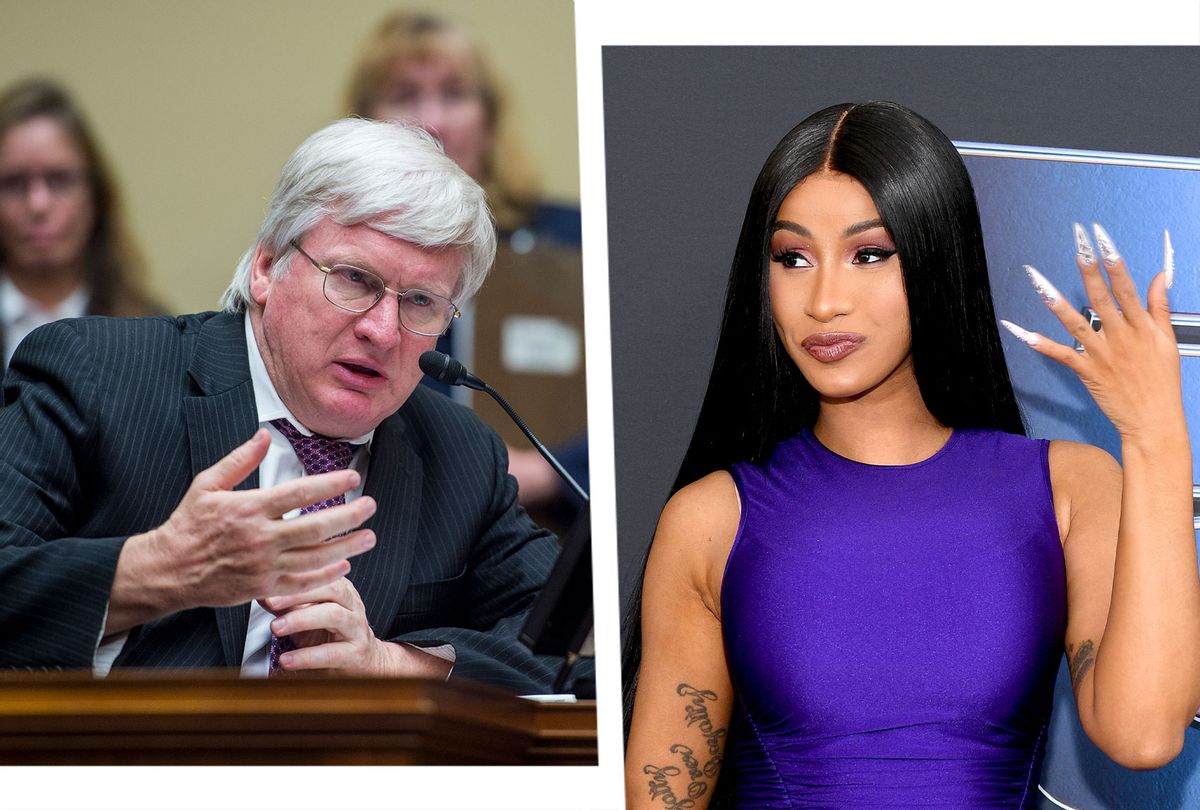 Glenn Grothman and Cardi B (Photo illustration by Salon/Getty Images)
--

Rapper Cardi B snapped back at a Republican congressman on Thursday after he decried her more than month-old performance at the 2021 Grammy Awards during a speech from the House floor, saying it was "inconsistent with basic decency" and should have been censored by the FCC.

The speech from Rep. Glenn Grothman, a Republican from Wisconsin, was a return to the raging culture wars surrounding Cardi B and Megan thee Stallion's "Wap" — which stands for "wet a** pussy" — a song that conservative pundits and legislators alike pounced on as a sign of what they see as, in Grothman's words, the "moral decline of America."

But Cardi B, a Grammy Award-winning artist, was quick to strike back on Twitter, telling the congressman that there were bigger things that he should be worried about —  namely, a spate of high-profile police killings and the subsequent nationwide protests over police violence.

"I think we all been on the edge this week since we seen police brutality back to back including watching one of the biggest case in history go down DUE to police brutality," the "WAP" singer wrote. "But wait ! This is wat state representative decide to talk about."

It was the latest media misstep from Grothman, who has made a career out of strange statements going back all the way to his days in the Wisconsin state Senate.

In a 2010 speech, Grothman, who was at the time embroiled in a contentious Republican primary, said a "war on men" was destroying America, and that "gals" have an unfair advantage at work in the form of undeserved promotions. Though, "in the long run, a lot of women like to stay at home and have their husbands be the primary breadwinner." In 2014, he led a campaign against the weekend, saying that taking days off from work was "goofy" and "a little ridiculous," while promoting the idea that "all sorts of people want to work seven days a week."

He's also a staunch supporter of voter ID laws and other restrictive voting measures, like the slate of reforms recently passed in Georgia, and let slip in 2016 that he believes these measures will help the GOP win elections in the long term. More recently, Grothman made a bizarre local television appearance on St. Patrick's Day to talk about the Marxist and "anti-family" roots of the Black Lives Matter Movement — all while wearing a discount-store sparkly green top hat.

Rather than focusing on pop culture, Cardi B also suggested in a later tweet that the Wisconsin congressman should be paying attention to his own state, and using his platform to demand justice for Jacob Blake, a Black man who was shot and paralyzed by a white officer in Kenosha, Wisconsin.

The "Bodak Yellow" rapper also called on U.S. voters to stop "giving seats to F***** IDIOTS" and blamed Republicans for the lack of justice for the victims of police brutality.

"This is why people gotta vote, elect better people cause you got these dum a**es representing states."