No, same-sex marriage is not "settled": The GOP base demands more anti-LGBTQ extremism 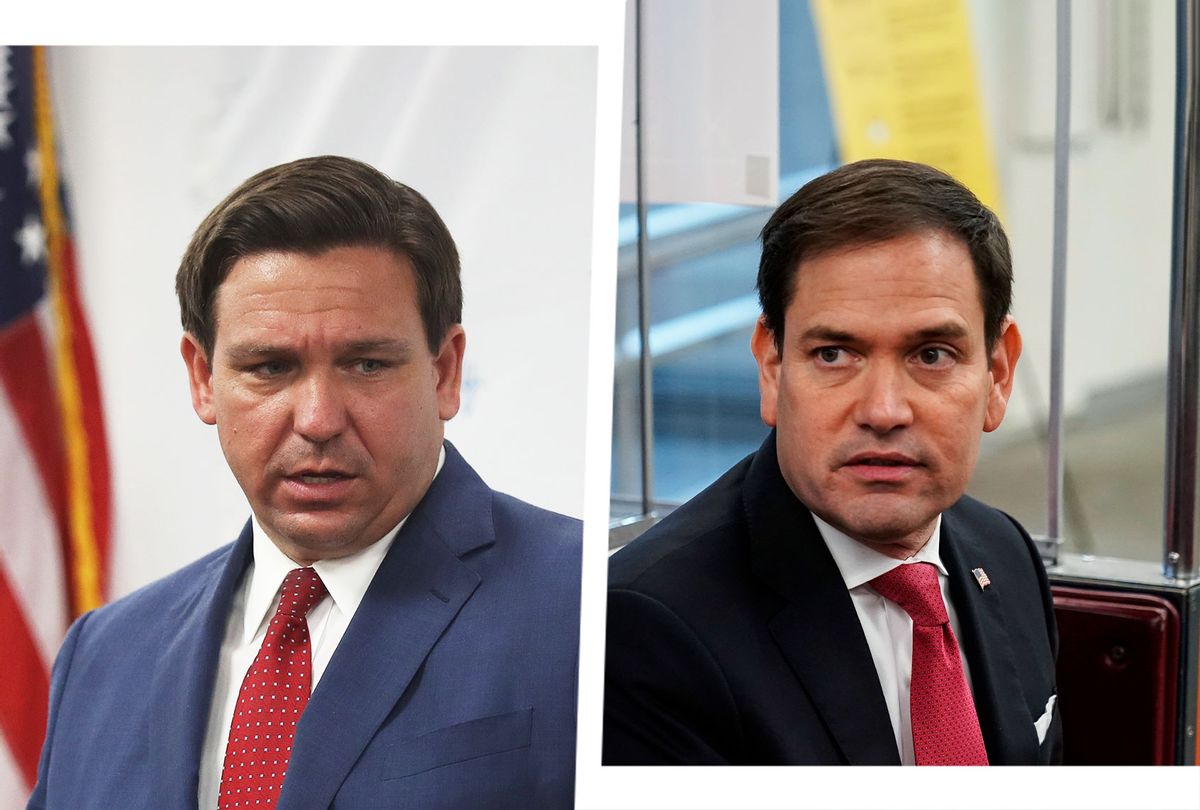 Some of the best news out of the culture war front has been the fast-growing acceptance of same-sex marriage among Americans of all political stripes. Considering the rancorous debates that have been going on for decades over reproductive rights and racial equality, this has seemed like a rare bright spot in an otherwise intractable polarization on all the issues pertaining to the evolution of our cultural norms around race, gender and sexual orientation. Just last month Gallup released a poll showing that 71% of Americans now approve of same-sex marriage, an astonishing leap forward from only a few years ago.

It's hard to believe that it was only 18 years ago that the Republicans, including the "compassionate conservative" George W. Bush, won the 2004 election partially on the basis of nationwide ballot initiatives banning gay marriage — while Democrats were loudly blaming advocates and supporters of marriage equality for their loss. Republicans used the issue as a favorite wedge during that period to divide Democrats and some of their Christian, Hispanic and Black constituents who were not yet on board with the idea. It was all quite effective. In 2008, they even managed to get Blue California to ban same-sex marriage with a ballot proposition and state constitutional amendment known as Prop. 8. The issue tied the Democrats up in knots, with presidential candidates trying to split the baby by opposing marriage equality but supporting civil unions or making fatuous paeans to states' rights, while Republicans characterized them as out-of-the-mainstream radicals.

In 2012, the country was evenly divided on the issue and President Barack Obama finally came out in favor of gay marriage (pushed by his vice president, Joe Biden) still insisting that states should be able to choose for themselves. Public opinion moved very quickly after that. By 2015, when Obergefell v. Hodges was decided in favor of a federal right to same-sex marriage, Gallup showed that 60% of Americans were in support. Democrats took it as a political victory, which it was, since many had lost races because of their support for the issue. (The rare Republican who ventured into the fray and voted in favor also paid a price. )

It had been a very hard-fought battle but it lasted for a relatively short period of time. The issue bubbled up very quickly in the 90s and by 2015, LGBT people had gained the right to marry. It was almost a miracle considering our endless fighting over basic human rights in this country. In fact, it was downright strange. What happened to all of the anti-gay conservatives?

You need to take a closer look at that polling which shows that 71% of Americans now support gay marriage. Although it's been growing generally, PRRI's polling has Republican support at still only 51% and Gallup has it at a high water mark of 55%. That's a majority — but it wouldn't even be enough to pass legislation in the U.S. Senate. Republicans represent tens of millions of Americans who remain opposed to marriage equality, most of whom are Evangelical Christians and conservative Catholics, also known as the GOP base — the base that worked feverishly for decades to put six extremist justices on the Supreme Court to enact their theocratic agenda.

They will say that it is "settled law" and point to Justice Samuel Alito's reassurance that the court will not use the same logic they used in Dobbs to overturn Roe v. Wade as if everyone who supports marriage equality just fell off a catering truck full of gay wedding cakes.

These are the most powerful bloc of voters in America and they know what they want. They do not want gay marriage and no one should fool themselves into thinking otherwise. They're just patient.

You will hear many right-wing commentators and politicians brushing this concern off as nothing more than election year hype from the Democrats. They will say that it is "settled law" and point to Justice Samuel Alito's reassurance that the court will not use the same logic they used in Dobbs to overturn Roe v. Wade as if everyone who supports marriage equality just fell off a catering truck full of gay wedding cakes. Please. Every justice on the court said that Roe was "settled law" in their confirmation hearing and Alito's comment had Roberts and Kavanaugh, the two conservatives who pass for institutionalists, written all over it. It's obvious which way the wind is blowing and everyone knows it.

As I noted a couple of days ago, canny politicians like Ron Desantis are trying to walk a fine line with the abortion issue, knowing that a large majority of the public is against taking away the right to choose. But as one of the nation's premiere culture warriors, he needs some red meat to throw to the base and he clearly believes that LGBT issues are the ticket but he's done it by going after easy targets --- transgender kids, public school teachers. Following the strategic advice of Christopher Rufo, the latest right-wing wunderkind responsible for the contrived "CRT" controversy, and likely primed by the QAnon pedophile panic, he's pushed the notion that gay teachers are "grooming" kids. But he's only sidled up to the issue of gay marriage very obliquely by backing the "don't say gay" bill that precludes teachers from even mentioning their own same-sex marriage in schools. He's for it except when he isn't.

There's a reason for this.

While 70% of Florida Republicans swoon over these bigoted measures, they only get a bare majority of support overall. DeSantis is taking a risk that may not pay off. If he adds overt opposition to gay marriage, he will really have a problem.

The Republicans know the law isn't so "settled" after all and think that codifying Obergefell is tantamount to court intimidation.

On Tuesday, the House of Representatives voted to protect marriage equality by passing the Respect for Marriage Act. 157 Republicans voted against it and only 47 supported it. If the law was so settled, you'd think it would have been unanimous. Ohio Rep. Jim Jordan, R-Oh., gave away the game:

Apparently, the Republicans know the law isn't so "settled" after all and think that codifying Obergefell is tantamount to court intimidation.

Democrats have realized that these contentious culture war issues do not only go one way. In fact, these days it's the Republicans who have a problem with their base and a divided constituency. So they are calling for votes on same-sex marriage, contraception and other issues to put Republicans on the record.

Perhaps someone should ask Ron DeSantis if he believes that Florida should finally remove the same-sex marriage ban that's still on the books in Florida? I'd imagine the voters would be interested to know. Or perhaps they should ask Florida GOP Senator Marco Rubio if he stands by his words back in 2015 when he said, "It is the current law. I don't believe any case law is settled law. Any future Supreme Court can change it." Even after a direct threat from a sitting Supreme Court justice, Rubio played dumb: "What's the threat?"

Indeed it can. And a majority of the Republican Party is counting on it. It's up to the Democrats to make sure that the rest of the country knows that.