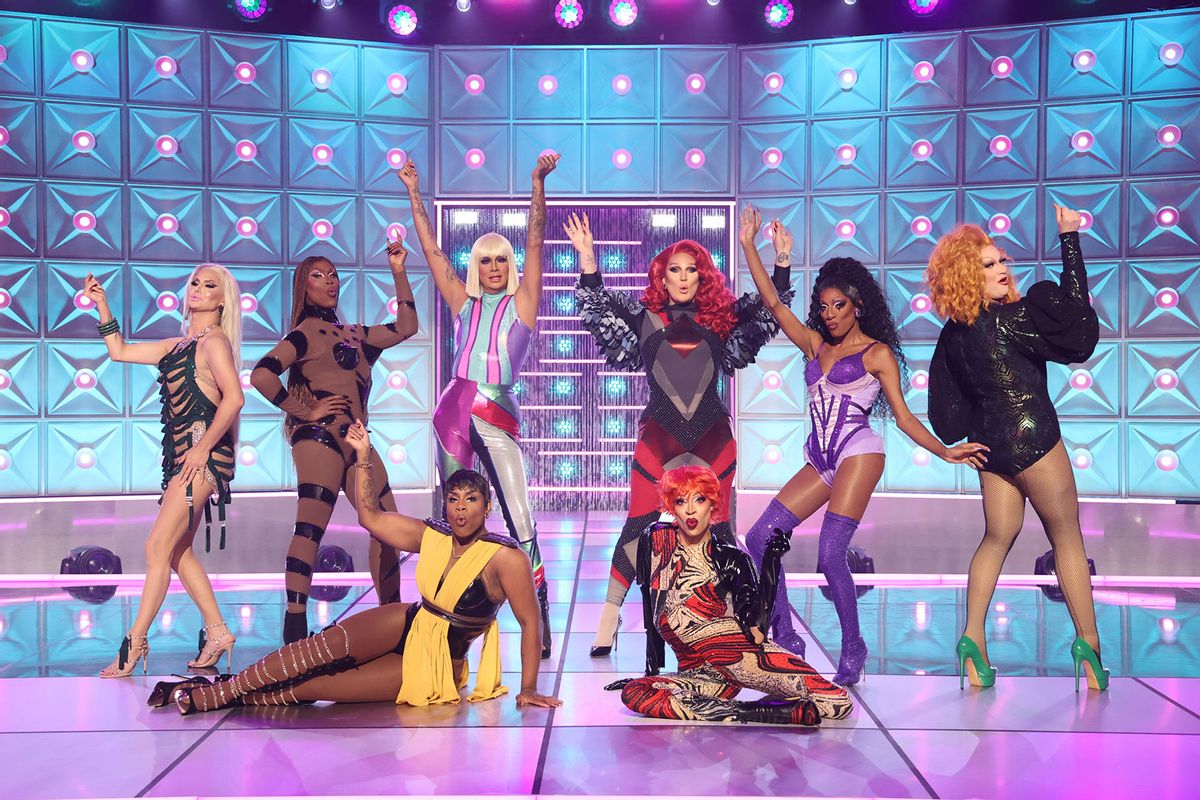 Drag queen culture is exceptionally rich when it comes to language. In fact, many Gen Z and Millennial slang terms, from shade and tea to slay, actually originated in the queer ball scene decades ago. But for every phrase you do know, there may be one that you're not yet familiar with. Read on for 11 of our favorites, from dusted to purse first.

If someone says you look dusted, you should thank them. The term is a high compliment that HomoCulture's Triston Brewer describes as "looking flawless, polished, and perfect." It's sometimes cited as the opposite of busted, which describes someone who looks disheveled, unpolished, or just plain bad.

If someone calls you a bar queen, they probably don't expect any sincere thanks. The diss usually implies that you're only good enough to perform in bars, rather than booking larger and/or more esteemed establishments.

Reading someone is pointing out their flaws. "So it's almost as if I'm opening up a book and the book has statements about how terrible you are," Detox explained for "Vanity Fair." This tradition of trading insults was covered in the classic 1990 documentary "Paris Is Burning" and continues to be considered an art form in today's drag culture. Someone will often kick off a reading session with the phrase "The library is open."

Garage doors are eyelids covered in a single color of eyeshadow — so solid that when a queen opens and closes her eyes, it looks like garage doors opening and closing.

An eleganza extravaganza (or extravaganza eleganza) is exactly what it sounds like: A gathering where everyone and everything is exceptionally elegant and glamorous. Here's an example offered by queens Princess Pop, Manila von Teez, and Mary Scary for CapeTownMagazine.com: "The only appropriate way to celebrate the acquisition of my new David Tlale shoes is to throw an extravaganza eleganza."

Cheesecake or Miss Cheesecake is another term referenced in "Paris Is Burning." "Some children will ask me what I meant by 'Miss Cheesecake.' That means you must not only have a body, but you must be sexy. A lot of people have bodies but are not sexy," Avis Pendavis explains in the film. "Luscious body, body that moves, body that's delicious," Mariah Balenciaga described it.

"Serving realness" means you're so fully embodying a certain persona that it appears authentic. As Dorian Corey defined realness in "Paris Is Burning," "It's not a take-off or a satire. No, it's actually being able to be this." "RuPaul's Drag Race," for example, has had contestants serve "country realness," "Meryl Streep realness," "Soul Train' realness," and "fierce jazzercise realness."

"No tea, no shade" essentially means no offense or no disrespect. You're not trying to be gossipy or insulting — you're just telling it like it is.

A kiki is a laid-back gathering at which queer people relax, catch up, and often gossip. According to "WIRED," the word — meant to mimic the sound of laughter — originated in Black and Latinx queer circles.

During his first appearance on "RuPaul's Drag Race," Bob the Drag Queen finished creating his outfit early and spent the extra time fashioning a purse. He then walked the runway with his arm outstretched, purse in hand, and the catchphrase purse first was born. It doesn't have a strict definition, but people who walk into a room purse first are typically exhibiting confidence. In 2016, Bob even released a song titled "Purse First."