Dog parent–shaming is the new mom-shaming: Why the internet is furious over your pet-rearing skills

As research into dog intelligence has advanced, aggression towards "dogfluencers" has become commonplace 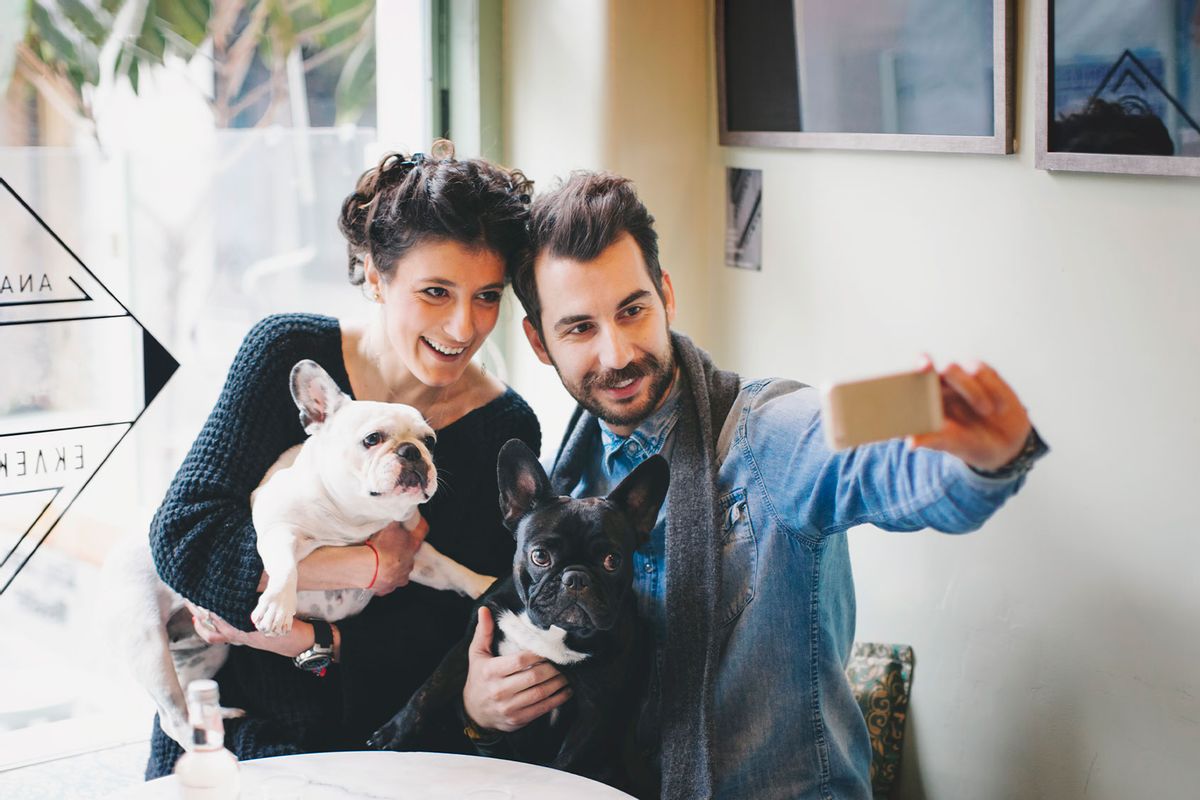 Five years ago, Jeannie Assimos adopted a mini pinscher from the Humane Society in Pasadena, California.

"He was super shy, not socialized — he had been abused, so, I kept going back and seeing him and he wasn't very friendly," Assimos explained. Still, she decided to take a chance on him. "I brought him home and he hid behind my couch, but I pulled him out and said, 'no, Buddy, we're going to be friends."

From that day forward, Jonny has never left her side. On his Instagram page, Jonny the Min Pin, it's hard to tell how much trauma Jonny endured. To his nearly 10,900 followers, Assimos shares Jonny's adventures at the beach and sometimes hanging out with his "best friend" Santo, who is a pitbull. While the Instagram feed is full of joyful photos, a small but visible number of Assimos' followers are obsessed with shaming her and her dog-parenting skills.

RELATED: Do dogs miss us when we leave?

Just as social media has provided a platform for parents to give each other their unsolicited opinions on how to parent their kids, the same curious trend is happening in the world of so-called dog parenting. Showing pictures of one's child in the online sphere is always a minefield: cultural differences mean that a swathe of people are bound to disagree with one's parenting habits. But curiously, this critical lens extends beyond the human realm, and into pet-rearing.

Assimos first noticed the trend about a year ago when she posted a video of Jonny at the beach, chewing on a stick.

The phenomenon of "mom-shaming" has been known and studied since the era when mommy blogs first emerged. "Dog parent– shaming," however, is a newer phenomenon.

"Then I got this lady DMing [direct messaging] me about how irresponsible I was as a dog mom, and that he could get splinters from this stick and that I was a horrible dog parent basically," she said. "I've had people someone DM me, 'How can you let your dog hang around that pit bull?'"

Additionally, some viewers criticized Assimos for dressing her dog in clothes. "Some thought it was mean," she mused. Assimos, for her part, takes it with a grain of salt: "I think it's par for the course when you put things out there on social media, I am so detached I could care less, and know that I give my rescue dog Jonny an amazing life," Assimos said. "I have encouraged others to adopt this attitude, but some find it difficult."

That random internet strangers would have such strong opinions about pet-rearing, and moreover would be inclined to loudly and furiously share them, suggests something deeper lurking within our collective psyches — some penchant for pedantic criticism and anger directed towards strangers that, somehow, bubbles up from the sociological ether via the catalyst of cute pet pictures and videos.

Assimos has observed other "dog influencers" shut down their account because of such hate. Indeed, such shaming behavior isn't exclusive to influencers on Instagram, but seemingly anyone who shares any tidbit about their dogs online.

The phenomenon of "mom-shaming" has been known and studied since the era when mommy blogs first emerged; the neologism refers to situations in which mothers are shamed on social media by those who criticize their parenting. Yet dog parent–shaming is a newer phenomena.

As blogging evolved in the early 2000s, and parents moved away from getting information from traditional sources, many parents took to sharing their own parenting experiences via blogs and social media. But what was meant to be a space to share the more intimate and personal details about parenting turned into a place for strangers to shame each other. As Danielle Campoamor wrote in Romper in 2018, "at a time when we share so much of our personal lives — including our parenting decisions — online, more and more mothers are finding ourselves defending our decisions from, of all people, other moms." A mother of a three-year-old at the time, Campoamor said she had "experienced call-out culture via the internet more times than I care to count." One time, she was attacked for placing her son on Santa's lap.

So how and why did this type of shaming move from human parenting to the world of pet parenting?

Sarah Hodgson, a pet trainer, behavior consultant, and author of several books including "Modern Dog Parenting," told Salon that when she started her career, dogs were considered to be pets and treated like them (although there were some cultural variations). But about 15 years ago, more scientists began to research the dog's brain. For example, research conducted by Stanley Coren published in 2009 showed that dogs' mental abilities are close to a human child aged 2 to 2.5 years old. That changed the way that many perceive dogs.

"So now it's widely accepted that dogs are like little children, and they stay like toddlers forever, so all of a sudden the parenting just kind of followed that wave," Hodgson said. "And for people like me who have just been obsessed with dogs my entire life — I've always felt that but now, people write about it, science writes about it, and social media has had this explosion."

With this evolution in how we perceive dogs, Hodgson said it's no surprise that dog-parent shaming became prominent.

"It's a very divisive time in our history, everybody likes to know more and be better and be in the right, that's what we do as a species now, which is kind of ridiculous," Hodgson said, adding that dog-parents should take a page from human parents in being a "good enough" parent.