In breaking up with Kim Wexler, "Better Call Saul" maps a noble end to a stellar portrait of a lady

We may not have seen the last of Rhea Seehorn's audience favorite, but if this is how she goes out, that's a win 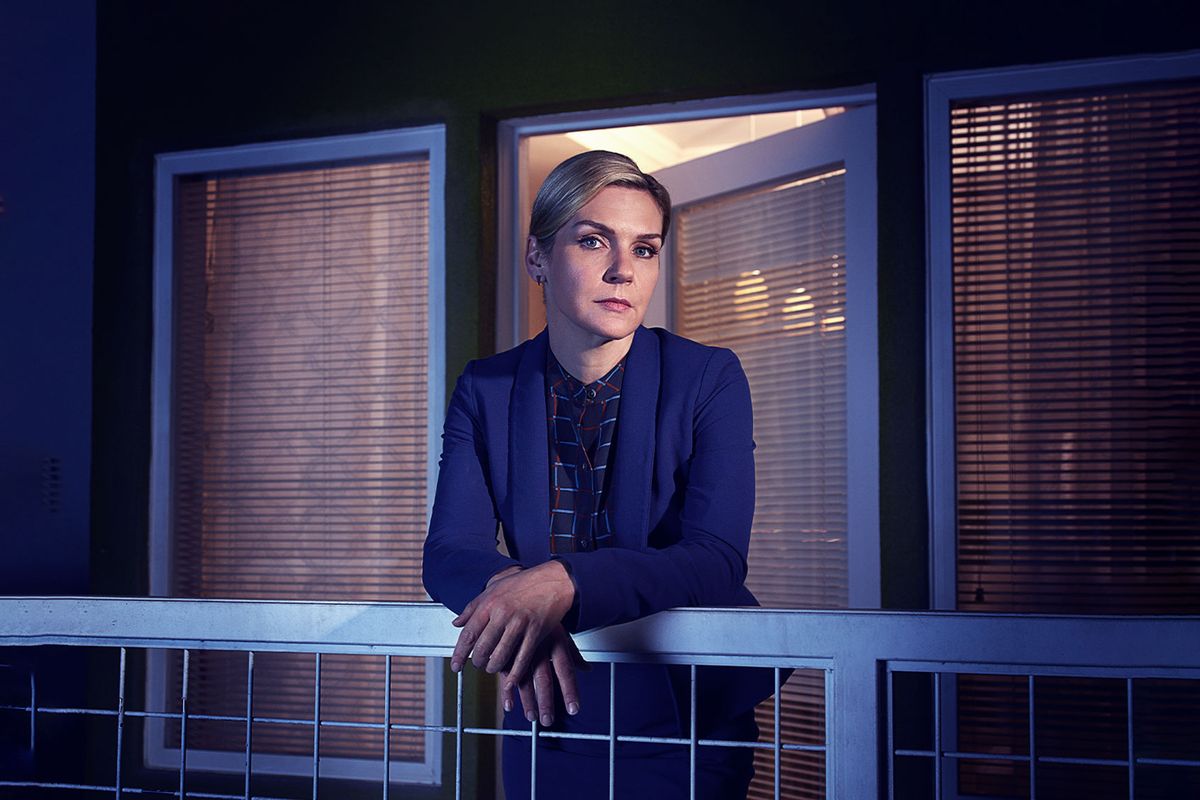 As part of the historic run of "Better Call Saul," Kim Wexler and Jimmy McGill will go down as one of TV's greatest storied couples, although for reasons other than their smolder. They never had that – no offense to the multiple Emmy-nominated Rhea Seehorn and Bob Odenkirk, the outstanding actors who make this pair work.

The audience understands Kim and Jimmy aren't bonded by lust. No, what fuels their love is mutual validation.

For much of the series, and the couple's relationship, that dynamic appears to be one-sided. Kim and Jimmy start out as co-workers in the mailroom of his brother Chuck's law firm. But she works her way up the ladder to become a litigator, unencumbered by sibling hatred or personal vendettas but still subject to standard workplace sexism cloaked in the language of paying dues.

The more she and Jimmy are kicked around, the closer she shifts to Jimmy's way of viewing the world as a place that rewards corner-cutters and ruthless scammers. And once she finds a version of work-life balance that suits her – valiant public defender by day, revenge artist in her off-hours – her balancing act with Jimmy levels out.

There are so many reasons the two of them shouldn't have worked and, at least cosmetically, good reasons that they should. Kim and Jimmy is a marvy couple moniker, after all. Fun-loving Kim and Jimmy.

But as Kim and others point out, they're a problem. "You're like Leopold and Loeb, two sociopaths," Howard Hamlin says to them in the last words he ever speaks. When cartel fixer Mike Ehrmantraut (Jonathan Banks) arrives to clean up the corpse that their long con leaves in its wake, he tells them to act like nothing happened, invoking the names of Laurence Olivier and Meryl Streep. They're two of the greatest actors of the modern age, but tough to picture as a couple.

Kim and Jimmy enjoy inspired, ruthless good times, the kind that doesn't generally end well. Fortunately for Kim and all who love Seehorn's portrayal, "Better Call Saul" doesn't close the door with her death in its ninth episode, "Fun and Games." Instead, it kills her partnership with Jimmy.

"You were asked if you were bad for me. That's not it. We are bad for each other," Kim says to Jimmy during its dramatic climax, following her reveal that she's quit the legal profession and is moving out of their apartment. "Apart, we're OK. But together, we're poison." 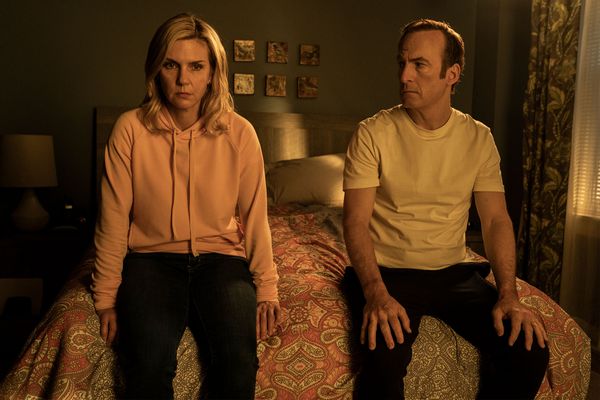 Rhea Seehorn as Kim Wexler and Bob Odenkirk as Saul Goodman on "Better Call Saul" (Greg Lewis/AMC)For many seasons fans feared Kim's absence from "Breaking Bad" meant she was destined to be knocked off, another piece of collateral damage caused by Jimmy's misdeeds. But the reality is far more provocative and, honestly, a relief. After years of TV dramas uplifting troubling men while their reasonable, rightfully upset wives and partners were deemed shrews, Kim Wexler walks out of her old life heroically, her respectability intact.

As I previously wrote, Kim always stood out in a lineup of characters who equate success with money, risk, and how far they'll go to get ahead and get one over on their enemies as morally stalwart. She was more like us than Jimmy or Mike or Gus Fring (Giancarlo Esposito) or even Howard.

Across six seasons the writers and Seehorn steadily, expertly built Kim from a woman with many unanswered questions about her character bio into someone who presents a serene front while doing excellent work and secretly masterminding a few terrible acts. We also knew very little about who she was and where she came from until recent seasons and episodes when we met her mother and found out that con artistry is in her blood.

Long before the writers dropped that detail into "Better Call Saul" lore, we see Kim steadily, subtly pulling away from the behavioral standards of the average person, demonstrating her willingness to slip along with Jimmy and persuade herself that her cheap thrills didn't cause any lasting harm.

And when he started to let his baser nature rise to the fore, she was shocked at times but never horrified enough to walk away.

One clue of the chilly current running through her veins comes at the start of this season when she finds the mug she bought for Jimmy to mark his first big success as a straight world-edition of a lawyer has taken a bullet.

She stares at it and tilts her head with slightly irritated curiosity before, a few moments before they're about to get into a cab, casually tossing it into a trash can. For many people, finding out a loving gift has been desecrated by a gangster's bullet, for crying out loud, would be a deal breaker. Not for Kim.

But this doesn't make Kim a pushover or enabler. It's her version of accepting the price of partnering with Jimmy. She says as much in her breakup speech, telling him she stuck with him through all the awful things they were doing to good people like Howard because she was having too much fun. 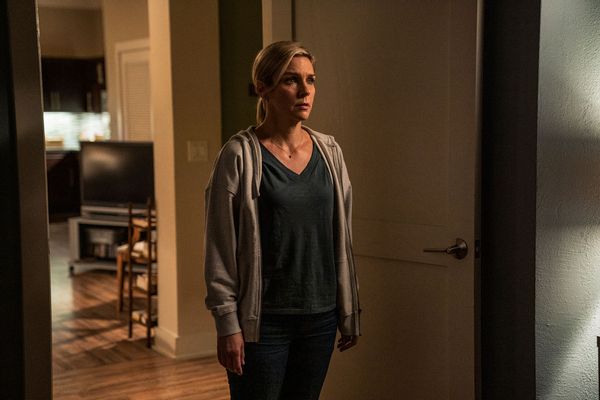 Rhea Seehorn as Kim Wexler on "Better Call Saul" (Greg Lewis/AMC)By subtly painting that gradual slide, the show's writers coaxed the audience into loving and caring about Kim with a similar fervor to that of previously established characters. And in a universe where victory is determined by wealth, power, and staying alive, winner takes all, Kim pulls out a victory by ditching her entire life, including the man who brought out her inner grifter.

Nine years ago Anna Gunn, who played the "Breaking Bad" antihero's wife Skyler, wrote an opinion piece for the New York Times titled "I Have a Character Issue." Through that column she pushed back against the vitriol her character inspired among viewers. Walter White, the high school chemistry teacher turned methamphetamine kingpin, is the show's protagonist who also manufactures an illicit substance that ruins people's lives – and that's before you get into the violence and murder he's a party to.

But as much as viewers adored Walter White, they despised his Skyler for having the gall to be upset with her husband for risking her life and the lives of their children by trading in his legal, respectable teaching career to consort with violent criminals.

"As an actress, I realize that viewers are entitled to have whatever feelings they want about the characters they watch," Gunn wrote. "But as a human being, I'm concerned that so many people react to Skyler with such venom. Could it be that they can't stand a woman who won't suffer silently or 'stand by her man'? That they despise her because she won't back down or give up? Or because she is, in fact, Walter's equal?"

When contemplating Kim's trajectory in "Better Call Saul," it's as if series creators Vince Gilligan and Peter Gould always had that paragraph in mind.

Kim has never been the long-suffering type, and Seehorn never played her that way.

That's the part about this farewell that's so wonderful, whether it's the definitive goodbye or simply the start of it. Kim has never been the long-suffering type, and Seehorn never played her that way. She makes her someone who knew exactly what she was doing at every step, grew into the prankster she wanted to be, and is smart enough to realize that none of what she's doing, legally or illegally, jibes with want she wants.

This gives her breakup speech the equivalent of Walter White's moment of truth, at long last, before Skyler: "I did it for me," he admitted after years of claiming he was building his meth empire for her and the kids. "I liked it, I was good at it, and I was really . . . I was alive."

People love that "Breaking Bad" quote because it validates Skyler's resentment while confirming Walter's ruthlessness, which is precisely what makes him such a popular character.

Kim hasn't fully broken that way, but she turns the same energy on Jimmy, flipping the Walter-Skyler dynamic when he tries to halt the speeding train of their breakup with a humble, "Hey . . . I love you."

"I love you too," she whispers, before following that with, "But so what?"

In talking about Kim at the end of the first season, Seehorn – who, at the time, likely had very little idea of how her character would evolve – observed, "They give me these moments where I tell [Jimmy] don't make it personal about Hamlin . . .  But then she smiles when she sees he's pulled off this amazing stunt with a guy falling off a billboard. And I think she enjoys him, and I think that the people she thought 100% defined what's good have started to crumble around the edges."

Comparing sixth-season Kim Wexler to who she was then makes her journey all the more astounding since Seehorn herself hadn't a clue who her lawyer would turn out to be. Then again all she is what she's always been, which is to say someone who simply wants to be satisfied. That's more along the lines of what the average person wants. But what sets her apart is her willingness to act on her impulses to behave as terribly as Howard says.

In that same monologue, he also calls her "one of the smartest and most promising human beings I've ever known."

We know both to be true. That's why it's wonderful to picture her being alive and living in a colorful, brighter future, presumably someplace far, far away from Gene Takavic and Saul Goodman.