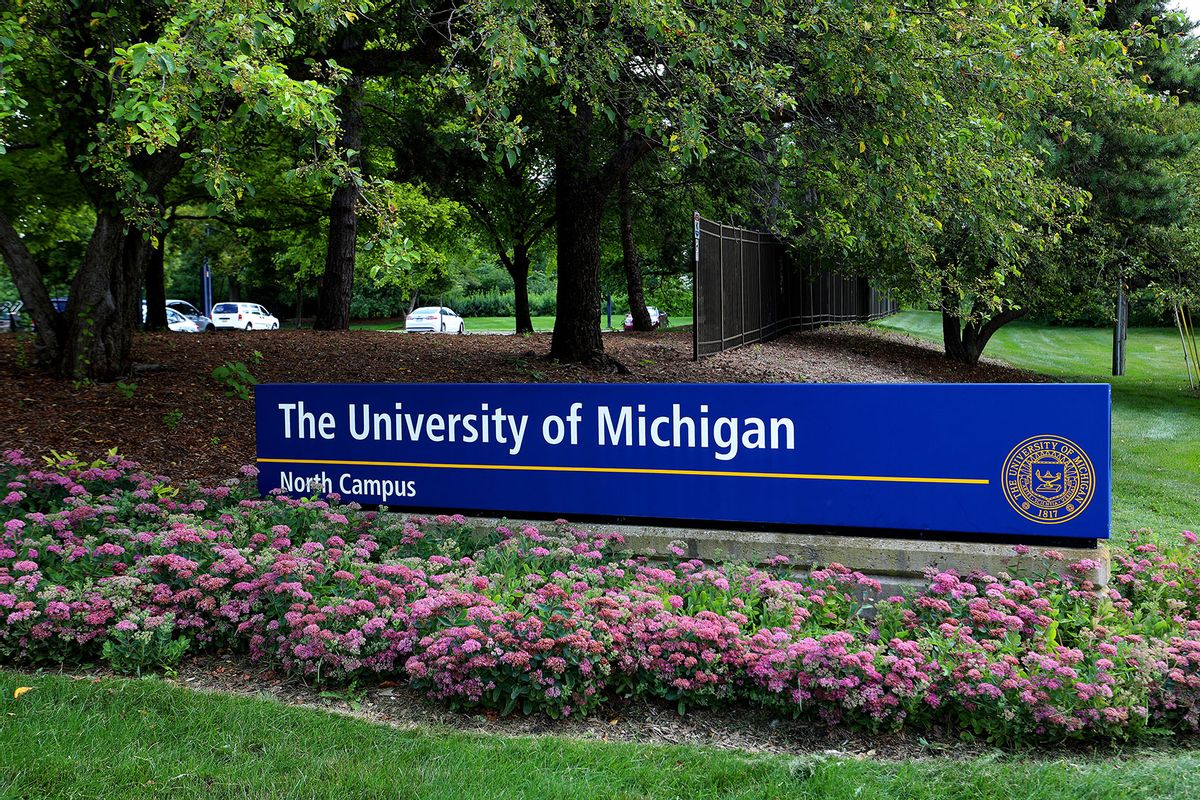 Medical students at the University of Michigan walked out of an anti-abortion speaker's keynote address on Sunday after petitioning the event.

Shortly after Dr. Kristin Collier, a pro-life professor of medicine at the University of Maryland Medical System (UMMS),  took the stage, dozens of students began filling out the auditorium. The school was hosting its white coat ceremony, an informal ritual that symbolizes the transition from student to healthcare professional.

"I want to acknowledge the deep wounds our community has suffered over the past several weeks," Collier started in her speech. "We have a great deal of work to do for healing to occur," she added. "And I hope that for today, for this time, we can focus on what matters most: coming together to support our newly accepted students and their families with the goal of welcoming them into one of the greatest vocations that exist on this earth."

Collier has made numerous anti-abortion remarks in the past. Back in May, she reportedly wrote that it was an expression of feminism to fight for "prenatal sisters" who had been subjected to "the violence in the act of abortion."

"Holding on to a view of feminism where one fights for the rights of all women and girls, especially those who are most vulnerable. I can't not lament the violence directed at my prenatal sisters in the act of abortion, done in the name of autonomy," she tweeted in May, adding: "Liberation that costs innocent lives is just oppression that is redistributed."

Her keynote address came weeks after some 340 students at the University of Michigan Medical School signed a petition protesting Collier's speech, according to The Michigan Daily.

"While we support the rights of freedom of speech and religion, an anti-choice speaker as a representative of the University of Michigan undermines the University's position on abortion and supports the non-universal, theology-rooted platform to restrict abortion access, an essential part of medical care," the petition read.

Some conservative outlets have expressed outrage at the students' actions.

"They should be ashamed of their actions, and they need to take a moment to seriously reflect on whether they will be able to properly discharge their obligations when they finish medical school," wrote The National Review.

After the demonstration, the University of Michigan Medical School refused to accept any blame for booking Collier.

"The University of Michigan does not revoke an invitation to a speaker based on their personal beliefs," a spokesperson for the school reportedly wrote. "However, the White Coat Ceremony will not be used as a forum to air personal political or religious beliefs; it will focus on welcoming students into the profession of medicine."