"Nobody should get a pass for it. It's nothing short of an embarrassment" 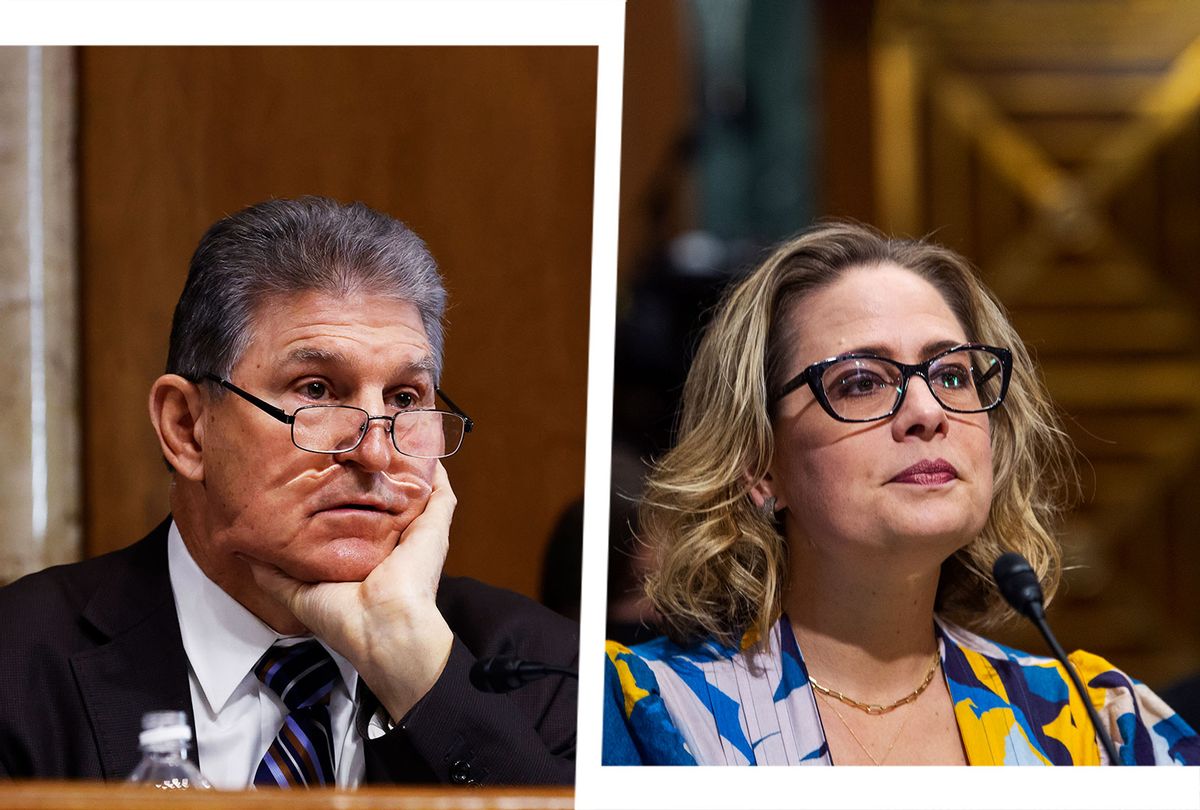 Not a single Democrat in either the House or the Senate voted yes in 2017 when Republicans and then-President Donald Trump—hellbent on delivering big for their wealthy donors—rammed through legislation that slashed the corporate tax rate to 21% and lowered the top marginal rate for the richest people in the United States.

But despite the law's deep unpopularity with the American public, it remains largely intact five years later even as Democrats—many of whom campaigned on reversing some or all of the regressive GOP tax law—narrowly control Congress and the presidency.

The persistence of the Trump tax law, which delivered a massive windfall to the rich and corporate forces that helped shape the measure, has drawn growing attention in recent days as Democrats head into the crucial November midterms having failed to pass the bulk of their domestic policy agenda, largely due to the obstruction of Sen. Joe Manchin, D-W.Va.

While Manchin voted against the Tax Cuts and Jobs Act of 2017 and has voiced support for at least partially rolling back the law, he has repeatedly blocked progress on a legislative package that would include tax increases targeting large companies and ultra-rich individuals.

Sen. Kyrsten Sinema, D-Ariz., too, has stood in the way of corporate tax hikes, imperiling Democrats' efforts to finance child care, Medicare expansion, and other priorities by bringing in more federal revenue. Sinema, then a member of the House, joined Manchin and other right-wing Democrats in opposing the Trump tax cuts in 2017.

"There are many implications to the failure of talks on what was once the Build Back Better Act and what is now the Negotiate Prices on Ten Drugs Starting in 2026 Act of 2022 (working title)," The American Prospect's David Dayen wrote in a column earlier this month, sardonically referencing the watered-down package that Senate Democrats are currently negotiating.

"But one of the biggest is that the Trump tax cuts will make it through the first two years of the Biden administration unscathed—and could very well become permanent, a symbol of the one-way ratchet in favor of the top 1% that characterizes U.S. policymaking," Dayen continued. "If the so-called party of the people cannot raise taxes on the ultra-rich they have little purpose other than being yet another handmaiden for the wealthy in Washington."

"If you have unanimous opposition to a bad policy with no real political proponents and then can't get a single thing done about it in the space of five years, it speaks to an essential malfunctioning at every level of the party and the process," he added. "Nobody should get a pass for it. It's nothing short of an embarrassment."

Amy Hanauer, executive director of the Institute on Taxation and Economic Policy, echoed that assessment in an interview with the Wall Street Journal on Tuesday, calling Democrats' failure to undo the Trump tax cuts "a crushing defeat in a lot of ways—and really inexcusable."

"I'm not going to pretend we're happy about it or I'm capable of my usual hopeful take on things," said Hanauer. "It's a pretty tough moment."

On the campaign trail in 2020, then-presidential candidate Joe Biden vowed to "get rid of the bulk of Trump's $2 trillion tax cut," which the Democratic contender criticized as "irresponsible."

Now, a year and a half into his presidency, Biden and his party are barreling toward the November midterms with their congressional majority at stake and that promise unfulfilled. Democrats argue that given Manchin and Sinema's obstruction, they need a larger majority in the Senate to pass their agenda, including repeal of the tax law.

Absent any changes to the law, the rate cuts for individuals and households under the Tax Cuts and Jobs Act are set to expire in 2025. The reduction in the corporate tax rate, though, was made permanent by the measure's Republican authors.

"If the question is where do Democrats go from here, it feels like the short answer is nowhere," Vanessa Williamson, a senior fellow and tax expert at the Brookings Institution, told the Journal. "You can't just keep asking people to vote harder. If a party is in power, people expect them to be able to achieve the things they want to achieve."