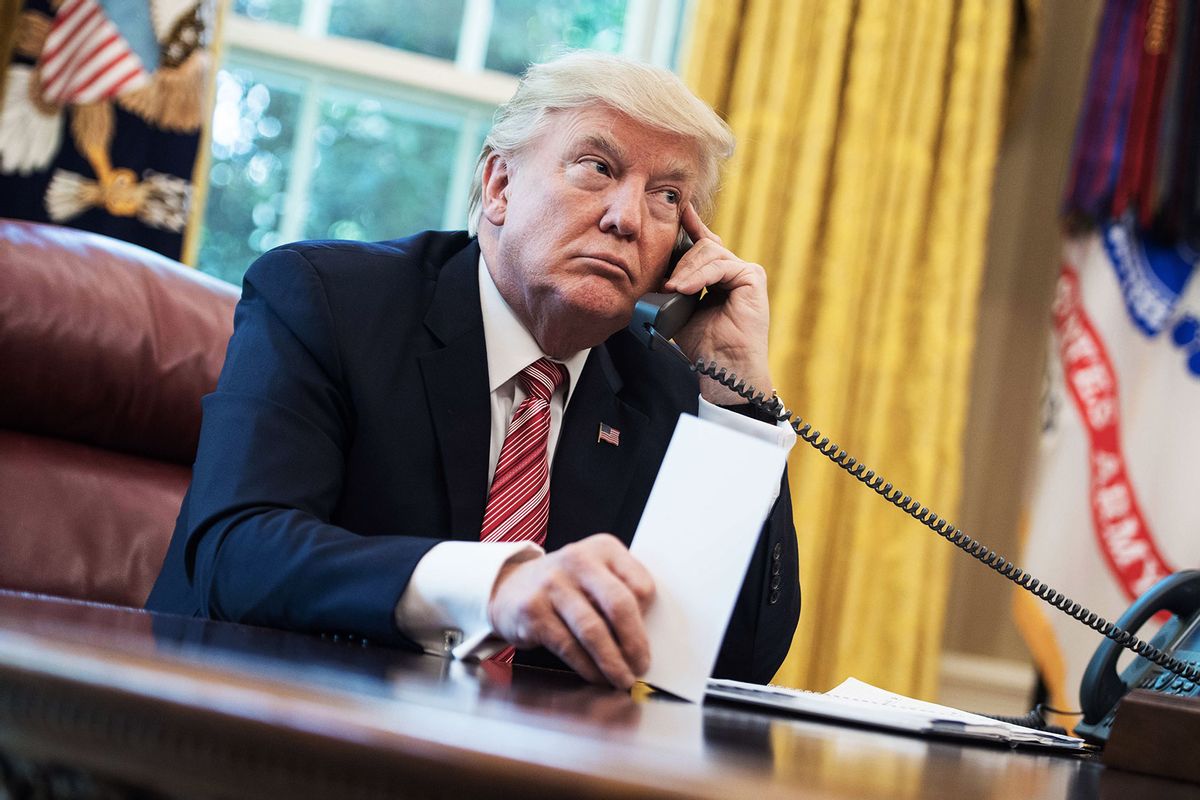 US President Donald Trump waits to speak on the phone with Irish Prime Minister Leo Varadkar to congratulate him on his recent election victory in the Oval Office at the White House in Washington, DC, on June 27, 2017. (NICHOLAS KAMM/AFP via Getty Images)
--

Former President Trump has announced that he plans to move forward with a lawsuit against CNN for what he believes are acts of defamation against him that date back to 2016.

The 282-page letter from Trump's attorneys to CNN, dated July 21, states that "Without regard for President Trump's genuine belief in his statements, CNN has published numerous articles characterizing him as a 'liar' and the purveyor of the 'Big Lie,'" as reported by The Hill.

"I have notified CNN of my intent to file a lawsuit over their repeated defamatory statements against me," Trump said in a statement. "I will also be commencing actions against other media outlets who have defamed me and defrauded the public regarding the overwhelming evidence of fraud throughout the 2020 Election. I will never stop fighting for the truth and for the future of our Country!"

Judge rips Palin's bid to re-sue NY Times for defamation: You don't have "even a speck of evidence"

The intended purpose of the lawsuit is to encourage CNN to retract or "amend" statements made both in print, as well as on-air, that Trump and his counsel deem defamatory. Examples of such statements listed in the 282-page letter deal in good portion with CNN referring to Trump's belief that the 2020 election was stolen from him as "baseless."

In reference to Trump and CNN's coverage of "The Big Lie," the letter states "CNN's on-air personalities – including John King, Jake Tapper, John Avlon, Brianna Keilar, Don Lemon, and Jeffrey Toobin, among others – have continued to use the phrase in describing President Trump's subjective state of mind despite an apparent admonition from their Chief Executive Officer."

"In this instance, President Trump's comments are not lies: He subjectively believes that the results of the 2020 presidential election turned on fraudulent voting activity in several key states. Furthermore, the repeated characterization of President Trump lying was distinctly at odds with CNN's treatment of individuals claiming President Trump's 2016 was 'illegitimate' or based upon 'Russian interference,'" the letter furthers.