"The seal was plastered on towels, golf carts and other items," The Washington Post reported 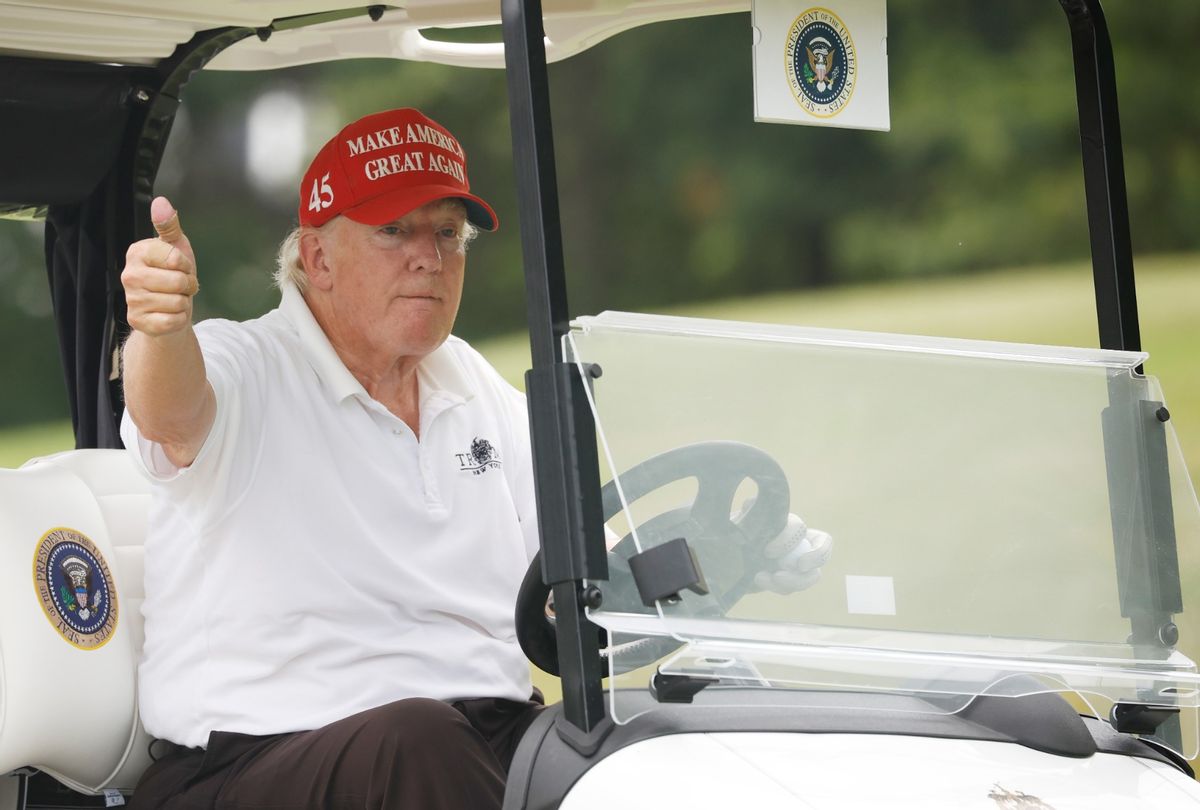 Former U.S. President Donald Trump gives a thumbs up during the pro-am prior to the LIV Golf Invitational - Bedminster at Trump National Golf Club Bedminster on July 28, 2022. (Cliff Hawkins/Getty Images)
--

The article is illustrated with a picture from Associated Press photographer Seth Wenig showing the presidential seal and Trump's signature on a towel attached to his golf bags.

"The seal was plastered on towels, golf carts and other items as the former president participated in the pro-am of the Saudi-sponsored tournament Thursday," the newspaper reported. "While violating this law could result in imprisonment of 'not more than six months,' a fine, or both, these punishments are rarely doled out."

Trump's golf course in the Bronx was implicated in October followed by Florida's Trump National Golf Club Jupiter in November.

And the presidential seal was also seen at Trump International Golf Club in West Palm Beach, Florida in June.