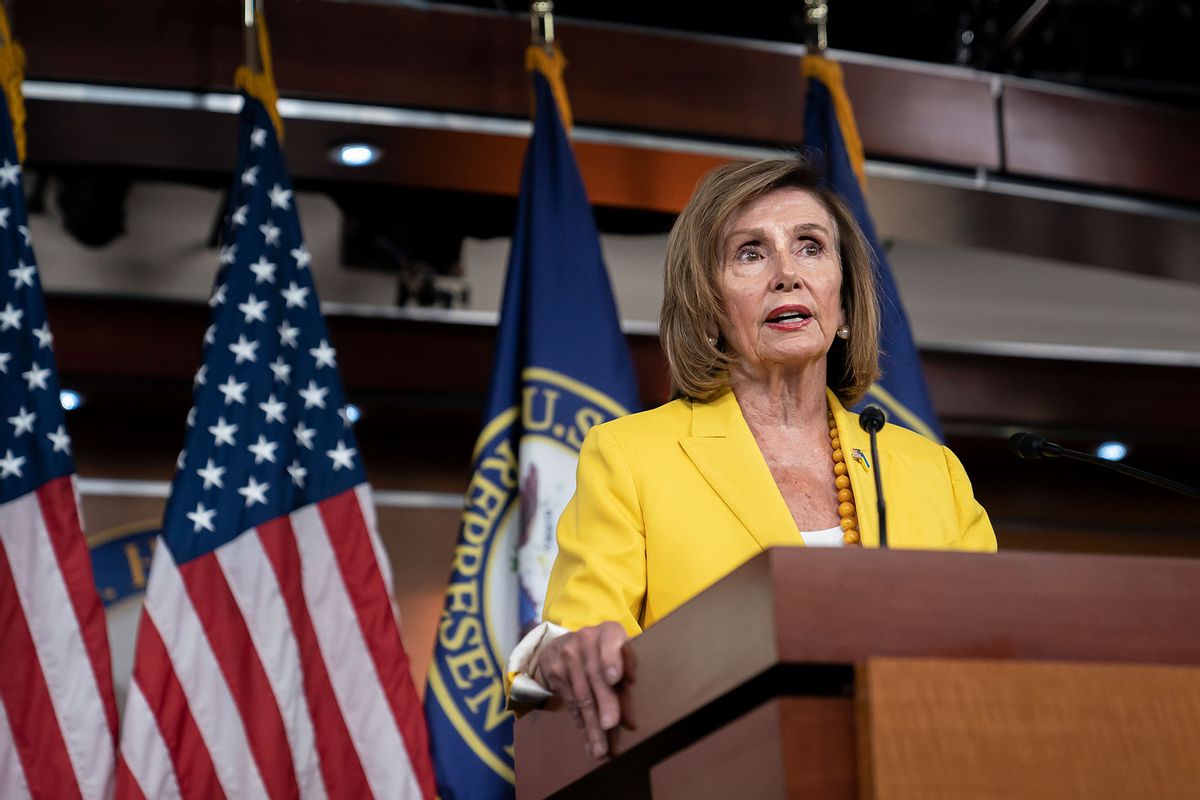 House Democrats will finally vote Friday on a package of gun control reforms following a series of deadly mass shootings — but the bill's coupling with a massive police funding package has angered some activists and gun violence survivors.

Amid possible fears of being perceived as "weak on crime" in the upcoming midterms, centrists in the House of Representatives teamed up with some members of the Congressional Black Caucus (CBC) to craft legislation aimed at threading the needle on police accountability and public safety. According to Politico, however, progressives in the House believe they have enough votes to kill the deal.

The chamber was expected to hold a vote on the measure this week, but unexpectedly pulled the bill from consideration after the House Oversight and Reform Committee held a hearing on the role of gun makers in driving the country's epidemic of mass shootings. Contained within the bill were provisions that would ban assault weapons, supply police departments with new grant money, and heighten liability faced by gun manufacturers. However, intra-party tensions on each of the issues stalled the bill.

Progressives, for their part, have taken issue with providing more funding to law enforcement as police budgets have ballooned in response to a recent wave of violent crime. Meanwhile, police are continuing to kill Americans at an alarming rate, revitalizing concerns around police brutality and the need to shift federal resources toward mental health and poverty. As a result, many members of the CBC have argued that improved accountability mechanisms should be put in place if more money is directed to police departments.

At the same time, a handful of conservative Democrats, including Rep. Henry Cuellar, D-Tex., and Rep. Kurt Schrader, D-Ore., have objected to the measure's assault weapons ban.

The deal has sparked the ire of numerous gun rights advocates, including David Hogg, a survivor of the Marjorie Stoneman Douglas High School shooting in Parkland, Florida.

Over Twitter, Hogg suggested that he and other advocates had been misled and argued that the Democrats are "afraid of the effect it will have on moderates in midterms."

"They won't have the votes come August because there will be major backlash against reconciliation," he added, noting that the party is considering a separate bipartisan bill on climate and healthcare. In the end, he added, Democrats would be "killing our chances of passing an assault weapons ban in the house."

Even if the House did pass a gun reform package today, the measure would almost certainly see a Republican filibuster in the Senate.