15 facts you didn't know about the Helen Keller movie, "The Miracle Worker"

The 1962 film starring Anne Bancroft and Patty Duke became the stuff of legend for their bold, combative roles 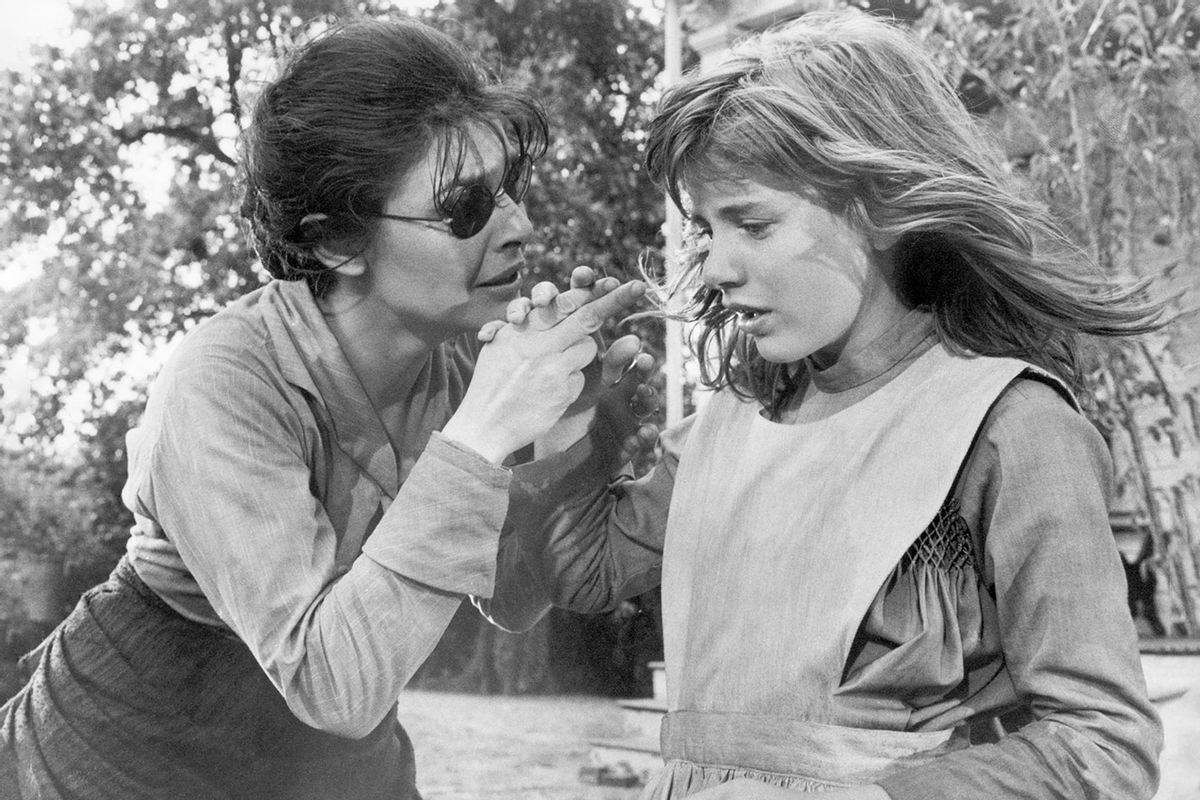 The story of Anne Sullivan's efforts to teach Helen Keller, a young Victorian-era blind and deaf girl, how to communicate is so well-known, it's taken on an almost legendary quality.

Helen had grown up in a family that had no clue how to communicate with her, much less raise her to be self-sufficient and a part of society. Signing was limited to a few gestures the Kellers developed for Helen at home, and at dinner she notoriously walked from family member to family member, using her bare hands to grab food  from each plate.

This early childhood and the pivotal mentorship by Anne Sullivan are dramatized in the 1962 film "The MiracleWorker," starring Anne Bancroft as the tenacious teacher and Patty Duke as her initially combative student. The most memorable scenes are the physical confrontations as Annie would force Helen to conform to certain behaviors (like staying seated during dinner and using utensils to eat) and the epiphany when Helen – who had lost her sense of hearing and sight at 19 months – finally connects that the signed word "water" is the liquid being pumped into her hands. That moment opens up the world to her. The film was critically acclaimed, earned two Oscars for its leads and more importantly became staple viewing for elementary school children across the country.

Sixty years after the movie's debut on July 28, 1962, this classroom practice seems to have been discontinued, judging from more recent (and ableist) conspiracy theories that deny Helen Keller was able to achieve many of her accomplishments or that she existed at all. While Keller was a real person, her story certainly has been embellished and twisted to become almost mythical. "The Miracle Worker" no doubt contributed to that.

Here are 15 things you might not know about the 1962 version of "The Miracle Worker":

Overall, Penn's film was critically acclaimed with raves for both Bancroft and Dukes' commitment to their roles. Many film critics, however, were simultaneously admiring and yet startled by the physicality of that extended dinner table fight scene. Time Out London cited how the actors "spark off each other with a violence."

Bosley Crowther of the New York Times wrote: "Because the physical encounters between the two ... seem to be more frequent and prolonged than they were in the play and are shown in close-ups, which dump the passion and violence right into your lap, the sheer rough-and-tumble of the drama becomes more dominant than it was on the stage . . .  The bruising encounters between the two . . . are intensely significant of the drama and do excite strong emotional response."

14
"The Miracle Worker" raked in awards, with Patty Duke making history at the Oscars
Patty Duke won a Best Supporting Actress Academy Award for her performance as Helen Keller, which was an accomplishment twice over. She was the first child star to win a competitive Oscar, whereas before, young stars such as were only awarded honorary Juvenile Oscars. In addition, at 15 years old, she was the youngest actor at the time to have won an Oscar, until Tatum O'Neal won for "Paper Moon" at age 10 in 1973.  When talking about this achievement during the interview, Duke said, 'The role won the award."
15
In 1979, Patty Duke returned to"The Miracle Worker," but this time as Anne Sullivan

While Patty Duke had been associated with "The Miracle Worker" throughout her life, she cut her teeth on the role of Helen Keller. The 1979 made-for-television movie allowed her to return to the beloved story, but this time as the honored teacher.

"I did not want to do an imitation of Anne Bancroft, I wanted it to have its own signature,'' Duke said during her interview with the Commonwealth club. "So I finally got the courage enough and called her [Anne Bancroft], she said, 'Oh, honey, that's wonderful!" Duke received  a Primetime Emmy for her work.