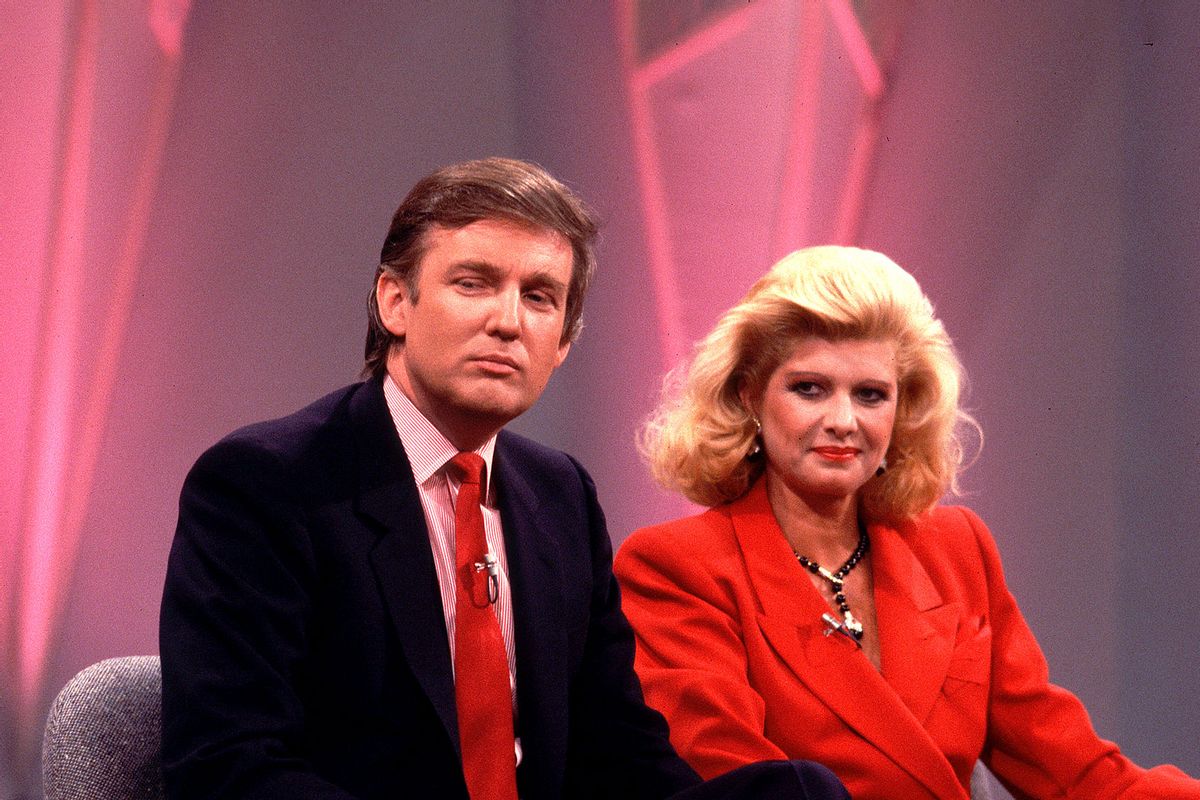 The gravesite for Ivana Trump, Donald Trump's ex-wife who passed away last month, could mean a tax windfall for the former president, who owns the New Jersey golf course on which she is buried.

Ivana Trump, who was buried in Bedminster, a New Jersey township home to the Trump National Golf Club Bedminster, died of blunt impact injuries at 73 after falling down a staircase in her Manhattan home last month. The New York Post reported that her funeral was held "not too far from the main clubhouse."

According to ProPublica, the Trump family trust previously worked to establish a non-profit funeral business in Hackettstown, New Jersey, located just twenty miles from Ivana Trump's gravesite. That business, if operational, is "exempt from the payment of any real estate taxes, rates and assessments or personal property taxes on lands and equipment dedicated to cemetery purposes," according to the New Jersey tax code. However, reports suggest that by burying his ex-wife on the course, Trump might be able to reclassify his golf course as a cemetery, qualifying the estate for those same exemptions.

For over a decade, the former president has planned to build a cemetery on the grounds of the Trump National Golf Club Bedminster, as Insider noted. In 2007, Trump told the New York Post that he wanted to be laid to rest in the "beautiful land" of Bedminster. In 2012, NPR reported that Trump had been approved by the city's town council to build his own 500-grave mausoleum. The former president's original blueprints, which included "four imposing obelisks," were reportedly shot down after city officials deemed his plans "overwhelming and garish," The Washington Post reported. Since then, Trump has reportedly augmented the project into a "10 plot-private family cemetery," later deciding that it would accommodate as many as 284. Despite these changes, the memorial park has never materialized.

Following news of Ivana Trump's gravesite, reportedly in close proximity to the first tee, numerous experts postulated that the former president might be receiving tax advantages for choosing to bury his ex-wife on his golf club.

"As a tax researcher, I was skeptical of rumors Trump buried his ex-wife in that sad little plot of dirt on his Bedminster, NJ golf course just for tax breaks," tweeted Brooke Harrington, a professor of sociology at Dartmouth. "So I checked the NJ tax code & folks...it's a trifecta of tax avoidance. Property, income & sales tax, all eliminated."

Harrington added that there is "no stipulation regarding a minimum # of human remains necessary for the tax breaks to kick in--looks like one corpse will suffice to make at least 3 forms of tax vanish."

Jay Soled, Director of Rutgers Masters in Taxation Program, was more skeptical of the idea that Ivana Trump's burial was a tax play, calling the notion "a bit overkill." Soled speculated that there was a "reasonableness standard" that the former president would probably not clear in a state audit. It's more likely, Soled added, that this a "typical Trump technique of expenditure, misclassification that he can much more readily classify otherwise personal expenses as being deductible."

It wouldn't be the first time the former president has attempted to lower his tax burden on the New Jersey estate.

Back in 2019, HuffPost reported that Trump slashed his tax bill by designating the golf course as a farm by owning livestock on the premises. Consequently, he was taxed that year at $6 an acre rather than $462. The property maintains a herd of goats as well as resources for farming and woodcutting, according to The Wall Street Journal.

The course is currently under federal scrutiny for possibly providing officials with erroneous asset valuations for tax reasons.

Reports about Ivana Trump's burial comes as the Bedminster course hosts a Saudi-funded LIV golf tournament, which this weekend featured Fox News host Tucker Carlson and U.S. Rep. Marjorie Taylor Greene, R-Ga. The tour has been criticized over links between Saudi officials and 9/11 hijackers, as well as the murder of Washington Post journalist Jamal Khashoggi at the hands of Saudi Crown Prince Mohammed bin Salman. Trump used the presidential seal, apparently illegally, during the tournament.