Trump himself also plans to be buried there, stating it's his favorite property 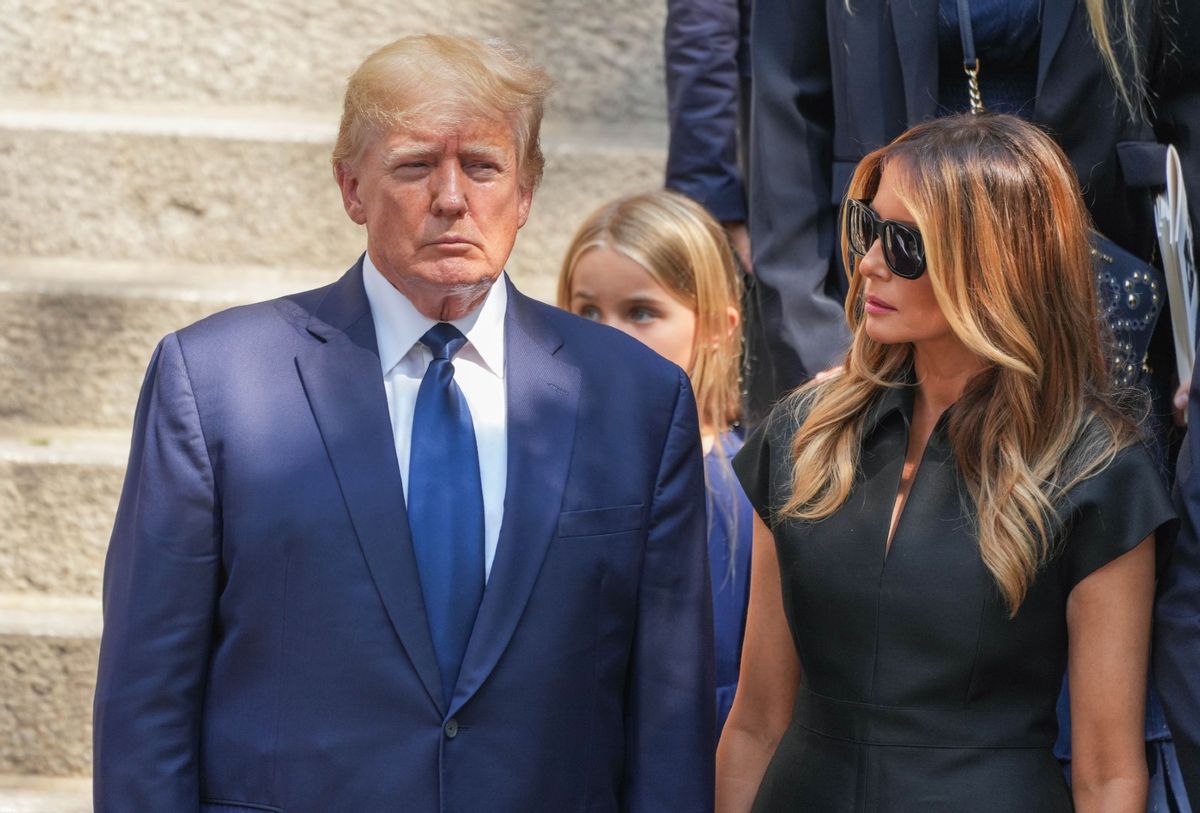 Donald Trump and Melania Trump are seen at the funeral of Ivana Trump on July 20, 2022 in New York City. (JNI/Star Max/GC Images/Getty)
--

Ivana Trump, the first wife of former President Donald Trump, has been buried at Trump National Golf Club in Bedminster, New Jersey, where Trump himself plans to be buried one day.

On the day of Ivana's funeral, held last Wednesday at St. Vincent Ferrer Church in New York, the plot for her burial site was "consecrated so that she could have a traditional Catholic burial," according to the New York Times. The simple plaque laid over her grave lists only her name, and her date of birth and date of death, which was July 14, 2022. Her grave is not visible from the main clubhouse, according to New York Post, but is nearby "at the back side of the first tee."

In 2017, former President Trump "conveyed plans to build a 10-plot graveyard that overlooked the first hole of the golf course for family members," the Washington Post reports.

"It's never something you like to think about, but it makes sense," Trump said in the early stages of his cemetery plans. "This is such beautiful land, and Bedminster is one of the richest places in the country."

As several people on Twitter were quick to point out, New Jersey land used for cemetery purposes comes with a significant tax break.

"Business and inheritance taxes are exempt, too," Howard said in a later Tweet. "Also, cemetery property is exempt from sale for collection of judgments."