The evidence supporting a new rape allegation against Trump is strong, but most media barely covered the story 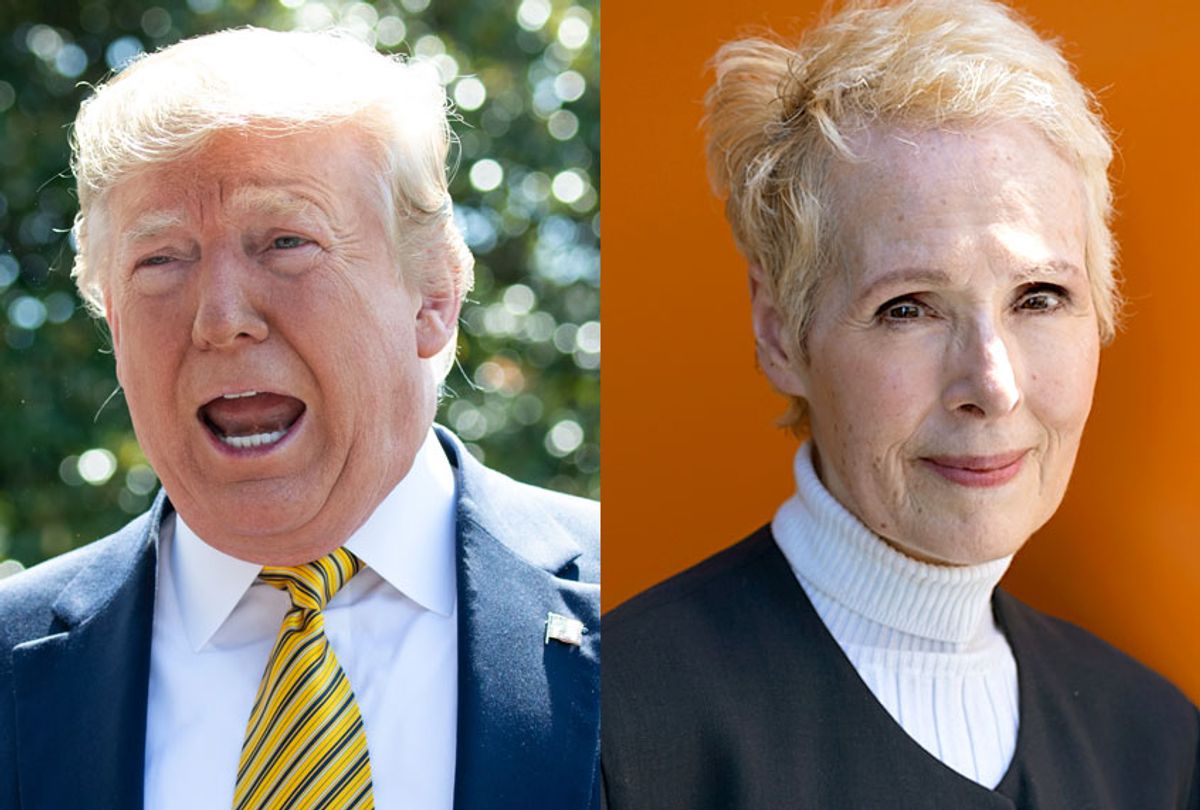 On Friday, veteran journalist E. Jean Carroll publicly accused Donald Trump of rape, writing in The Cut that he attacked her in a department store dressing room in the '90s. This should be an incredibly serious story, deserving of at least the wall-to-wall coverage and outrage that greeted Bill Clinton for his icky-but-consensual affair with Monica Lewinsky. It certainly deserves the same overwhelming amount of coverage that was given to the accusations against Harvey Weinstein, as Weinstein is a fading movie mogul and Trump is currently the most powerful man in the world.

And yet, somehow, the story felt doomed to fade into the background as soon as Carroll, who is clearly feeling serious anxiety about speaking out, first shared her story. As Media Matters demonstrated, nearly all the major newspapers left the story off the front page the next morning, and the one that didn't, the Washington Post, still had it lower on the page than other major stories. Sunday news shows also largely ignored the story.

Part of the problem, no doubt, is that there's so much horrible stuff happening right now — the Republican hawks trying to get Trump to start a war with Iran, the deadly concentration camps growing on the southern border, Trump threatening mass deportations — that it's hard for the news media to adequately capture it all. But that's not the full explanation, as many of these papers front-paged much less important stories than the rape allegation, such as Bernie Sanders's wife's past controversies, NASA's moon rock security protocols, and the efforts to decriminalize psychedelic drugs.

Nor is this one of those "he said/she said" situations that often get relegated to the back pages because newspaper editors fear elevating accusations that have little corroborating evidence. This story is backed by significant evidence. Carroll told two friends at the time. Over a dozen women have already come forward with stories about Trump sexually assaulting them. Trump's first wife, Ivana Trump, also testified during a deposition that he raped her, though she has later tried to retract the word "rape" while not actually retracting the details of what she says he did. (Note that Trump has a long history of controlling his ex-wives by threatening to pull alimony.)

And, of course, there's Trump's recorded, uncoerced confession from the infamous "Access Hollywood" tape in which he, on a hot mic, was caught bragging to Billy Bush about how he likes to corner women and even "grab them by the pussy."  Also noteworthy is that the M.O. Trump described to Bush — taking a woman shopping and then "mov[ing] on her like a bitch" — is what Carroll says he did to her.

In addition, Trump's reaction to the allegations was to tell a transparent and easily disproved lie, by claiming he never met Carroll. In fact, there's a picture of them together in the original story. Trump also somehow remembered the name of the ex-husband of this woman he says he never met.

Trump also issued an unsubtle threat aimed at Carroll and, clearly, any other women who might have similar stories to tell. Someone who lies and intimidates witnesses like that is generally understood to be acting like a guilty person.

While the right wing press is trying to portray Carroll as a crazy person by posting pictures of her wearing whimsical clothing, the truth is that she's a well-respected journalist, exactly the sort of person who would, under most circumstances, be taken very seriously by the mainstream media.

This simply isn't one of those cases when a woman comes out of nowhere with a story that no one can corroborate. This is very much like the allegations against Weinstein: Well-evidenced, part of a pattern of behavior, from a woman who is clearly fighting against her own reluctance to speak out, and towards a man who is already known to be a bully and a misogynist.

No, the likeliest reason that this story isn't getting the heavy coverage that it deserves is that the media has a bias towards stories that are surprising and new. What would be more surprising is hearing a story about Trump not seizing a chance to assault a former beauty queen the second he thought he could get away with it.

I suspect, as well, that the "lol nothing matters" problem is also kicking in, as it's genuinely hard to imagine that this latest allegation, as troubling as it is, will move the needle of public opinion in any way.

After both the 2016 election of Trump and the 2018 confirmation of Brett Kavanaugh to the Supreme Court, despite similarly well-evidenced accusations of sexual assault, it's become clear that Republican voters do not care if their leaders are sexual predators. On the contrary, the reaction of the Trump base to rape allegations tends to be one of self-righteous fury at the accusers, who are clearly viewed as trollops who need to keep their mouths shut.

The official excuse used to justify this right wing anger is to claim accusers are lying, which is often backed up with laughably false conspiracy theories accusing the accusers of working under the table for the Democratic party.

But the uglier truth is that the anger stems from a deeply felt sense of entitlement to women's silence. That's how things have been for decades, if not forever: Men, at least men of privilege, assault women and women, afraid of being smeared as hysterics and homewreckers, stay silent. That's what Trump was bragging about when he said "when you're a star, they let you do it." And at the first hint that this might be changing, the right wing base is lashing out.

Therefore, there's no number of rape accusations, no number of taped confessions, no amount of evidence against Trump that will turn his base against him. Because they don't believe he's innocent. They just don't care if he's guilty. And they think women who speak out about sexual violence are being spoilsports.

This isn't a situation, like the Bill Cosby accusations or even the revelations from the "Leaving Neverland" documentary regarding Michael Jackson, where new information is going to cause people to reassess what they thought they knew and change their minds. Both Trump opponents and supporters are exactly where they were before this latest accusation, with the former correctly believing he's a creepy sexual predator and the latter simply not caring if he's a creepy sexual predator.

But the fact that this story won't shift partisan opinion isn't the only metric of whether it matters. That the president is quite likely a rapist — and that he's demonstrably lying in his denials of rape — should matter, even if 40% of the country doesn't care. Sexual assault, both rape and the "grab them by the pussy" kind that Trump confessed to, is a crime, and it matters that a man who probably should be in jail is instead sitting in the White House.

It also matters that Trump is a sexual predator because it clearly matters to the Trump opposition. The reason the biggest protest in American history was the Women's March stems directly from women's outrage that the nation elected a shameless sexual predator. Women are the backbone of the resistance, and a huge part of why so many women get up every day to fight is Trump reminds them not just how common sexual assault is, but how easy it still is for men to get away with it.

I suspect, therefore, the main reason the media is underplaying this story is that women are still not taken seriously as full citizens and participants in our democracy. The press is still more worried about what Republican men and their wives think than what the majority of American women — 59% who voted for Democrats in 2018 and 54% who voted for Hillary Clinton in 2016 — think.  Women are the biggest story in American politics, but due to sexism, they're still being treated like back page news.