Ivana and me? It’s complicated: A Manhattan feminist's connection to the first Mrs. Trump

I thought I had nothing in common with her, a symbol of '80s excess. But I came to admire her survival skills 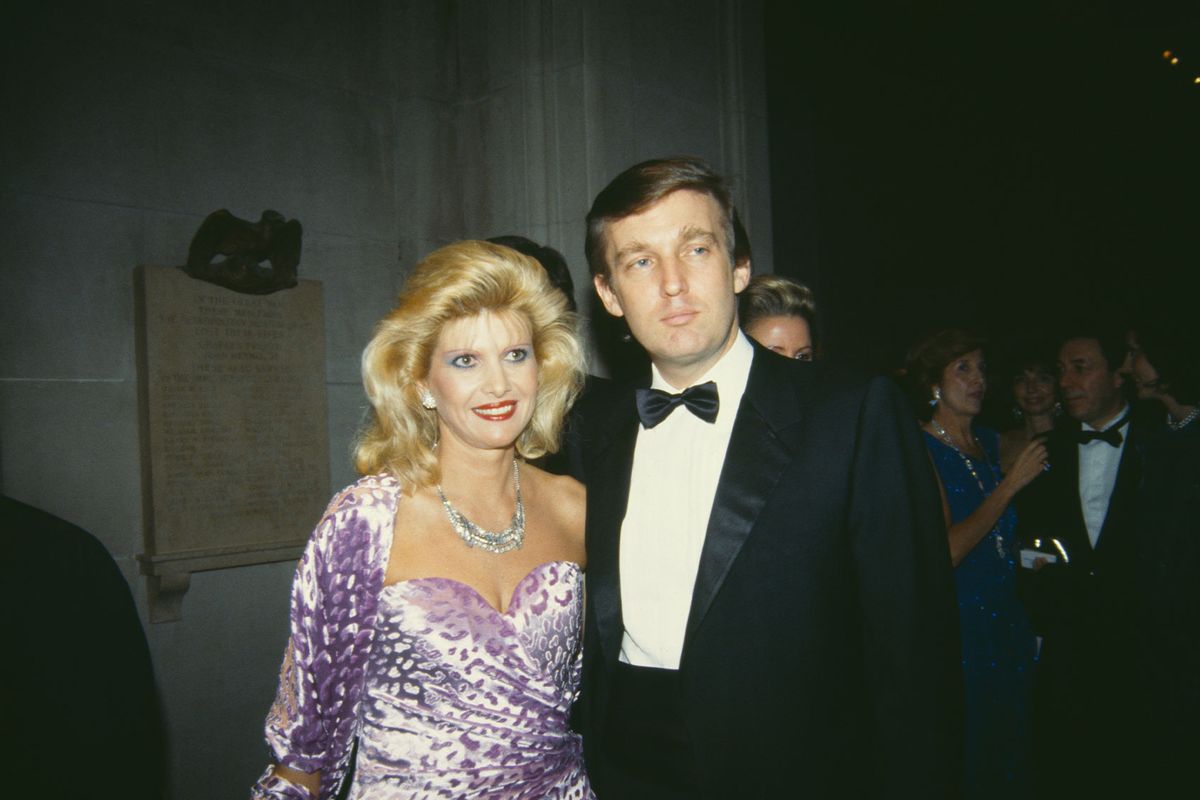 Ivana Trump's funeral is Wednesday on Manhattan's Upper East Side.  Reading that the 73-year-old businesswoman died from tumbling down the stairs of her nearby Manhattan townhouse, I flashed to the famous 1986 photo of her in a red dress and lipstick, sitting at the bottom of the spiral stairs of a different East Side apartment, with Donald and their young kids Ivanka, Eric and Donald Jr. She was 36, at the height of her happiness and power.  It was hard to miss her very public rise and fall.

At 22, Ivana Marie Zelničková married an Austrian ski instructor friend to escape Soviet-era Czechoslovakia. As a 26-year-old divorced part-time model, she met Trump at the New York hangout Maxwell's Plum. He was three years older. Of 600 people at their 1977 church wedding, she said she'd only invited six.

As a liberal, broke downtown journalist, I never liked her husband, politics or opulence. I initially dismissed her as a lady who lunched, a gaudy symbol of 1980s excess. But when I met her at uptown openings and galas that I covered for local newspapers, I saw she wasn't your typical snobby socialite. A warm, chatty only child, she wasn't born with a silver spoon — she'd worked since she was three, she proudly proclaimed. She introduced her parents: engineer Miloš and Marie, a telephone operator. She supported cerebral palsy and AIDS/HIV charities. She was devoted to her three kids, but in interviews she was very open about needing household help. When she boasted of speaking five languages, being an avid skier, having a master's degree and studying for her interior design license, I rolled my eyes, labelling her an overachieving show-off like her husband. I became more interested when she told Oprah he was "a male chauvinist, the worst," and when she stopped cooking for him to design hotel interiors, become the CEO and president of the Trump Castle Hotel and Casino in Atlantic City, and later, manage the Plaza.

As a single workaholic with a master's degree, I wondered how Ivana juggled it all. Turned out, she couldn't. I felt sorry for her when Donald's explosive affair with Marla Maples destroyed her 14-year marriage. Ivana was granted a divorce for his "cruel and inhumane treatment." While freelancing for tabloids, I followed the headlines as Trump married Maples, mother of Tiffany. In what I viewed as a just karmic twist, he and Marla divorced after six years and he remarried a younger model in 2005, the mother of his son, Barron. Long before he was the worst president in American history, his personal life proved he was a disloyal cheater and superficial opportunist, swapping the mother of his three kids and astute business partner for younger, less interesting incarnations of Ivana.

Having been left by several boyfriends over the years for the quieter, less threatening version of myself, I over-identified.

Having been left by several boyfriends over the years for the quieter, less threatening version of myself, I over-identified. Ivana seemed the victim of a career woman's worst nightmare, illuminated by paparazzi bulbs. Like Oprah's audience, I applauded when she told the show in 1992, "I have changed. I will not let men dominate me anymore." I wouldn't either!

Ivana was credited for helping build Trump's hotel empire and predicting his political rise. Yet in a 1994 ABC interview, Donald said he'd made a mistake giving her a management role in his casino, noting that he noticed a change in her demeanor while she was working for him that turned him off. "Ivana would get angry at somebody over the telephone … and she'd start shouting. And I'd say 'I don't want my wife shouting at somebody like that … A softness disappeared … She became an executive, not a wife," he lamented, elucidating a sexist paradox that made my blood boil.

At 35, after I wed an older, brilliant screenwriter, I wanted to collaborate on a project I thought would be wildly successful.  He feared it would ruin our relationship. Though I'd called myself "a raging feminist who loved men and marriage," I backed off. I had zero in common with the fancy blond fashionista who'd played hardball for a $14 million divorce settlement (and was worth a reported $100 million at her death), but recalling her story as a cautionary tale, I kept my business and bank account separate.

As someone who chronicled being unceremoniously dumped in the past, I always admired Ivana's survival instincts.

I admit I rooted for Ivana as she remarried twice, travelled the globe, launched other careers and published four autobiographical books. She poked fun at herself on TV and in a 1996 movie cameo in "The First Wives Club," saying "Don't get mad; get everything." During the 2015 presidential election, when the press resurfaced an accusation she'd made during her acrimonious divorce that Donald had raped her decades earlier, I hoped she'd become a political icon. But she didn't step forward to make history by toppling the patriarchy, instead standing by an earlier statement that she'd felt violated by the encounter but didn't mean the term in a criminal or literal sense.

She remained friendly with her ex, protecting him and their three kids and 10 grandkids. I imagined in some ways she just wanted her family and status back. In 2017, she told Good Morning America she was an unofficial advisor to the 45th president with a direct number to the White House, insisting, "I'm basically first Trump wife. OK? I'm first lady?"

Progressive friends who hate conservatives blame Ivana for abetting Trump's lawlessness that severely damaged our country. But I have relatives I love in the red states of Michigan and Florida, and a new appreciation for Republican Rep. Liz Cheney, watching her rally against Trump in the January 6 hearings. On my shelf is Mary L. Trump's astute bestseller, "Too Much and Never Enough: How My Family Created the World's Most Dangerous Man." It's too easy to paint all Republicans — or Trumps — as villains. As someone who chronicled being unceremoniously dumped in the past, I always admired Ivana's survival instincts.

By lying to and betraying his hardworking wife 32 years ago, Trump showed us exactly who he is. Although I'd never vote for either of them, I can't help but think he wound up cheating the whole country out of a first lady who deserved the role.  Although she insisted she preferred her freedom to life in the White House, I bet Ivana would have actually enjoyed fulfilling the duties of the high profile job, using it to promote philanthropic causes and help someone other than herself. Life isn't fair — especially for ambitious women — but Ivana Trump made the most of hers, with and without him.

about the Trump family:

New School writing professor Susan Shapiro is the author of the memoirs "The Forgiveness Tour" and “Five Men Who Broke My Heart,” which was recently optioned for a movie.