"She was a wonderful, beautiful, and amazing woman," Trump said in remembrance of his first wife 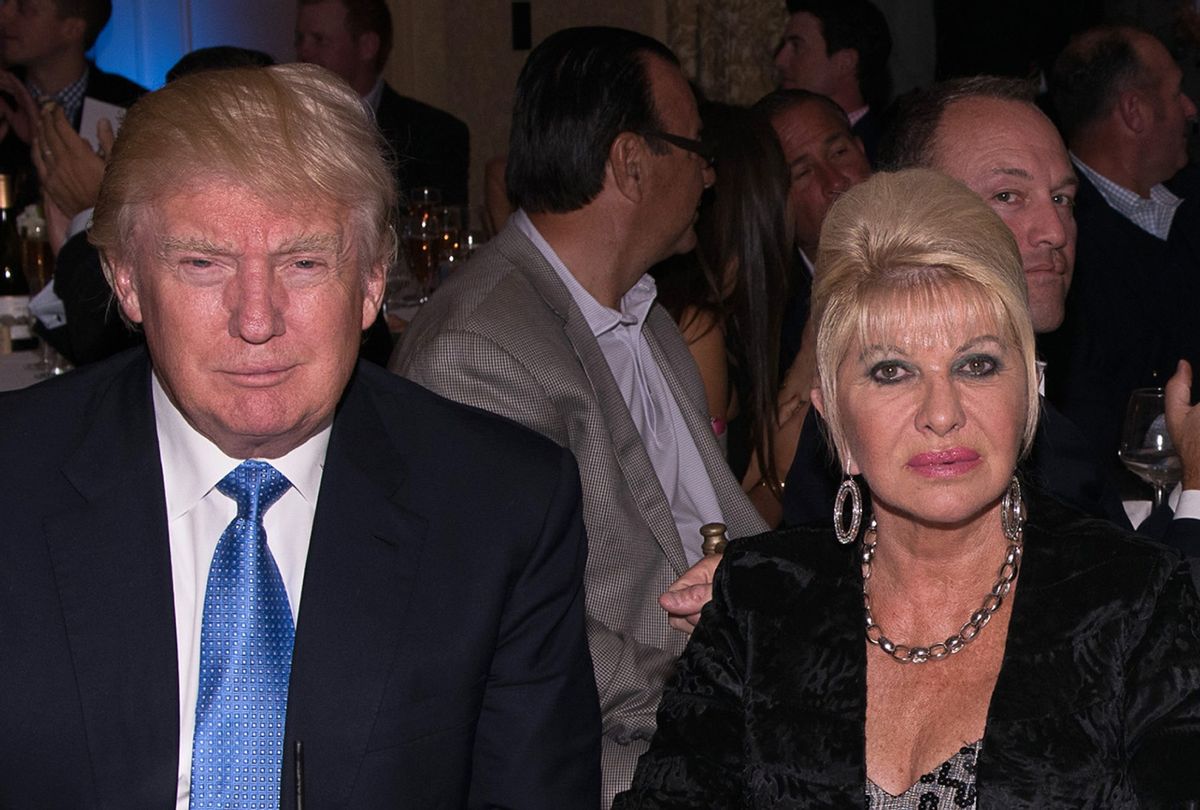 Ivana Trump, the first wife of former President Donald Trump and mother to Donald Jr., Ivanka Trump, and Eric Trump, has died at the age of 73 due to what the New York City Medical Examiner's Office is calling "blunt impact injuries" to her torso.

In a remembrance post made on Truth Social, Trump had this to say about his ex-wife Ivana:

"I am very saddened to inform all of those that loved her, of which there are many, that Ivana Trump has passed away at her home in New York City," Trump posted on Truth Social. "She was a wonderful, beautiful, and amazing woman, who led a great and inspirational life. Her pride and joy were her three children, Donald Jr., Ivanka, and Eric. She was so proud of them, as we were all so proud of her. Rest In Peace, Ivana!"

According to ABC, Ivana died Thursday afternoon in her apartment in Manhattan. Police arrived at the scene after receiving a call regarding a person in cardiac arrest. Initially the exact cause of death was not known but on Friday the Medical Examiner's Office ruled it to be an accidental fall from the stairs in her home.

Ivana and Donald Trump married in 1977 and went through a very public divorce in 1992. During their divorce, Ivana claimed that Trump raped her during their marriage; an event that's recounted in the book by Harry Hurt, "Lost Tycoon: The Many Lives of Donald J. Trump." Ivana later back-pedalled on the statement, according to previous coverage by Salon, saying:

"[O]n one occasion during 1989, Mr. Trump and I had marital relations in which he behaved very differently toward me than he had during our marriage. As a woman, I felt violated, as the love and tenderness, which he normally exhibited towards me, was absent. I referred to this as a 'rape,' but I do not want my words to be interpreted in a literal or criminal sense."

The former Mrs. Trump was involved in the clothing and jewelry industry in the years following her divorce, penned an advice column for Globe called "Ask Ivana," and was the author of several books including "Raising Trump: Family Values from America's First Mother," which was released in 2017.

When Trump re-married for the third time to current wife Melania in 2005, Ivana did not seem to hold back from staking her claim as the original Mrs. Trump. In an interview with ABC in 2017, Ivana talked about still speaking to Trump on the phone from time to time while he was in the White House, and the topic of Melania found its way into the interview.

"I (don't) really want to call him there, because Melania is there, and I don't want to cause any kind of jealousy or something like that, because I'm basically first Trump wife. OK? I'm first lady."

Ivana's son, Eric Trump shared a selection of family photos featuring his mother on Instagram along with the following statement:

It is with deep sadness that we announce the passing of our beloved mother, Ivana Trump. Our mother was an incredible woman — a force in business, a world-class athlete, a radiant beauty, and caring mother and friend. Ivana Trump was a survivor. She fled from communism and embraced this country. She taught her children about grit and toughness, compassion and determination. She will be dearly missed by her mother, her three children and ten grandchildren.