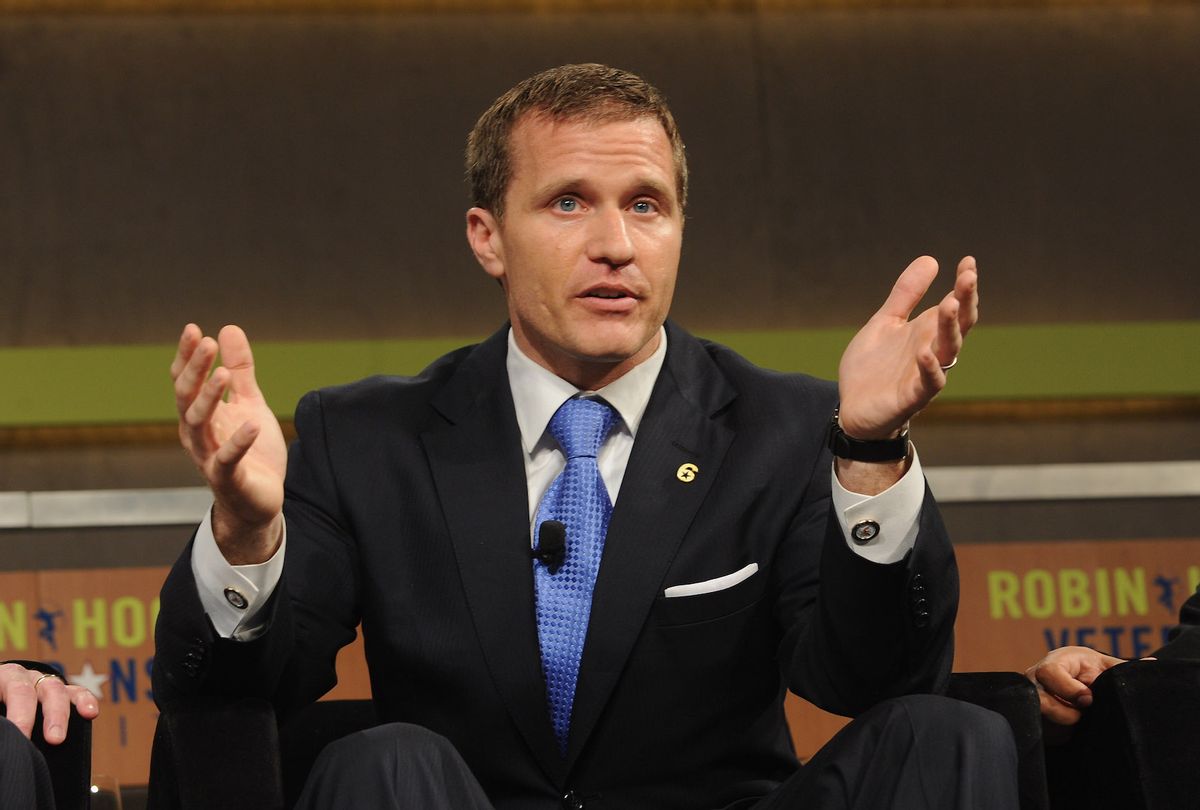 Politico reports that megadonor Rex Sinquefield and GOP strategist Johnny DeStefano helped in the effort by launching an anti-Greitens super PAC as top Republicans repeatedly pressed Donald Trump not to endorse the former Missouri governor, who resigned over a sex scandal and was later accused of child abuse by his ex-wife.

"There can be no question that Greitens' candidacy threatened Republican control of this Senate seat," said Peter Kinder, a former Missouri lieutenant governor. "Nominating him would have put in play a seat that Republicans absolutely shouldn't have to worry about. There was clear need for someone to assemble the resources to tell the truth about him that had never been told."

The super PAC aired withering ads against Greitens starting in late June as part of a year-long, behind-the-scenes effort to sink his campaign for the retiring GOP Sen. Roy Blount's seat, which more than a dozen sources said involved some of the party's top officials and donors.

Sen. Lindsey Graham, R-S.C., and former White House adviser Kellyanne Conway expressed their own concerns about Greitens, who was chased out of the governor's mansion by allegations that he tied up, blindfolded and sexually assaulted his hairdresser, and Trump at first seemed unwilling to back him.

"You know what I call him? 'Whips and chains,'" Trump said during one meeting with advisers last year, according to a person familiar with the gathering.

Trump attempted a compromise the day before the primary by declaring his support for "Eric," which was effectively a dual endorsement for Greitens and Eric Schmitt -- each of whom claimed the endorsement was intended for themselves

But the anti-Greitens super PAC had become the highest-spending outfit in the campaign by the end of July, and that coincided with the swift collapse of his poll numbers -- which saw him fall into the third place he would ultimately finish, behind Schmitt and Vicky Hartzler.

"What happened was Greitens had more of a glass jaw than a lot of people thought," said Steven Law, who runs the Mitch McConnell-aligned super PAC Senate Leadership Fund.