Yes, the Bible tells women to "submit" to their husbands — in one verse. For some believers, that's plenty 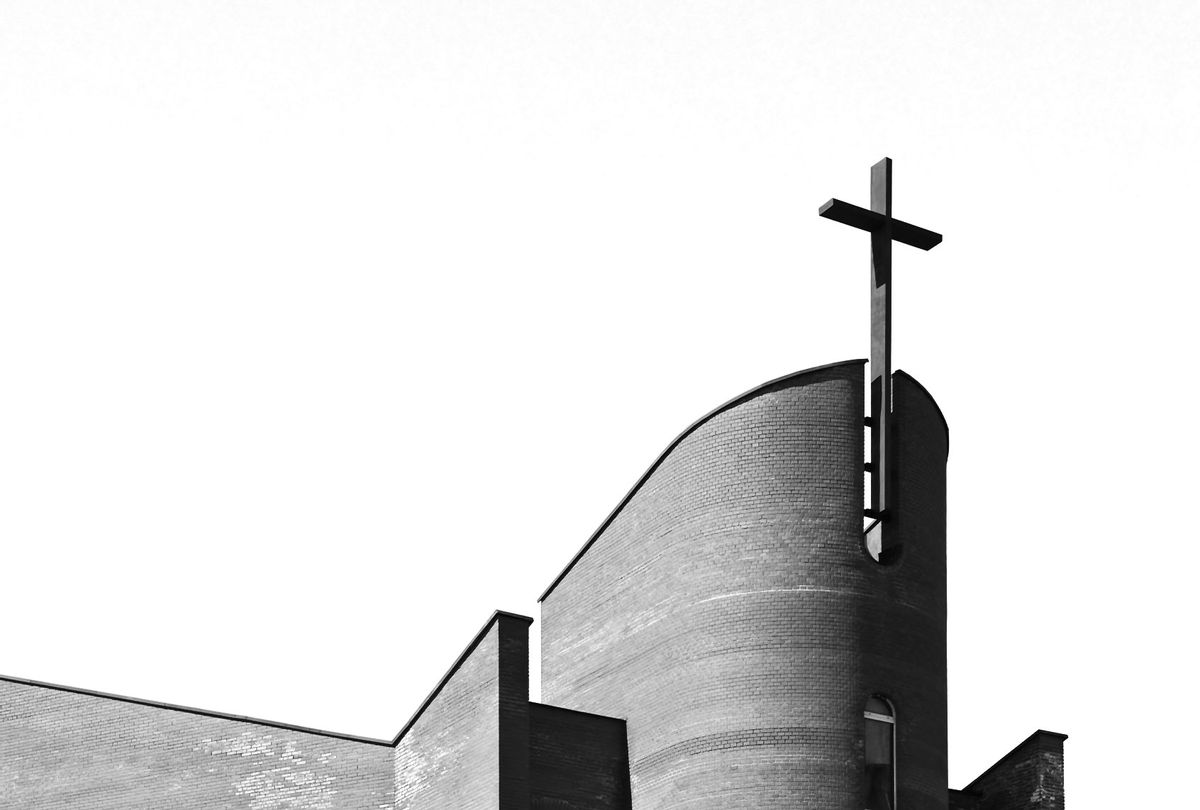 The Southern Baptist Conference is under investigation by the Department of Justice due to numerous claims of egregious sexual abuse and sexual harassment within the denomination. Perhaps people wonder why there is such an overabundance of sexual misconduct of various kinds within evangelical circles. The truth is that many believers in Christ have struggled with what was right and wrong in regardsto their genitalia. Is the creator of the universe worried about our private areas? For most conservative evangelical Christians, it is apparently all God thinks about.  As an ordained and evangelically trained minister, I tend to disagree.

Wives, submit yourselves to your own husbands as you do to the Lord. For the husband is the head of the wife as Christ is the head of the church, his body, of which he is the Savior. Now as the church submits to Christ, so also wives should submit to their husbands in everything. — Ephesians 5

I can barely get through one week of evangelical radio where this scripture is not discussed. It is one of the evangelical community's favorites, and one believers often refer to when they discuss the downfall of American society. They contend that it all went to hell (almost literally) when women decided to be equal to men in the home. Then came Gloria Steinem, Geraldine Ferraro and eventually the ultimate devil herself, Hillary Clinton. These women represented the end of the American family and then the end of God's influence upon American society.

Christian nationalism is rooted in stupid tough-guy misogyny: What would Jesus say?

Submission to your husband is not simply a suggestion in the evangelical church, but a command put upon every married woman. This is no more clearly on display than in the sex life of an evangelical married couple. Simply put, a wife cannot refuse their husband when he wants to have sex. She is a sinner for refusing her husband and then can be held responsible for any sexual sin her husband may commit afterward. Naturally, with this being the basic mindset, accusations by women regarding sexual abuse or harassment seem ridiculous to the majority of conservative evangelical men.

A woman should learn in quietness and full submission. I do not permit a woman to teach or to assume authority over a man; she must be quiet. — I Timothy 2

In the evangelical worldview, a woman must never appear to be in a place where she leads or holds authority over a man. Certainly women may teach children because that work is beneath men anyway. Somehow Biblical theology (in this reading) allows women to teach young boys but not older teenage boys or young adult men. A neat evangelical trick that allows men to neglect their children. Anyway, many evangelical churches enforce an actual age when it becomes inappropriate for a woman to teach a young man. I have heard the age prescribed as young as 13. Certainly by that age boys are taught that as men they are superior to all women. I would venture to guess that this becomes a problem in future relationships with women at work and school, at church and in romantic relationships and marriages.

The Bible mentions this "submission" thing for wives exactly once. You would think it's verse after verse and chapter after chapter, given the way evangelicals preach it every Sunday.

I think this explains, in part, why so many evangelical Christians like Donald Trump so much. He doesn't like it when a woman says no to him either, or holds power over him in any way. He doesn't seem to like it when any woman has an opinion, wears a suit, doesn't show her boobs, has a brain and a career and, the greatest sin of all, disagrees with his opinion and tells him so. Well, to veer away from preacher-talk for a minute, fuck him and anyone else who sees women this way. The Bible mentions this submission thing for wives exactly once. You would think the whole Bible communicates this type of thing verse after verse and chapter after chapter, given the way evangelicals preach it every Sunday. The fact is, a few scattered Bible passages have provided these men with a supposedly godly and righteous to behave exactly as they would behave without the Bible. They just get to feel better about their abusive conduct this way.

As I understand it, the laws of the Bible were never meant to be used to control another group. They are meant as a guide to help everyone live a fulfilling and fruitful life.

This scripture sounds more like God allows us to think a little and make our own decisions about what is right and wrong for ourselves as individuals. So what's with all the rules around our genitals? I would like to say to all those evangelical men to back off our junk, let love be love, and please stop sexually abusing and harassing your wives and the rest of the women in your lives.

When it comes to equality of men and women, there is always this piece of scripture most evangelicals would like to pretend doesn't exist.

There is neither Jew nor Gentile, neither slave nor free, nor is there male and female, for you are all one in Christ Jesus. — Galatians 3

I guess God is nonbinary! That's cool. Jesus is woke, as we might say these days. Too bad many of his followers are closed-minded bigots.

This all comes back to control. Some seek control through shopping, having ideal families, having a big income and a guaranteed pension, having a luxurious house, traveling the world, an obsession with fitness. Some take a religion and use it to control an entire segment of society. But control never works. It is always short-lived, and so often leads to a tremendously unhealthy lifestyle. The evangelical church is no different. Controlling women physically, sexually, mentally and morally can only create unhealthy homes and families and an unhealthy society. Equality, freedom, opportunity, life, liberty and the pursuit of happiness offer the only true path to a healthy society and a healthy home. Real control begins with letting go.

from Nathaniel Manderson on the religious right