In an interview with Newsmax on Wednesday, Eric Trump celebrates the fall of Liz Cheney 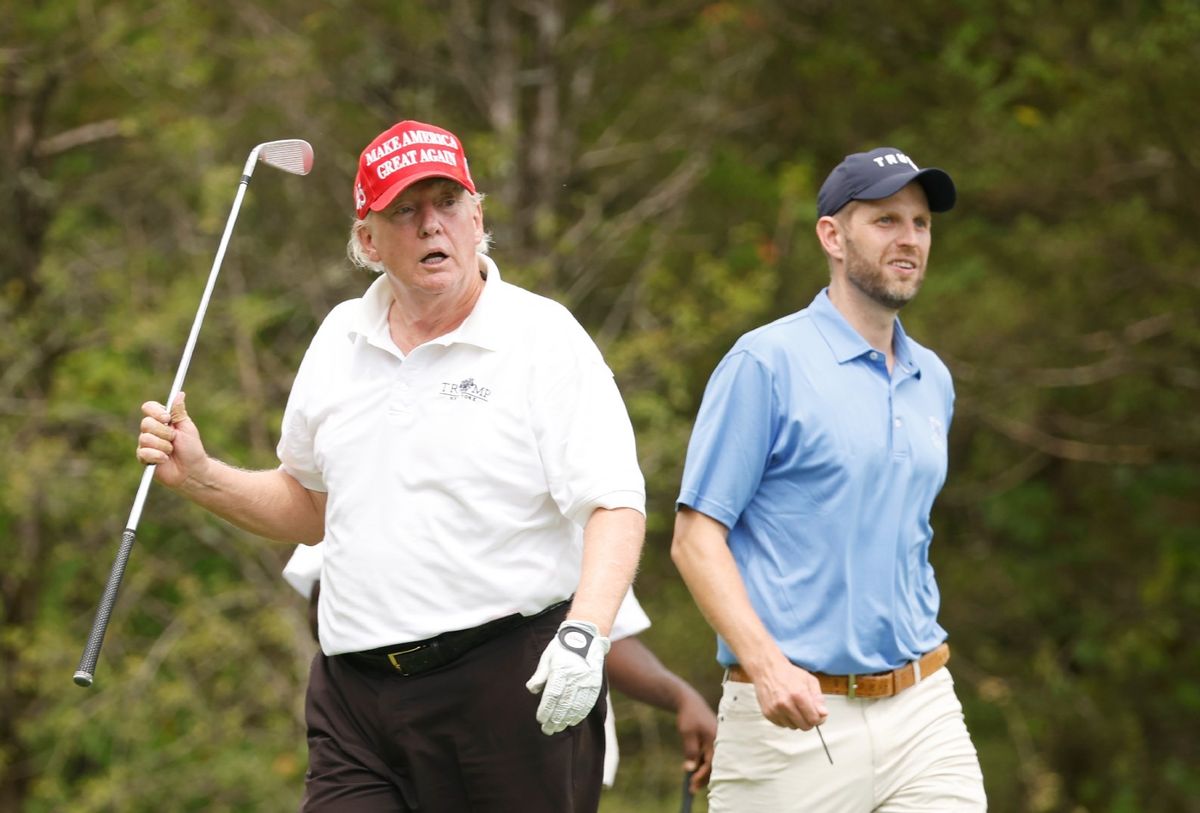 Eric Trump made an appearance on Newsmax Wednesday evening to sing his dad's praises during a segment of "Eric Bolling The Balance" in which he celebrated his family's "killing" of another legacy.

Eric Trump tries to slam Biden for trip, gets schooled on dad's travel history instead

In another portion of the interview, Trump painted a picture of how the American public views his family favorably, going so far as to offer to pay for a recent dinner he shared with his wife, Lara, while out at a restaurant.

"Lara and I were at dinner the other night, and there were two tables that started arguing about paying for our bill," Trump said. "It was a little casual place. They wanted to pay for our bill to say sorry for what the country was doing to my father, to our family. People right now would crawl over broken glass for Donald Trump."

"They [the American people] see the most inept president this country has ever had in Joe Biden, all the problems we have as a nation; and conversely you go back to Donald Trump which had the fastest growing economy, the best stock markets, the lowest unemployment in history, perfect inflation numbers . . . the lowest gas prices ever . . . we were respected around the world."