"I am very worried about this," Elizabeth Warren says while talking inflation on CNN 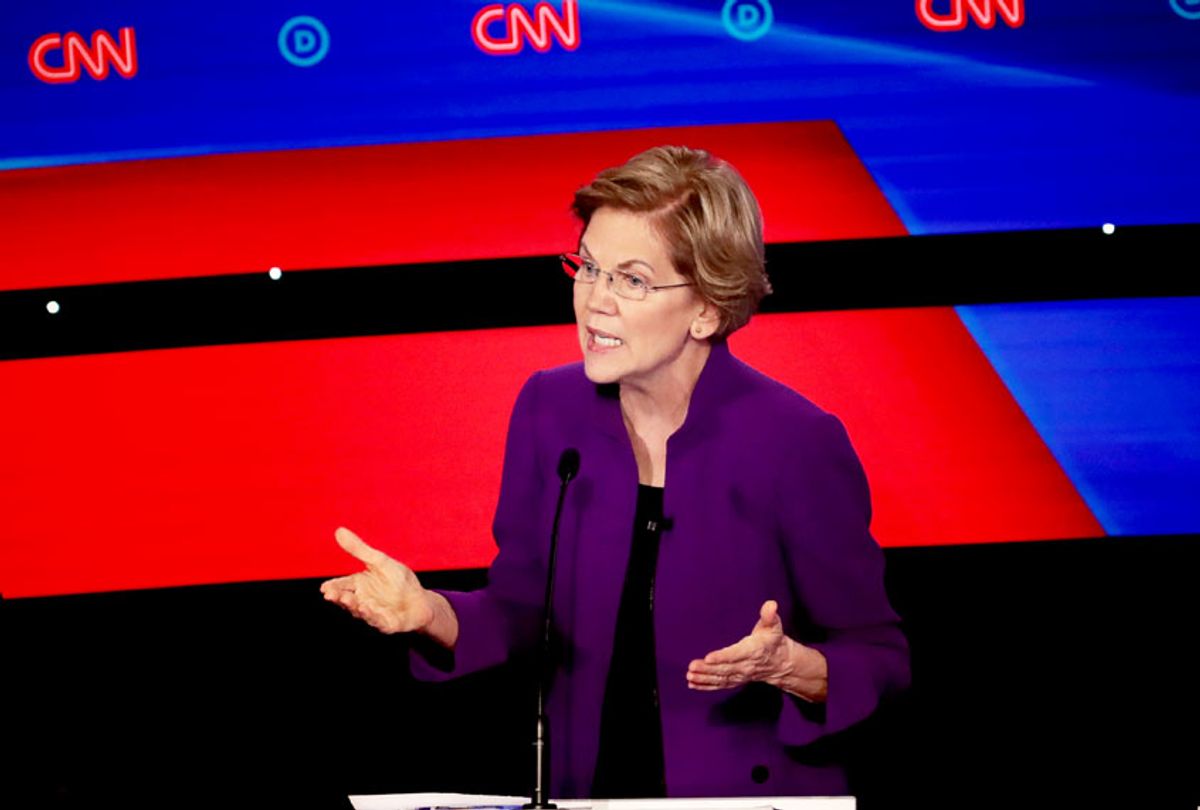 Senator Elizabeth Warren appeared on CNN's "State of the Union" on Sunday morning to talk inflation concerns with host Dana Bash. During the segment, Warren made it clear that she's "very worried" about the way the scales are tipping.

"The [Federal Reserve] chair, Jerome Powell, signaled this week 'forceful and rapid' action on inflation," Bash said in the segment. "It could be coming by keeping interest rates high for some time. Is raising interest rates again a mistake? And how likely do you think it is that a recession is coming if the interest rates continue to go up?"

"I am very worried about this," Warren said. "The causes of inflation; things like the fact that COVID is still shutting down parts of the economy around the world, that we still have supply chain kinks, that we still have a war going on in Ukraine that drives up the cost of energy, and that we still have these giant corporations that are engaging in price gouging. There is nothing in raising the interest rates, nothing in Jerome Powell's tool-bag, that deals directly with those, and he has admitted as much in congressional hearings when I've asked him about it."

Continuing to express her views on the likelihood of a recession, Warren posed a question to Bash asking "Do you know what's worse than high prices and a strong economy? It's high prices and millions of people out of work."

Switching the topic over to Biden's student loan forgiveness plan, Bash highlighted that this very thing was a key part of Warren's Presidential campaign and asked if the Senator is disappointed that the relief offered by Biden was not quite the amount she'd been pushing for.

"I am so happy to see what has happened," Warren said. "I recognize that right now hard working families, middle class families, working class families have gotten some real relief. Think about it this way. Most of the relief that the president has given —remember the majority of people are gonna get $20,000 in student loan debt relief — 40% of the folks who have student loans do not have a college diploma, a four year diploma. These are people who are truck drivers, and who are nail technicians, and nurse's aides, they are actually going to get their debt cancelled out. And that means they're gonna be able to build stronger futures for themselves and for their children."