Scientists are trying to better understand the origins of agriculture, and how we coevolved with our favored crops 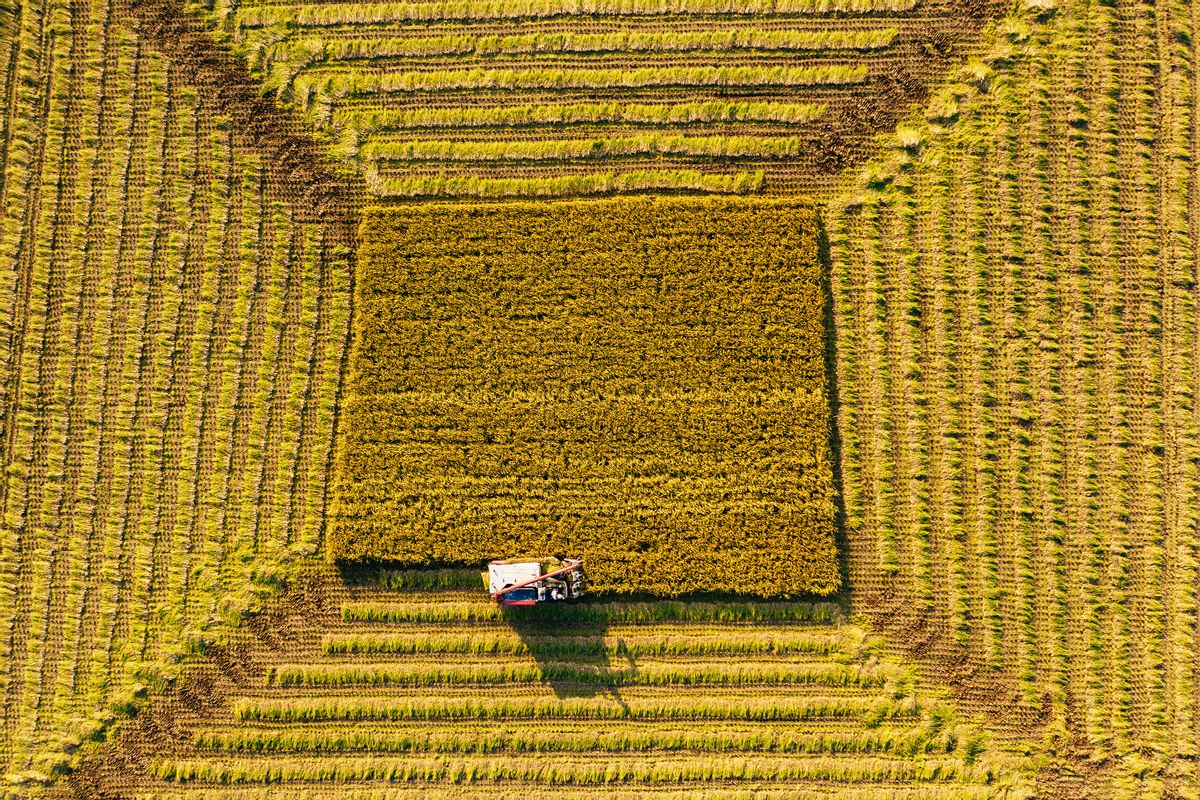 Domestication is an ancient technology that played a critical role in our evolution as humans, on par with the development of language or the cultivation of fire. When humans first began domesticating plants and animals roughly 10,000 years ago, it ushered in a new era of humanity, allowing for the flourishing of civilization and our modern world, not to mention our eventual population explosion.

Historian Yuval Noah Harari argues that "the Agricultural Revolution was history's biggest fraud," and that plants like wheat, rice and potatoes "domesticated Homo sapiens, rather than vice versa."

In a way, domestication involves artificially driving the evolution of an organism. 19th century geneticist Gregor Mendel famously demonstrated this with pea plants. By selecting peas for breeding via certain characteristics, such as height or pod shape, Mendel was able to slowly alter the genetics of plants. This is similar to what anthropologists think ancient humans did with crops like rice and wheat, which didn't entirely resemble the plants we eat today.

But experts aren't entirely sure how this happened. In fact, some scholars have proposed that it was actually the opposite — that certain plants domesticated humans, not the other way around. In his 2014 book "Sapiens: A Brief History of Humankind," historian Yuval Noah Harari argues that "the Agricultural Revolution was history's biggest fraud," and that plants like wheat, rice and potatoes "domesticated Homo sapiens, rather than vice versa."

"Ten thousand years ago wheat was just a wild grass, one of many, confined to a small range in the Middle East. Suddenly, within just a few short millennia, it was growing all over the world," Harari writes. Today, "wheat has become one of the most successful plants in the history of the earth" and it wasn't through human intuition, but plant intelligence.

Most theories on agriculture's origins assume "intentionality" — that humans meant to produce corn or wheat varieties that emphasize nutritional rewards. It may have instead arisen accidentally.

New research in the journal PLOS ONE presents a way of testing this theory. Researchers at several universities across Europe, including University of Cambridge, proposed the Human-Plant Coevolution (HPC) model, which generates a "wide diversity of simulated trajectories and end-states" that could help explain how agriculture emerged across a number of different scenarios. The authors hope this model can be used to explain specific real-world cases, which can get extremely complicated, as many experts agree that agriculture arose amongst humans multiple times independently.

"In a subject like domestication and the origins of agriculture, where the archaeological record is incomplete in both space and time, and real-world experiments are unrealistic, the use of modelling and simulation has become a useful alternative for testing hypotheses and building theory," the authors write. "Few simulation models have considered coevolution as the core mechanism producing changes in both plants and humans."

In other words, most theories on agriculture's origins assume "intentionality" — that humans meant to produce corn or wheat varieties that emphasize nutritional rewards. It may have instead arisen accidentally, but as a 2021 paper in the journal New Phytologist noted, evidence for either theory "remains elusive." Perhaps coevolution needs a closer look.

The idea of coevolving with the plants humans prefer to eat dates back at least 40 years ago. David Rindos, an archaeologist from Cornell University, described coevolution in his 1984 book "The Origins of Agriculture: An Evolutionary Perspective" as the "unifying concept" that explains why humans developed agriculture.

"Agriculture is not a particular adaptation to the environment, but a type of animal-plant relationship," Rindos wrote. "Although not perfect, this definition points to the two most important aspects of agriculture: that it is at least partially culturally transmitted and that it involves a certain type of relationship between people and their immediate environment, including the plants that populate that environment."

Nonetheless, the authors in PLOS ONE argue that this field of study "still lacks a unifying theoretical framework" and aim to remedy that by presenting a flexible model that can test various theories. This research is far from conclusive and it's not meant to be. Instead, the HPC model serves as a tool others can use to tease out the speculation from fact.

We'll never know for certain how and why ancient people started growing their own plants instead of hunting and gathering their food. But the Human-Plant Coevolution model allows for greater control of variables that may have facilitated agriculture's rise, which could help explain why some theories are stronger than others.

about the past and future of agriculture