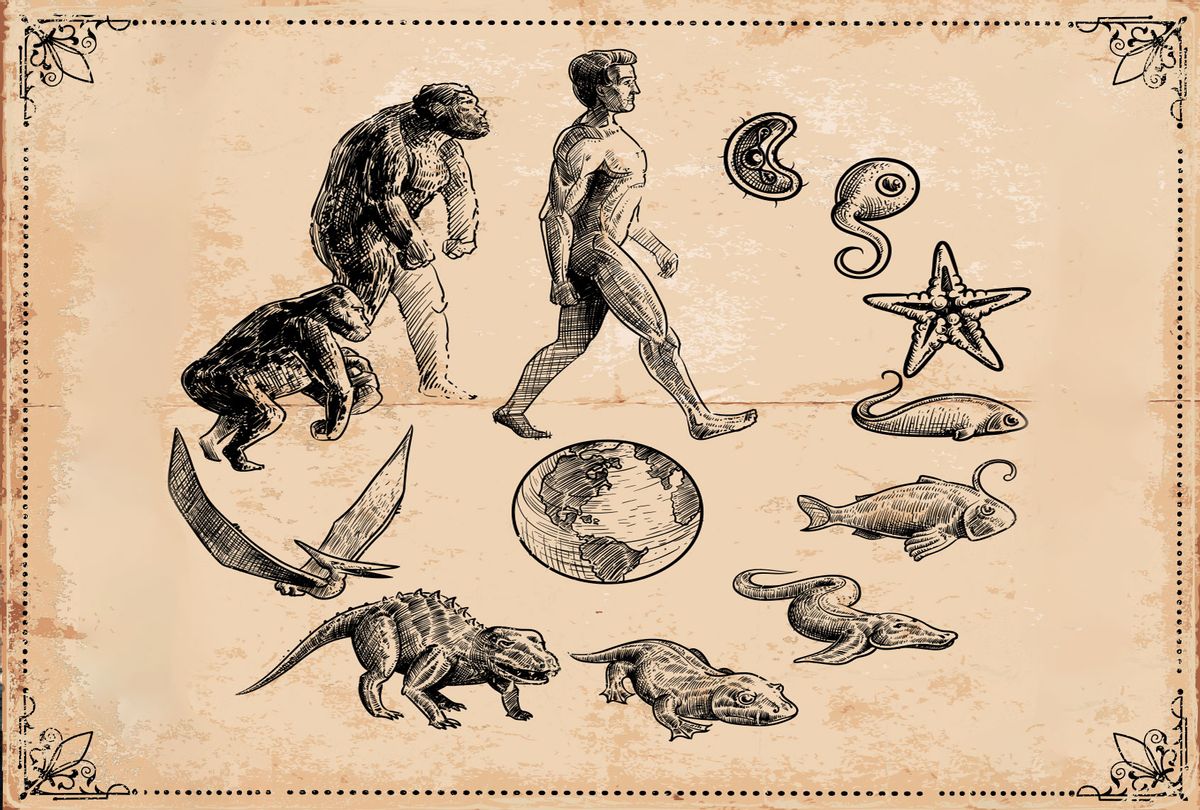 A peculiar study into malaria resistance in humans, and where and how it occurs in the population, has unexpectedly spurred a re-evaluation of the neo-Darwinist understanding of evolution.

Neo-Darwinism refers to any branch of science which combines Charles Darwin's theory of evolution by natural selection with Gregor Mendel's discipline of genetics. The overwhelming majority of biologists and geneticists are neo-Darwinists, and one primary tenet of neo-Darwinism is the idea that the genetic mutations which cause living creatures to evolve occur randomly. For humans, this means that mutations from the entirely beneficial (opposable thumbs) and the undesirable (say, those which cause obstructive sleep apnea) can be attributed to chance rather than some kind of purposeful direction. The ones that get passed on permanently do so through natural selection — that is, because they just so happen to help their hosts, who then survive longer and have more opportunities to perpetuate the mutation via reproduction.

At least, that was the prevailing assumption. A new study led by researchers from Israel and Ghana and published in the journal Genome Research reveals that, in fact, at least one helpful genetic mutation was not random at all. They specifically studied the HbS mutation, which protects people against malaria, and found that it arose more frequently within a population where malaria is endemic (Africa) than within a population where it is not (Europe). This might cause some of neo-Darwinism's tenets to be revised.

"The results showed that the malaria resistant HbS mutation arises more frequently in the population and gene where it is of adaptive significance," Dr. Adi Livnat from the University of Haifa, the study's lead researcher and corresponding author, told Salon by email. "This shows empirically for the first time a directional response of mutation to a specific long-term environmental pressure. This sort of result cannot be explained by neo-Darwinism, which is limited to explaining minor, gross-level effects on average mutation rates, not responses of specific mutations to specific environmental pressures. Therefore, the implications are that here there is an empirical finding that neo-Darwinism really cannot explain, which challenges the notion of random mutation on a fundamental level."

"The research tells us many things, including the fact that the origination rate of the HbS mutation cannot be explained from the perspective of neo-Darwinism," Livnat told Salon.

Livnat and the team of scientists were able to learn something this monumental once they had developed new technology for detecting de novo mutations, meaning those which are not passed down to the child from either parent. With a higher resolution, the scientists were able to count individual novel mutations on specific areas of the genome where they might find something instructive. The human hemoglobin S mutation (HbS) was chosen as their subject of study; neo-Darwinism contends that it originated randomly in a sub-Saharan African individual and spread in that region through natural selection because (despite being associated with sickle-cell anemia) it conferred malaria-protecting benefits. Yet if that theory were accurate, the mutation would still be random and therefore appear in roughly equal numbers between a population that is not heavily exposed to malaria (Europe's) and one that is (Africa's).

This was not the case.

"The HbS mutation originated de novo not only much faster than expected from random mutation but also much faster in the population (in sub-Saharan Africans as opposed to Europeans) and in the gene (in the beta-globin as opposed to the control delta-globin gene) where it is of adaptive significance," the University of Haifa announced in a statement.

In addition, the study gives scientists strong reason to reconsider their current practice of measuring mutation rates as averages across a multitude of positions on the genome.

"We can definitively see that the picture of mutation origination that is obtained once we examine the resolution of specific mutations could not have been expected from traditional theories or previous empirical studies," Livnat explained. "This suggests that most of the signal of mutation rates is not in the averages of mutation rates across many positions but is rather mutation specific. This means that there is an enormous amount of research to be done on how mutations are generated, and that already at the first time mutation origination is observed at this high resolution, we obtain results that challenge the central neo-Darwinian assumption on a fundamental level."