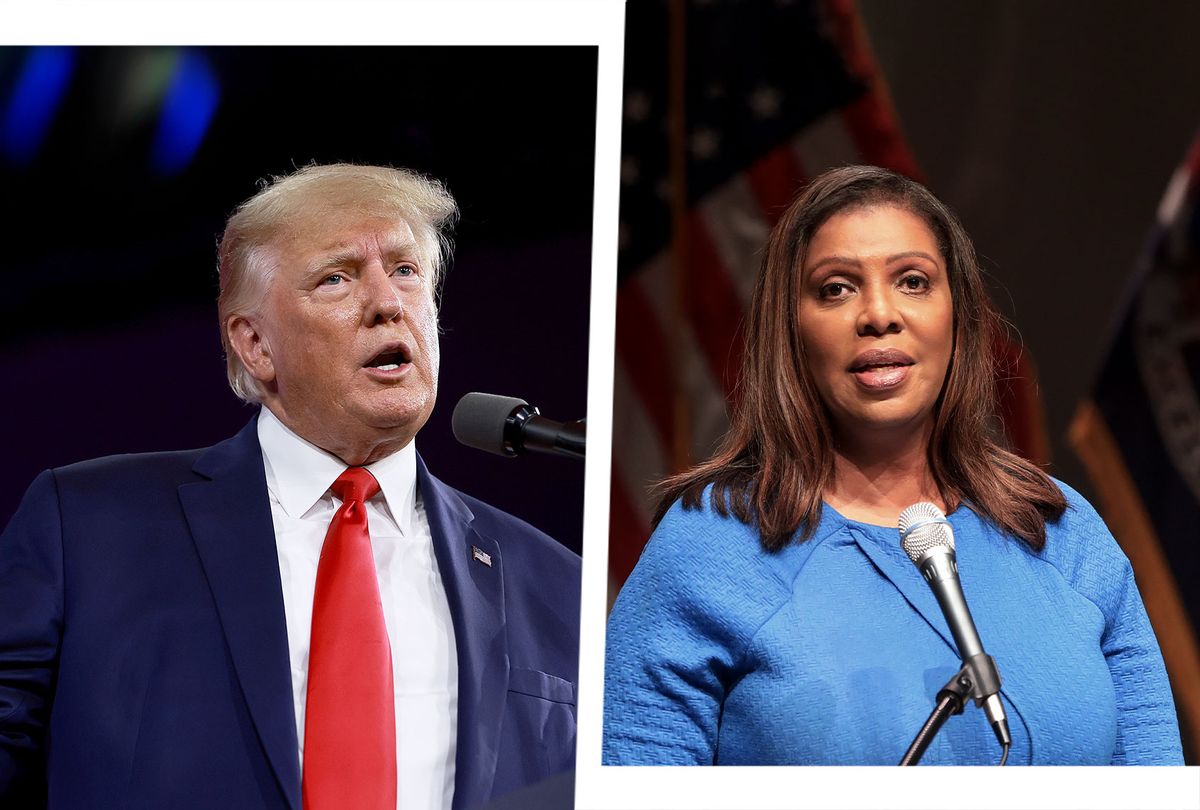 The civil suit alleges that Trump, Ivanka Trump, Donald Trump Jr., Eric Trump and Trump's company falsified and inflated the value of assets to get favorable terms from banks and insurance companies while deflating the same assets to minimize tax bills.

"The complaint demonstrates that Donald Trump falsely inflated his net worth by billions of dollars to unjustly enrich himself and to cheat the system, thereby cheating all of us," James said in a Manhattan press conference on Wednesday morning.

James is seeking approximately $250 million in alleged illegal profits, and a five-year ban on the former president and his children from entering into commercial real-estate acquisitions or loans from any financial institutions registered in New York. Additionally, the suit seeks to permanently ban those involved in the business from serving as directors or officers of any New York-licensed corporations.

"The examples I laid out are just scratching the surface of the misconduct that we have uncovered," James told reporters. "The pattern of fraud and deception that was used by Mr. Trump and the Trump Organization for their own financial benefit is astounding."

Noah Bookbinder, a former federal corruption prosecutor and president of the D.C. watchdog group Citizens for Responsibility and Ethics, praised James for bringing the suit.

"Donald Trump and his family have run a corrupt enterprise for years. Even before his presidency, Trump apparently did everything in his power to profit the Trump Organization while keeping those he went to for loans and insurance in the dark about his company's true financial position," he said in a statement. "If his co-opting of the federal government as essentially a subsidiary of the Trump Organization was not bad enough, Trump appears to have committed repeated fraudulent acts, illegally inflating the value of his company to benefit the company and himself."

"Should the Department of Justice judge it warranted on the facts and the law, they should bring criminal charges as well," he said. "Trump has escaped accountability for too long. It's well past time to pay the piper."

Other legal experts chimed in online.

"The Trump suit reveals what we've known all along from numerous sources and reports," former federal prosecutor Ron Filipkowski wrote on Twitter. "Trump is a con man playing a shell game to fake his wealth to banks and investors who bankrolled his steady stream of failed business ventures."

Andrew Weismann, a former federal prosecutor who served on special counsel Bob Mueller's team, added that Alan Weisselberg's guilty plea last month in Manhattan is a significant piece of evidence for the prosecution.

"The 'art of the steal' is what NY AG says occurred here," he tweeted.

Ryan Goodman, a professor at NYU Law School, explained that the most significant implications of today's action may be the criminal referrals to the Internal Revenue Service and Department of Justice. "Recall: Scheme to which Allen Weisselberg (longtime Trump Org CFO) recently pleaded guilty included federal tax crimes. Many have been waiting for a fed criminal tax probe." he wrote.

National security attorney Bradley Moss described the case's long-term implications for the Trump family. "If Letitia James wins in this lawsuit, she will have ended the reign of the Trump business empire in New York," he wrote on Wednesday.

He also wondered: "Has Melania double checked the terms of her pre-nup today?"

"The New York AG has a lot of leverage in this lawsuit because Trump (and his son Eric) took the Fifth hundreds of times," Mariotti wrote. "That was smart to do, but it means they're screwed in this civil case. A jury would likely be instructed to presume their answers would have hurt Trump."

Regardless of the outcome, the case may be Trump's worst nightmare, explained Maggie Haberman, who has spent years covering Trump for the New York Times.

"Whatever the outcome of the James case," she tweeted, "a day in which a prosecutor declared at a press conference that Trump isn't worth what he claims is a day he's tried to avoid for decades."

about the Trump probe