It's a ludicrous idea that reflects the real Republican plan: Education is about social control, not learning 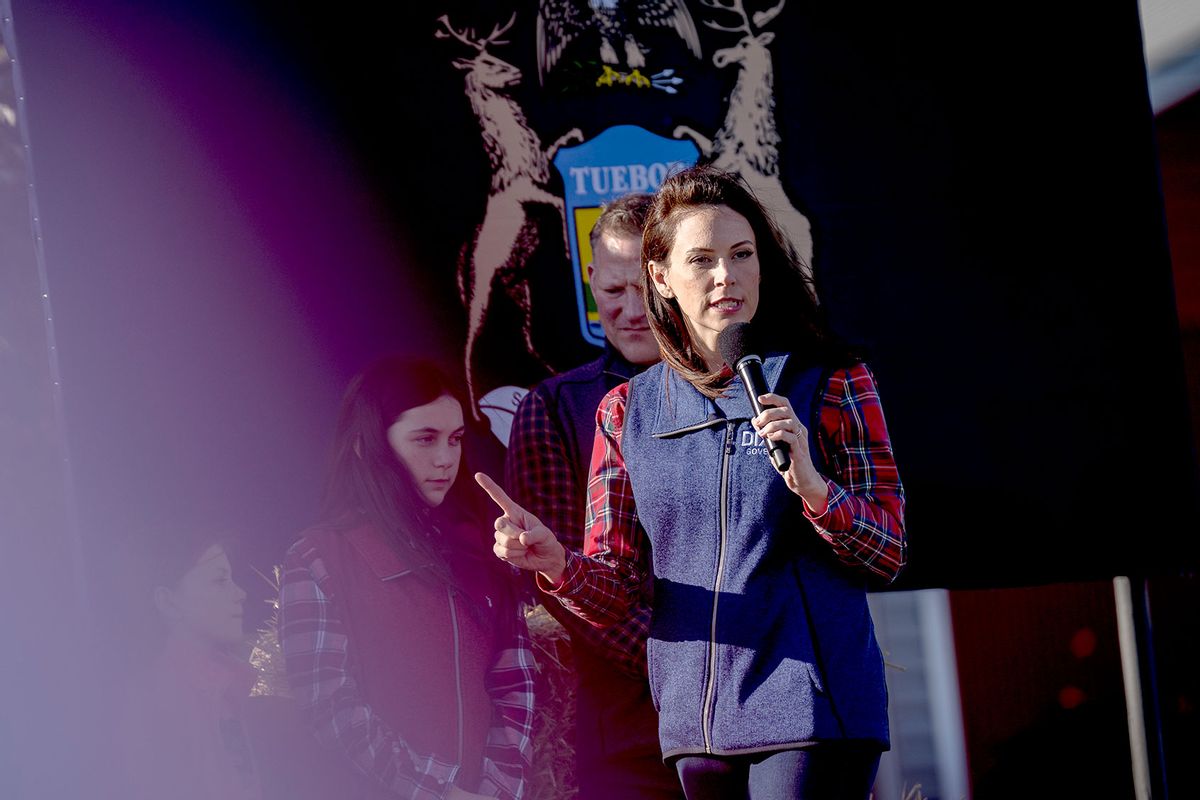 With so many radical Republicans running for office across the country, there's been relatively little coverage of Tudor Dixon, the Trump-endorsed Republican nominee for governor in Michigan, who's running against incumbent Democrat Gretchen Whitmer. But Dixon, whose name admittedly should belong to the socialite villainess of a Harlequin romance novel, is definitely one to watch in the "how far-right can Republicans get" sweepstakes that is midterm-watching. She has described working women as having "lonely lives," declared a 14-year-old incest victim to be a "perfect" candidate for forced childbirth, and, unsurprisingly, backs Trump's Big Lie. During her debate with Whitmer on Tuesday night, Dixon accused Michigan schools of distributing "pornographic" books.

Naturally, Dixon's idea of what constitutes pornography was lurid but entirely vague, such as "books describing how to have sex." Which could mean anything from actual sex education books to books that simply have sex scenes, a category that encompasses classics like "Romeo and Juliet" and also the Bible. (Neither of which are pornography, a commodity readily available on the internet should Dixon desire to grasp the distinctions.) Whitmer responded by noting that there are many opportunities for parents to be involved in children's education, but also that there's a "duty to make sure that all children feel accepted and safe and can learn and play when they are in school."

So there was plenty of vagueness all around, but a Democratic PAC called American Bridge 21st Century dug up an audio clip demonstrating how expansive Dixon's views are when it comes to controlling what students are allowed to read. In it, she proposes that books featuring divorced characters are just too spicy for most kids.

Dixon complained that her daughter had checked out a book "about having two different homes" and how the very idea of divorce "caused an unnecessary anxiety."

"Why was this something she was just able to pick up off the shelf?" Dixon inquired. She allowed that a kid whose parents are divorcing might find some use-value in such a book, but evidently believes all other kids should be kept blissfully unaware about this widespread social reality.

Of course, as any educator worth their degree would tell you, this is exactly backward. We don't read books to learn only about our direct experience, but to expand our horizons and learn about the larger world. Dixon's daughter surely has classmates and friends with divorced parents. It's unlikely any child psychologist would say that the best for her is to remain ignorant about their experiences. Frankly, Dixon's unwillingness to explain the reality of divorce to her daughter sounds like it's about Dixon's own level of discomfort, not about the best interests of her child. Books are an excellent way to help kids learn these crucial lessons about the lives of people who aren't exactly like them.

Tudor Dixon's unwillingness to explain the reality of divorce to her daughter sounds like it's about Dixon's own discomfort, not about her child's best interests. Unfortunately, she's not alone.

This isn't just conjecture. Psychological research has shown time and again that reading, especially reading fiction, can increase empathy and make people more considered thinkers. A novel, even (or sometimes especially) one written for children, can help us walk at least a few feet in someone else's shoes. Which may be exactly why an authoritarian like Dixon feels so much fear and hostility toward books. As she herself explained, the book her daughter read offered a glimpse of a life unlike her own. It seems very much as if actually thinking about how other people live — and perhaps having feelings about it — wasn't an experience Dixon especially wanted her daughter to have.

Unfortunately, Dixon has a lot of sympathy in this, at least among Republican voters. New polling from the Pew Research Center illuminates how drastically different Republican and Democratic parents feel about the purpose of education. Gov. Ron DeSantis of Florida may claim that Republicans oppose "indoctrination," but the Pew data suggests the opposite is true: Republican parents are far more likely to demand that schools forgo actual education in favor of training kids to hold close-minded and blinkered views, and to censor factual information that might contradict what parents want to believe, no matter how unhinged or disconnected from reality.

"Statewide book bans" are coming to Florida's classrooms, enforced by the far right

All these stances flow from the same larger authoritarian view, according to which conservative ideology should trump reality and the American ideal of equality is viewed, shall we say, as highly conditional. Much as conservatives may not like it, trans people actually exist and the persistent racial inequalities in American society are a demonstrable result of the lasting legacy of slavery. Leading children in prayer cannot help but send a message that non-Christians are less American than Christians.

Dixon's anger that her child learned something about the lives of kids with divorced parents is clearly a pretty extreme example. But as the Pew study shows, it's on a continuum of Republican hostility toward a fundamental tenet of modern education, which is that it's important for students to learn about the world that exists outside their own homes and families. Thriving in the diverse, dynamic world of 21st-century America means learning not just that there are people who aren't exactly like you, but how to get along with them. Forcing kids to remain ignorant about the legacy of racism or the existence of queer people (or divorced people!) might temporarily make life easier for parents who don't want to have uncomfortable conversations. For the kids themselves, however, it's a hurtful failure to offer them basic tools for life in the real world.