Here's the GOP endgame: Tax-funded schools that teach religion and propaganda, but not literacy, math or history 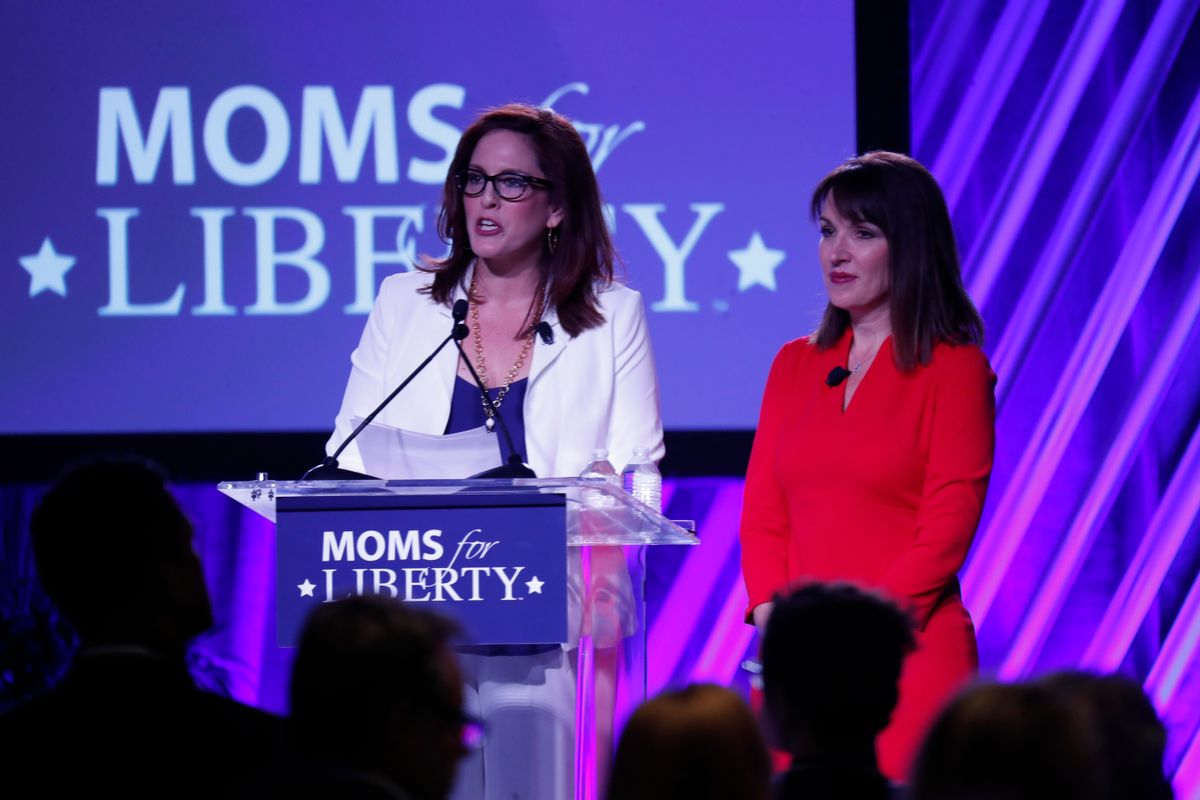 Moms for Liberty founders Tiffany Justice (left) and Tina Descovich give the opening remarks during the inaugural Moms For Liberty Summit on July 15, 2022, in Tampa, Florida. (Octavio Jones/Getty Images)
--

Over the weekend, New York Times reporters Eliza Shapiro and Brian Rosenthal published a carefully reported exposé about the private school system run by the Hasidic Jewish community in New York. For decades, this insular community — which largely separates itself from the wider world, including a large majority of Jewish people — has operated its own piecemeal system of religious schools or yeshivas whose goal is "to educate children in Jewish law, prayer and tradition — and to wall them off from the secular world." Students at these gender-segregated schools spend most of their classroom time on religious instruction, leaving them with very little basic education in science, math, history or other skills necessary in the modern world. The inevitable outcome, Shapiro and Rosenthal report, is that many are trapped "in a cycle of joblessness and dependency." At one school mentioned in the article, more than 1,000 students took New York State's standardized reading and math test, and not a single one passed.

Despite these failures, however, Shapiro and Rosenthal write that the schools "have found ways of tapping into enormous sums of government money, collecting more than $1 billion in the past four years alone."

In the social-media enclave of people who care about New York politics, this story got tons of attention, with people expressing understandable concern about misuse of government funds and children being denied the right to an education that is supposed to be guaranteed by the state. Outside the New York area, however, there probably wasn't much public interest. On its surface, this feels like a local not a national problem: The Hasidic community is relatively small (perhaps 200,000 people in all) and the schools in question are only found in Brooklyn and the northern New York suburbs.

Nonetheless, Americans across the country should pay close attention to this story, and should consider its national implications. The same political pressures and flaws in the educational system that allowed this problem to fester in New York are being exploited across the country by conservative activists, nearly all of whom are Christian rather than Jewish. Worse yet, these Christian activists aren't just interested in keeping their own kids away from secular education. They have grander ambitions, and would like to gut the education system as we know it, to make sure that no one's kids can enjoy the right to a free, robust public education.

As Salon's Kathryn Joyce has documented in considerable detail, a well-organized and well-funded far-right movement has been working diligently, and with much red-state success, to funnel kids out of public schools and towards "alternative" curricula that are focused less on education and more on propagandistic indoctrination toward both a Christian nationalist viewpoint and a highly selective and overtly ideological view of American history.

This strategy is multifaceted. Its most evident public face is the well-funded campaign to demonize public schools with risible and false claims that kids are being "groomed" for pedophilia and indoctrinated to "hate themselves" for being white with "critical race theory." Groups like Moms for Liberty and the Proud Boys create localized moral panics with lurid tales of supposed pornographic books in school libraries or claims that teachers are somehow trying to "turn" kids trans or queer. Ambitious politicians like Florida Gov. Ron DeSantis have made waging war on public schools central to their agenda.

Under the guise of "school choice," parents are encouraged to pull kids out of public schools in favor of religion-inflected homeschooling or charter schools based in right-wing propaganda. Through a series of lawsuits and political pressure campaigns, increasing amounts of taxpayer funds have been redirected from public schools towards these private or semi-private ventures, where kids are subject to "lessons" about how most great thinkers have been white men or that LGBTQ identities can be "outgrown." Earlier this year, this movement got a big assist from the Supreme Court, which ruled that taxpayer funds can go directly to schools that explicitly teach right-wing Christian theology, even if they exclude LGBTQ or non-Christian students.

The end goal of all this is no secret: Defund and decimate public schools so much that the only remaining forms of education are private schools (or privately managed charters), where the price of learning basic literacy is a truckload of religious indoctrination and falsified American history. The leaders of the movement aren't coy about this. Christopher Rufo, who was the front man for instigating national panics over "critical race theory" and "grooming" in public schools, often gives speeches crowing about how much damage he's doing to the public education system.

Because the movement is diffuse and focused on local and state politics, it's sometimes hard to get a bird's-eye view of how successful it has been. But there can be no doubt that this war on public education has now become mainstream within the Republican Party, and not just because Donald Trump made Betsy DeVos, one of the nation's most prominent anti-education activists, his education secretary. In Florida, far-right candidates won numerous school board races this summer, gaining power to continue chipping away at the public school system. The war on teachers across the country has been so successful that many states face a catastrophic teacher shortage. Republicans are taking full advantage of all this, using the shortage as an excuse to strip away requirements that teachers have any real training in education, or even a college degree.

After all, educational qualifications don't matter if the goal of schooling is indoctrination instead of real learning. Larry Arnn, the president of Hillsdale College — base camp for the Christian right's war on public schools — made that view clear in a recently leaked video of his meeting with Republican Gov. Bill Lee of Tennessee. In it, Arnn argues that "you don't have to be an expert to educate a child," adding that "basically anybody can do it." He characterized the current system of public education as "enslavement" and said it "destroys generations of people" to educate them through public schools, with their state-mandated minimum standards and educational requirements on teachers.

Salon investigates: The war on public schools is being fought from Hillsdale College

As Shapiro and Rosenthal document in their exposé of Hasidic schools, many teachers in that system "earn as little as $15 an hour" and are "hired off Craigslist or ads on lamp posts." The same logic that Arnn used is also in action here. Actually educating students to grow into independent-minded and capable adults is hard work. But if you abandon that goal entirely, it becomes a lot easier — and cheaper — to find people to fill these positions.

As many defensive conservatives are pointing out on social media in response to the Times story, the controversy about Hasidic schools is unfolding in a state and city entirely controlled by Democrats. But that's not really the "gotcha" they think it is. On the contrary, it shows how dangerous and corrosive the misleading rhetoric about "parents' rights" and "school choice" really is. Elected officials in New York who should know better have openly ignored state laws guaranteeing a child's right to an education by allowing these underperforming schools to flourish with no real oversight or intervention. In states like Tennessee and Florida, where Republican leaders are ideologically on board with the anti-education agenda, such rhetoric has even more power. And because it's adopted by much larger Christian groups, the damage has a chance to spread a lot further.

The real issue here is not "parents' rights" but children's rights. In most cases, the parents'-rights gambit is rhetorical sleight-of-hand meant to distract people from what's really going on, which is adults depriving vulnerable children of the resources they need to grow into healthy adults. Book bans, "don't say gay" laws, crackdowns on school newspapers and right-wing takeovers of school boards: It all serves the same purpose. For all the talk about "liberty" and "choice" that anti-education activists engage in, the end goal here is to limit the freedom of thought, and the freedom of life choices, that kids can have as adults.