“Taking us all for fools”: GOP leaders called out for silence on Trump’s dinner with Nick Fuentes

"Republicans who continue to remain silent become complicit in legitimizing bigotry and hate," one Democrat said 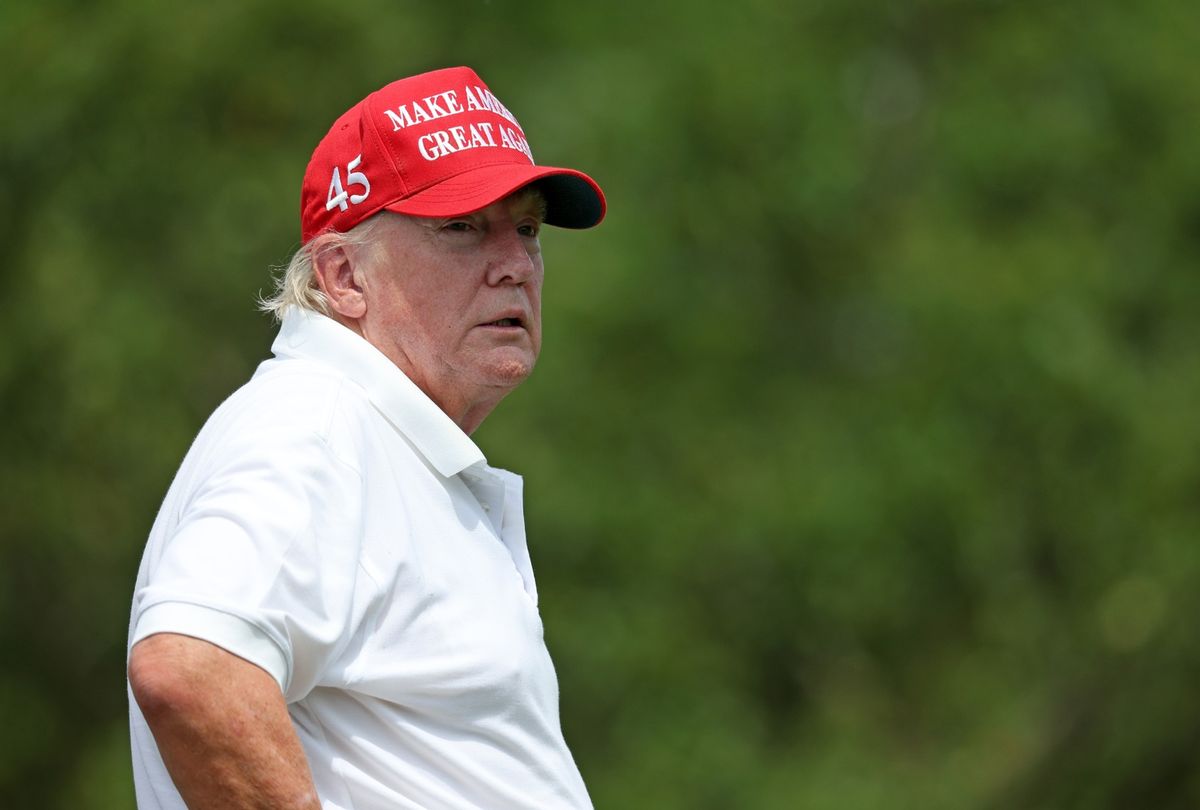 Republican leaders are under fire for their silence on former President Donald Trump's dinner with antisemitic rapper Ye and white supremacist Nick Fuentes at Mar-a-Lago.

Trump over the weekend met with Ye, formerly known as Kanye West, and Fuentes, a Holocaust denier who participated in the deadly 2017 Charlottesville white supremacist march. The former president claimed that he was unaware that Fuentes would be at the dinner and claimed that he did not know who he was.

"So I help a seriously troubled man, who just happens to be black, Ye (Kanye West), who has been decimated in his business and virtually everything else, and who has always been good to me, by allowing his request for a meeting at Mar-a-Lago, alone, so that I can give him very much needed 'advice,'" Trump wrote on Truth Social. "He shows up with 3 people, two of which I didn't know, the other a political person who I haven't seen in years."

In a subsequent post, Trump insisted that Ye "expressed no anti-Semitism" at the meeting and that he "appreciated all of the nice things" he said about Trump on Tucker Carlson's Fox News show.

"Why wouldn't I agree to meet?" he wrote. "Also, I didn't know Nick Fuentes."

Jonathan Greenblatt, the CEO of the Anti-Defamation League, condemned the meeting.

"For Donald Trump to dine with notorious white supremacists and unrepentant bigots, I think at a minimum it's clarifying," he told CNN. "He is trying to make America hate again and running arguably the most unapologetic white nationalist presidential campaign we've ever seen."

"To my friend Donald Trump, you are better than this. Even a social visit from an antisemite like Kanye West and human scum like Nick Fuentes is unacceptable," he said on Twitter. "I urge you to throw those bums out, disavow them and relegate them to the dustbin of history where they belong."

Trump "seemed very taken" and impressed with Fuentes at the dinner, according to Axios. Trump "repeatedly refused to disavow" Fuentes over the weekend over "fears that he might alienate a section of his base," The Guardian reported on Monday. As his advisers urged him to publicly condemn Fuentes, Trump "ultimately made clear that he did not want to criticize Fuentes," according to the report.

Republican leaders have also stayed mum on the dinner. Spokespeople for nearly two dozen House and Senate Republicans, including party leaders, co-chairs of caucuses and task forces focused on Judaism or antisemitism and sponsors of bills to combat antisemitic hate crimes did not respond to Axios' requests for comment.

Democrats condemned the meeting and called out the Republican Party's leaders for their silence.

"Republicans who continue to remain silent become complicit in legitimizing bigotry and hate when the leader of their own party mainstreams fringe white nationalists and antisemites," Rep. Debbie Wasserman Schultz, D-Fla., the former chairwoman of the Democratic National Committee, said in a statement to Axios.

"I don't give a &$#! what some republicans are saying off the record about Trump dining with antisemites," tweeted Sen. Brian Schatz, D-Hawaii. "At this point anything less than a clean, public break is just taking us all for fools."

"Bigotry, hate, and antisemitism have absolutely no place in America - including at Mar-A-Lago. Holocaust denial is repugnant and dangerous, and it must be forcefully condemned," White House deputy press secretary Andrew Bates said in a statement.

A small number of Republicans have condemned the dinner.

"I am appalled," Rep. Don Bacon, R-Neb., the GOP co-chair of the Caucus for the Advancement of Torah Values, told Axios.

Rep. James Comer, R-Ky., who will likely head the House Oversight Committee next year, told NBC News that Trump "needs better judgment in who he dines with."

"I know that he's issued a statement. He said he didn't know who those people were," he added.

Others spoke out without directly mentioning Trump or Fuentes.

"As I had repeatedly said, white supremacy, neo-Nazism, hate speech and bigotry are disgusting and do not have a home in the Republican Party," Republican National Committee chairwoman Ronna McDaniel said in a statement.

"Anti-Semitism is a cancer. As Secretary, I fought to ban funding for anti-Semitic groups that pushed BDS," tweeted former Trump Secretary of State Mike Pompeo, a potential 2024 presidential candidate. "We stand with the Jewish people in the fight against the world's oldest bigotry."

Republicans who invoked Trump's name in their statements were largely limited to Trump's longtime critics in the party and potential 2024 rivals.

"This is just another example of an awful lack of judgment from Donald Trump," former New Jersey Gov. Chris Christie told The New York Times.

Arkansas Gov. Asa Hutchinson said it was "very troubling" that Trump met with an "avowed racist."