As a U.S. Army general, I prepared to do battle with enemies and face disaster. All of humanity must do that now 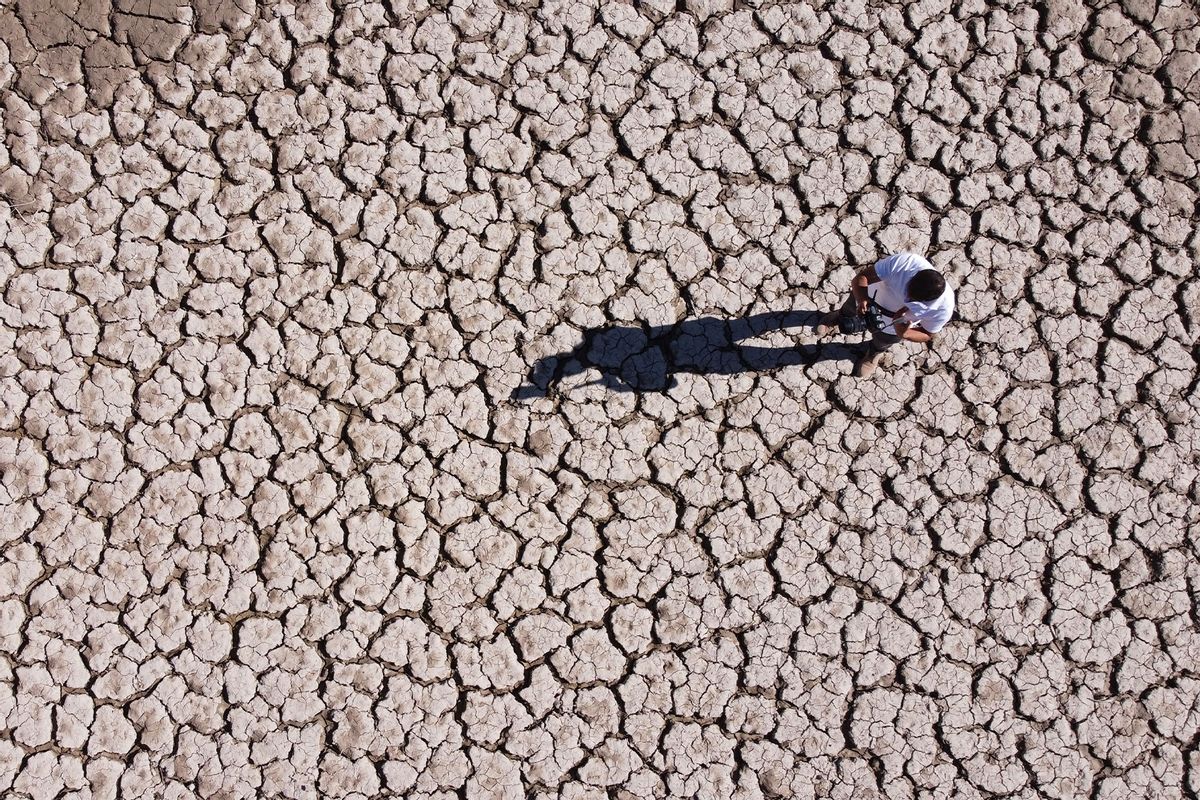 An aerial view of the almost dried up Zernek Dam due to the heat and excessive evaporation in the last months in Gurpinar district of Van, Turkiye on September 28, 2022. (Necat Hazar/Anadolu Agency via Getty Images)
--

This calendar year brought the United States its third hottest summer on record and Europe its hottest summer ever. And you can set aside hope it was just funny timing. Last year was the sixth hottest recorded year across the globe. The year before that, 2020, was the hottest ever recorded.

This isn't a coincidence; it's a trend. Carbon dioxide, methane and other greenhouse gas emissions — generated en masse by fossil fuel production and consumption — have warmed our planet for generations, and those chickens have come home to roost.

This summer, cities, farms and forests across the globe were cooked by historic heat waves. July brought Europe a weeks-long heat wave that caused major droughts across the continent and killed thousands in its immediate wake. Now, France's national statistics institute estimates 11,000 additional deaths in that nation alone. In September, a brutal heat wave ripped through the United States with particularly devastating consequences in California, where people fell ill, power grids buckled and wildfires raged.

Those were just two of the major global heat waves that hit us this summer.

We've seen our planet bend. We cannot allow it to break.

I've spent decades working in disaster relief, including hurricane response in my home state of Louisiana. I know firsthand the urgency of being prepared for natural disasters. I've also spent years working in environmental advocacy, and I've seen our planet poisoned by unnatural forces that enable unexpected, deadly heat waves and hurricanes to strike with only days' notice.

Before all that, I served over 37 years in the U.S. Army, where I retired as a lieutenant general. In all my years serving this country, I never saw our leaders sit back and wait for a crisis to catch us off guard. We trained, prepared for all possible outcomes and, when we could, took steps to prevent crises before they arose. That's the kind of thinking and planning we need now.

It's time we think about the climate and climate-related occurrences as we think about our national security, because that's what's at stake. That means:

It also means divesting from the things we know are killing us.

We have all the evidence in the world that "natural" disasters, like the heat waves that ravaged Europe and the United States, are driven by unnatural forces — oil drilling, fracking, gas liquefaction and exportation. It's time we move away from climate-killing industries and dependencies and move toward green, renewable energy.

We can start that work now. The gas industry is looking to develop a dozen more foreign gas export terminals, each of which would seek legal approval to emit millions of tons of methane and CO2 every year. More gas exported from the United States will fuel more deadly heat waves across the world.

about the climate crisis and possible solutions

Lt. Gen. Russel Honoré is a retired commanding officer of the First U.S. Army and current leader of the Green Army, a citizen-led organization fighting pollution and climate change. To learn more, visit his website.