"Every day is the Red Wedding": Milo Yiannopoulos fired from Kanye West's campaign amid infighting 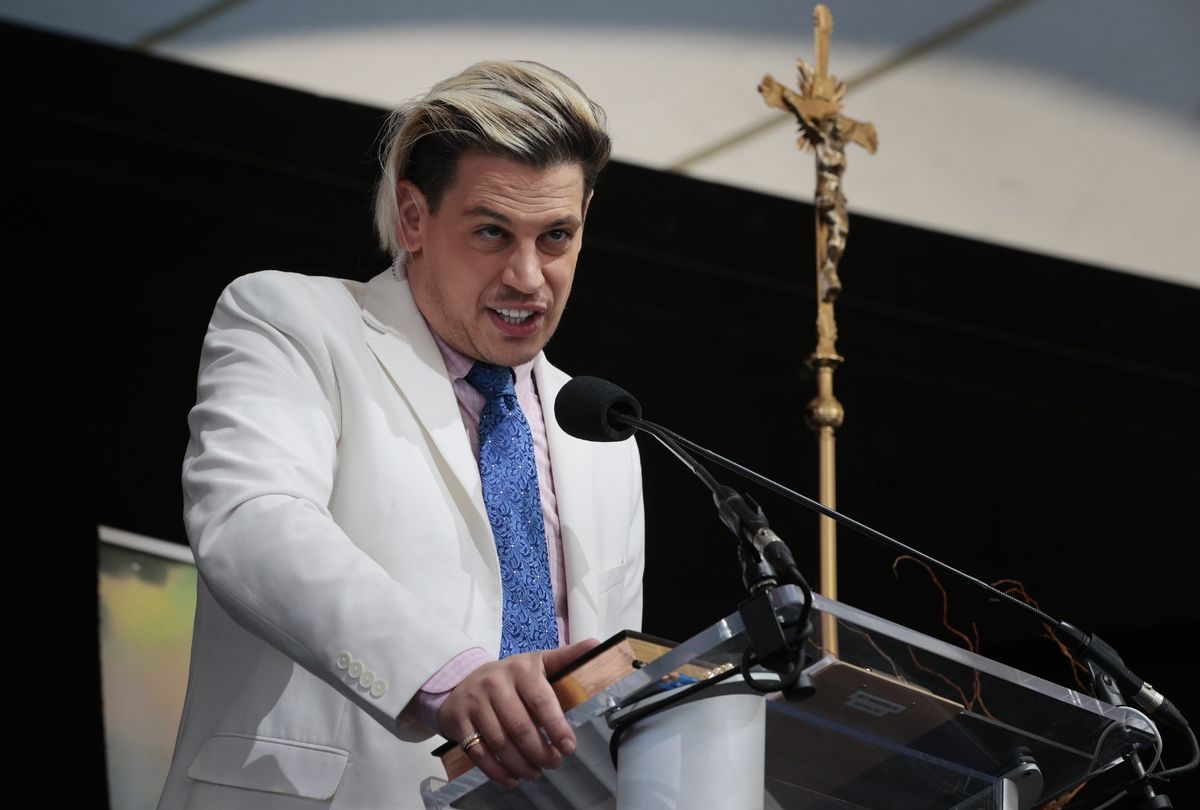 Far-right commentator Milo Yiannopoulos has been ousted from the presidential campaign of Ye, the rapper formerly known as Kanye West, according to The Daily Beast.

The firing of Yiannopoulos follows a series of antisemitic meltdowns by the musician. In the past week alone, West went on an hours-long tirade about how he "likes" Adolf Hitler on InfoWars and stormed out of an interview with YouTuber Tim Pool after the host gently pushed back on West's antisemitic comments.

However, Yiannopoulos told The Daily Beast on Sunday that he chose to leave West's campaign on his own. "Ye and I have come to the mutual conclusion that I should step away from his political team," he told the outlet. "I will continue to pray for Ye and all his endeavors.

While it's unclear why Yiannopoulos was booted off the team, he claimed that it was due to "concerns about a potential new hire," but did not give a name.

"He tried to f**k me": Kanye campaign chief says dinner was set up to "make Trump's life miserable"

Yiannopoulos acted as an informal campaign manager for West's purported presidential campaign and was one of the first figures brought into the operation. After Yiannopoulos joined the team, it didn't take long for other far-right figures to be hired, including white nationalist Nick Fuentes and racist YouTuber Nico Kenn De Balinthazy, who posts under the name "Sneako."

Yiannopoulos was missing from West's entourage during his already infamous appearance on InfoWars last week — a sign that he was stepping back from the campaign. Several other far-right activists, including Ali Alexander, have stepped in, trying to take advantage of the perks that come with being in West's circle.

"It's like Game of Thrones, and every day is the Red Wedding," one conservative figure familiar with the internal dynamics of West's group told The Daily Beast.

Tensions have been rising in the past few weeks as Yiannopoulos and Fuentes described different accounts of what happened at dinner with former President Donald Trump last month. Yiannopoulos told NBC News that he hatched a plan to sneak Fuentes into Mar-a-Lago to "make Trump's life miserable," a claim that Fuentes later refuted.

Allegations within conservative media groups emerged on Sunday afternoon, claiming Yiannopoulos was fired after making a "move against" Fuentes. Yiannopoulos denied the claims in his interview with The Daily Beast.

"Any suggestion that I tried to get anyone fired is false—especially not people I brought in myself, who owe me their gratitude, loyalty, and respect," Yiannopoulos said.

He added that he was not "in the least bit drawn in by perks and private jets," and suggested "maybe the others are."

Yiannopoulos was not always an ally of West — he frequently bashed the rapper in private before joining his campaign. Direct messages leaked by far-right activist Laura Loomer exposed Yiannopoulos, who insisted West is gay.

Laura Loomer alleges that prior to being hired to run Kanye West's presidential campaign, Milo Yiannopoulos repeatedly posted on social media that West is gay. Loomer then posted a video of Milo bragging about collecting "shit" on nearly everyone with whom he interacts. pic.twitter.com/8CPcUPo0lF

Yiannopoulos has also secretly recorded his former-allies, and once bragged about a hard drive full of compromising phone calls with every "public figure" he knows.

Something to consider after Milo's firing from the Ye campaign: Milo has a penchant for collecting audio and other compromising material on his frenemies. He had a hard drive called "The Vault" filled with the stuff, and was subpoenaed for it during a Charlottesville lawsuit.