“He tried to f**k me”: Kanye campaign chief says dinner was set up to “make Trump’s life miserable”

“Trump was totally blindsided,” a source told NBC News. “It was a setup” 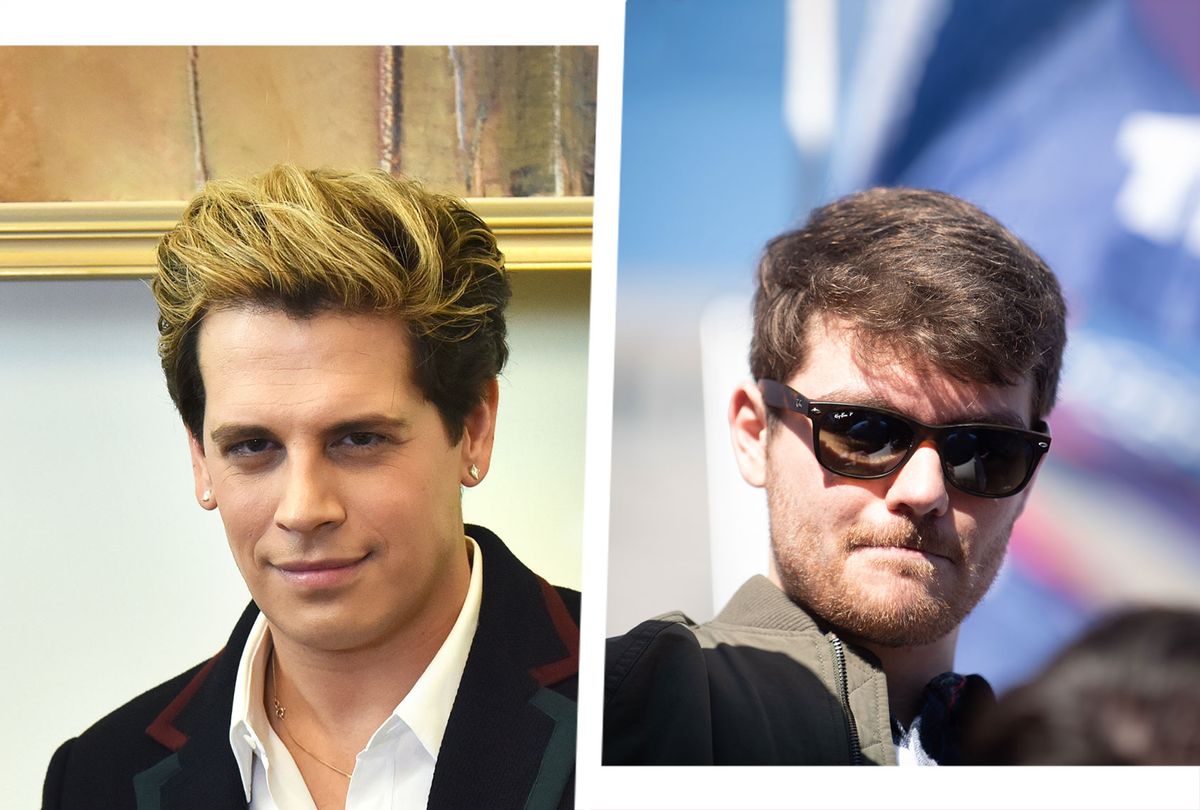 Far-right extremists Milo Yiannopoulos and Nick Fuentes claimed that their now infamous dinner with former President Donald Trump at Mar-a-Lago was a set-up.

Trump last week dined with antisemitic rapper Ye, formerly known as Kanye West, and Fuentes, a white nationalist Holocaust denier that has repeatedly praised Hitler. Trump has insisted that he was only supposed to dine with Ye and claimed that he did not know who Fuentes was. A growing number of Republicans have condemned Fuentes but many have stopped short of criticizing Trump directly.

Ye, who claims that he is running for president and reportedly suggested to Trump that he be his running mate, has tapped Yiannopoulos to serve as his de facto campaign manager. Yiannopoulos, a former Breitbart editor who was ousted after defending pedophilia and later banned from Twitter for inciting racist abuse against comedian Leslie Jones, told NBC News that he was the "architect" of the dinner.

The far-right agitator told the outlet that he arranged to have Fuentes slip into the dinner "just to make Trump's life miserable" because he knew it would leak and damage him.

Yiannopoulos told the outlet that he arranged for Fuentes, who is also advising the rapper, to travel with Ye and persuaded former Trump 2016 campaign adviser Karen Giorno to drive Ye to Mar-a-Lago, where Fuentes would join their dinner party. During the dinner, Ye and Fuentes criticized Trump for not doing enough to help Jan. 6 Capitol rioters and warned him he may lose the 2024 election, according to NBC News.

"I wanted to show Trump the kind of talent that he's missing out on by allowing his terrible handlers to dictate who he can and can't hang out with," Yiannopoulos told the outlet. "I also wanted to send a message to Trump that he has systematically repeatedly neglected, ignored, abused the people who love him the most, the people who put him in office, and that kind of behavior comes back to bite you in the end," he added.

Fuentes himself "echoed the sentiment," according to NBC News' Marc Caputo.

"I hate to say it, but the chickens are coming home to roost. You know, this is the frustration with his base and with his true loyalists," Fuentes told the outlet.

Fuentes said that he praised Trump as "my hero" but told him that he was "in danger of becoming a scripted establishment bore," according to the report. Fuentes on Telegram later disputed Yiannopoulos' claim that his "intention was to hurt Trump."

"That is fake news," Fuentes said. "I love Trump."

Ye posted a video after the dinner saying that Trump is "really impressed with Nick Fuentes."

But the former president was furious after the dinner, according to NBC News.

"He tried to f--- me. He's crazy. He can't beat me," Trump told one confidant of Ye after the dinner, a source told the outlet.

"Trump was totally blindsided," the source said. "It was a setup."

"The master troll got trolled," the adviser told NBC News.

The dinner has led some Republicans to condemn Fuentes and Ye, with a few, including former Vice President Mike Pence, directly calling out Trump. But House Republican Leader Kevin McCarthy, R-Calif., falsely claimed that Trump "came out four times and condemned" Fuentes.

In fact, Trump has issued multiple statements insisting only that he did not know who Fuentes was. Trump did not criticize Fuentes' ideology, a CNN fact-check noted, and in fact pushed back on advisers' pleas for him to do so, according to The Guardian.

Trump repeatedly rejected advice to criticize Fuentes "over fears that he might alienate a section of his base," sources told the outlet.

TrumpWorld has gone into damage control mode since the dinner, imposing new protocols to vet and approve visitors before they meet with the former president, according to the Associated Press. Under the new rules, a senior campaign official will be present by his side at all times, according to the report.

A number of Republicans have blamed Trump's staff for allowing the meeting to happen and called for those responsible to be fired. The New York Times' Maggie Haberman, who has covered Trump for years, pushed back on Republicans casting blame on Trump's aides.

"The person who let [Fuentes] in was the former president," Haberman tweeted. "This is always the theme, from executive orders in 2017 to Jan. 6: that staff is somehow failing Trump or to blame. Some staff tried stopping him from meeting with West. He wanted to do it."

about Trump's dinner with antisemites