Trump's dinner with Nick Fuentes won't morally outrage the GOP, but they are worried it will hurt them at the polls 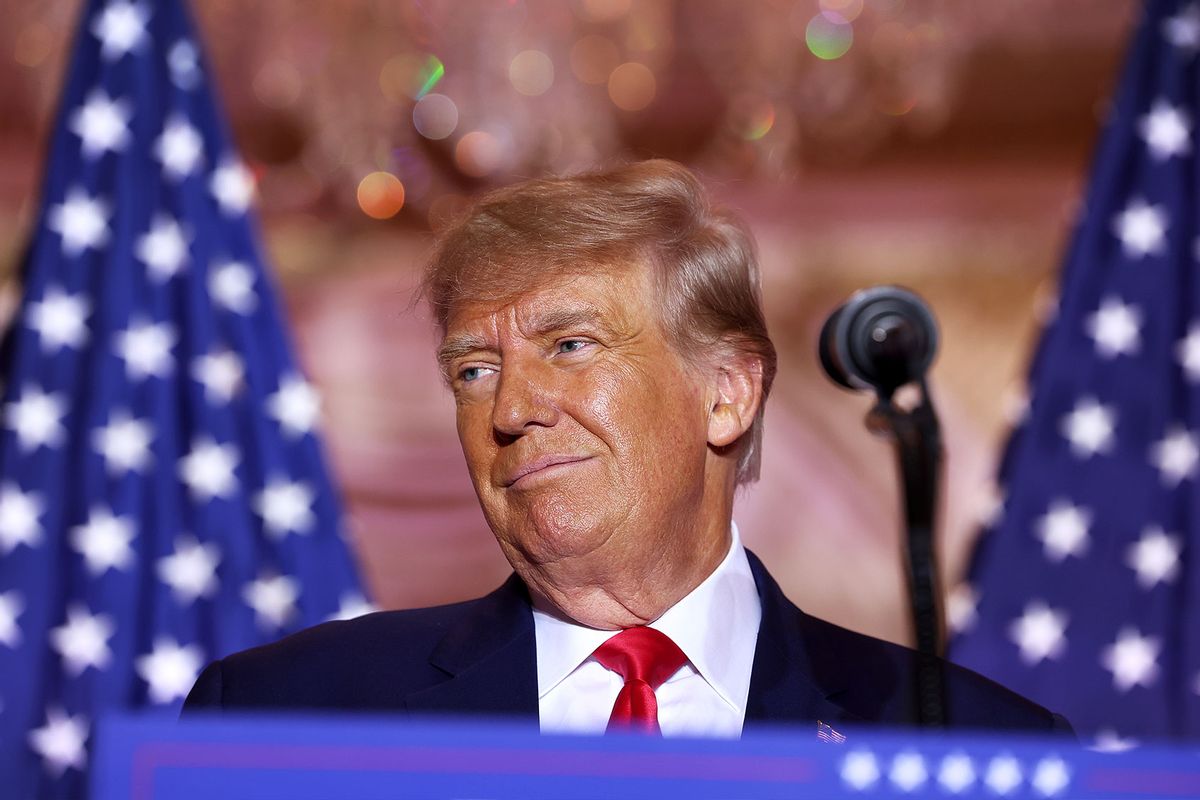 After seven years of Donald Trump being America's main character, we've developed a tedious routine to react to fresh reminders of Trump's sympathies for neo-Nazis and other fascists. First, Trump gaslights in response, pretending any racism is being projected onto him by the "fake news." Other Republicans run from reporters or play dumb about what's going on. GOP base voters, who either fully agree with Trump's racist views or don't care enough to hold it against him, dig in their heels and refuse to reconsider their cult-like worship of the former president. Eventually, the media realizes, once again, that having an overt white nationalist leading the GOP doesn't actually move the needle much for their horse race coverage, and so they too give up on the story — at least until the next dust-up, when we start the cycle all over again.

The latest reminder of Trump's racial views: He had dinner with Ye, formerly Kanye West (whom Vox dubs "a poster child for antisemitism and white nationalism") and Ye's new Holocaust-denying buddy Nick Fuentes. As I write this, we're in the middle of the process where Trump pretends it's an accident he keeps buddying up with people who espouse neo-Nazi ideologies. We're also going through the motions of the media expressing outrage at GOP silence, while Republicans lay low, knowing this too will pass.

But not all Republicans are keeping mum. Indeed, a surprising number of them are going on the record criticizing Trump about his dinner with a man who declared, during the racist riot in Charlottesville in 2017, "The rootless transnational elite knows that a tidal wave of white identity is coming." But these complaints about Trump are hardly evidence that the GOP leadership has developed a conscience and now rejects the racism that fuels Trump and his movement. On the contrary, this comes across loud and clear: GOP leaders don't care about Trump's moral depravity. They only care that his indiscretion huts their party's electoral chances.

"This is just another example of an awful lack of judgment from Donald Trump, which, combined with his past poor judgments, make him an untenable general election candidate for the Republican Party in 2024," former New Jersey governor Chris Christie told the New York Times. Christie suggested that Trump had Fuentes over because it "feeds the hunger he feels for the attention he's missing since he left the presidency."

Note what's not in Christie's statement: Any suggestion that it is wrong for Trump to signal his affinity with white nationalists. Christie seems more disgusted with Trump's attention-seeking behavior than with Trump's racism. But mostly, Christie's concern appears to be that Trump lacks the political judgment to realize that open white supremacy alienates swing voters.

A widely shared editorial in the highly conservative Wall Street Journal echoed the assumption that the main problem with white supremacy is not that it's evil, but that it's politically damaging to their preferred party. "Donald Trump's presidential campaign is barely two weeks old, and already it has his trademarks of bad company and bad judgment," the paper's editorial board complained. They went on to describe this as "an example of his usual lack of organization and discipline," predicting "the next two years will inevitably feature many more such damaging episodes."

"Republicans who continue to go along for the ride with Mr. Trump are teeing themselves up for disaster in 2024," they conclude. Not mentioned: That white supremacy is reprehensible, regardless of its impact on the GOP's electoral outcomes. Nor did they mention that rising white nationalism has led to mass murders in places like El Paso, Texas, Pittsburgh, Pennsylvania, or Buffalo, New York. Nor did they note that ongoing attacks on democratic systems are rooted in white nationalist assumptions about who is and isn't a legitimate American.

"Well, he certainly needs better judgment in who he dines with," Rep. James Comer said when confronted on "Meet the Press." The Kentucky Republican then refused to condemn Trump or white nationalism as an ideology, even as he said he personally would have not taken the meeting. "But that's my opinion," he hastened to add, signaling that alliances are more a matter of personal taste and not basic decency.

"Taking us all for fools": GOP leaders called out for silence on Trump's dinner with Nick Fuentes

From one perspective, it's smart for Republicans to demur on the moral questions and instead focus on the political downsides of Trump's behavior. That Trump is a racist is hardly news, and it's clear the vast majority of Republican voters don't have a problem with it. For a large chunk of Trump supporters, his unsubtle white nationalist leanings are why they remain loyal, putting him in the unprecedented position of being a losing incumbent who appears to have a lock on the next presidential nomination. Republican leaders can't convince those voters to give up on Trump because of ethical concerns, but they may be able to persuade them that Trump simply can't win anymore.

Still, it speaks volumes that the few GOP leaders willing to criticize Trump at all only do so by framing him as a threat to the GOP's future while ignoring the larger threat he poses to the nation. Republican voters may drape themselves in the flag and other symbols of patriotism, but this rhetoric shows their leaders believe they will put party before people every time. For Republicans, the issue is never that Trump stands against American values like equality or democracy. It's that his authoritarian, white supremacist views offend some number of Americans who might otherwise be inclined to vote for their party. In the end, GOP leaders send the message that the problem with Trump's overt racism is not that it's wrong or damaging, but that it's inconvenient to white conservatives.

about white nationalism and the GOP: