McInnes sought to "talk him off the ledge" to prevent him becoming a "Nazi." It didn't go well 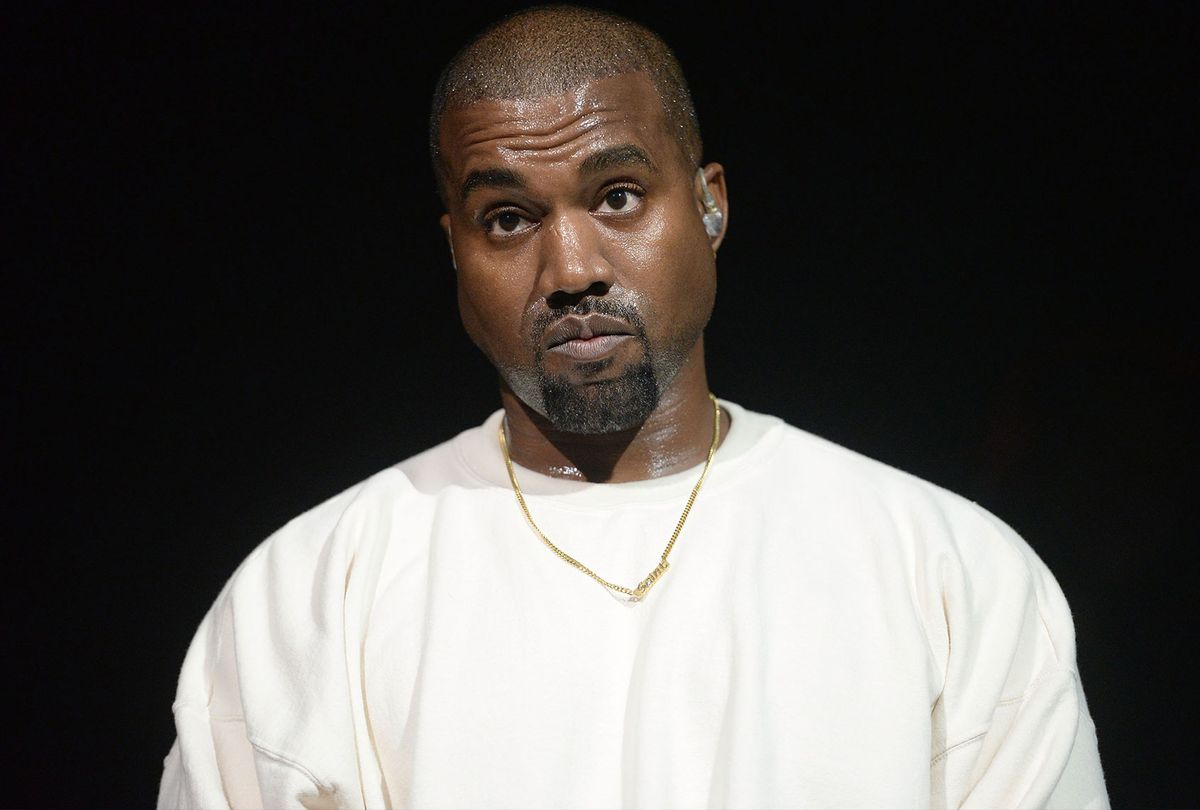 The rapper, who now goes by Ye, appeared on the right-wing platform Censored.TV with Proud Boys founder Gavin McInnes, who said off the top that he hoped to "talk him off the ledge" and prevent him from "becoming an antisemite or a Nazi," but the rest of the program strongly suggested he was too late, reported Rolling Stone.

"Jews should work for Christians," West told McInnes. "I'll hire a Jewish person in a second if I knew they weren't a spy and I could look through their phone and follow through their house and have a camera all in their living room."

McInnes met with West, who again wore a black mask covering his entire head, and neo-Nazi Nick Fuentes, who recently joined the rapper for dinner with Donald Trump, and pointed out that Adolf Hitler had a historically bad reputation.

"We make our reputations, that was made by Jewish people," West claimed. "But some of it's incorrect. Also, the Holocaust is not the only holocaust, so for them to take that and claim -- we have abortion right now. That's eugenics, that's genocide. That's a holocaust that we're dealing with right now, so because Jewish people control the majority of the media, along with banks, along with real estate, along with malls."

McInnes argued that secular Jews were problematic "liberal elites," just like Kamala Harris and Barack Obama, but defended Orthodox Hasidic Jews, and West said he "lumps them all together" and blamed them for pornography -- which he compared to a "gas chamber."

"They can control the narrative," West said. "History is written by the winners."