Herschel Walker's son celebrates his defeat: Trump "demanded" he run when family "begged" him not to

Walker's ex-girlfriends, who accused him of abuse, also rejoiced after his loss 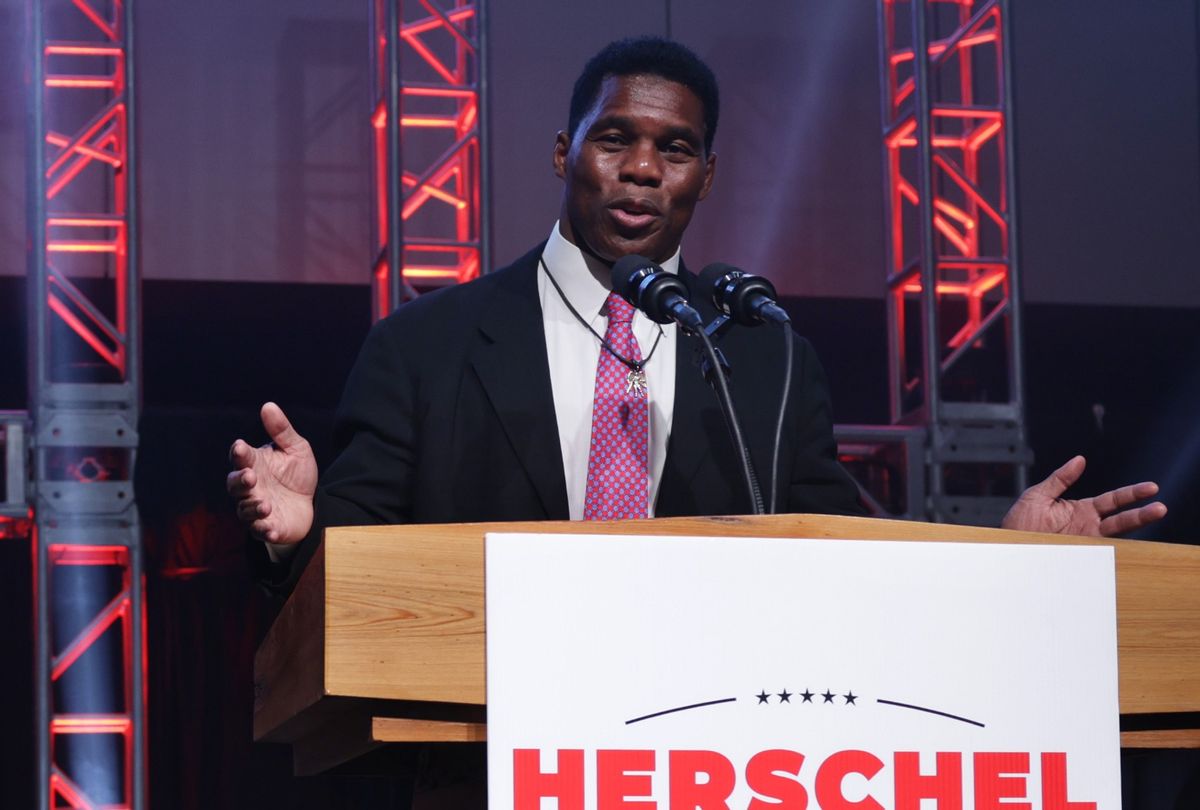 Christian Walker called his father a "backstabber" who lied "for 18 months straight." He also claimed that the Republican was "pathetic" for keeping two of his children secret to chase "more fame and power."

In recent weeks, Christian Walker has unleashed harsh criticism of former President Donald Trump, who pushed his father to get into the race, saying that his family "got the middle finger" in the end.

"The Truth: Trump called my dad for months DEMANDING that he run. Everyone with a brain begged him: 'PLEASE DON'T DO THIS,'" Walker tweeted Tuesday night.

Warnock wins in Georgia — Democrats will have 51-seat Senate majority

He also accused the Republican Party of helping his father run "mainly because he was the same skin color as his opponent with no background other than football."

Republicans, we say we don't play "identity politics" and then you ran this man mainly because he was the same skin color as his opponent with no background other than football. A boring old Republican could have won.

Christian Walker started tweeting four minutes before The Associated Press called the runoff for Sen. Raphael Warnock, D-Ga., and followed up with seven other tweets, ending with a tribute to his mother.

"She wanted no part of this," he said of his mother, who alleged that she suffered domestic abuse at the hands of the former NFL star. "I'm so happy she can rest now, and this bull crap is over with."

And then maybe you can win a senate seat.

In October, Christian Walker also made headlines for criticizing his father after it was reported that Herschel Walker had three children that he had not previously mentioned publicly, and that despite running on a pro-life platform, had paid for an abortion for a former girlfriend and encouraged her to have a second one.

An unnamed second woman then came forward alleging that Herschel Walker paid for her to have an abortion too.

Herschel Walker denied the abortion allegations and tweeted: "I LOVE my son no matter what." He has remained mostly quiet since, claiming on Tuesday that he didn't want to "swing voters to Warnock."

After the Georgia contest was decided late Tuesday, Christian Walker took to Twitter Spaces, the social media site's live audio platform, to deliver a monologue to more than 1,300 listeners. The younger Walker repeatedly stated that he supported Trump, but that he was wrong in assuming his father would win because "he's Georgia royalty." He said that he would prefer Florida Gov. Ron DeSantis run on behalf of the party in the 2024 presidential election.

Christian Walker also denounced Sen. Lindsey Graham, R-S.C., for campaigning with his father, claiming both Democrats and Republicans disliked him. In recent months, Christian Walker has gained support from some on the left, including Chi Ossé, a sitting member of the New York City Council, who tuned into the livestream, saying he was a "huge fan" despite being a "radical leftist."

When asked of his own political ambitions, Christian Walker laughed and said he would "never" run for office.

Several other people from Herschel Walker's personal life were happy with his loss in the runoff election, including women who had romantic relationships with him and said they experienced his abusive behavior.

"I am extremely proud of the outcome of this runoff," Cheryl Parsa told The Daily Beast after the results were announced. Parsa alleged that in their five-year relationship in the 2000s, Herschel Walker repeatedly lied, cheated, and once violently attacked her.

Cheryl Parsa, Herschel Walker's former girlfriend: "My head was against the wall. He was speaking with such force that his saliva was all over my face. And he had his hand on my throat, my chest, and he leaned back to throw a punch."https://t.co/vp51GyjgYt

"The great people of Georgia deserve better representation in the Senate than Herschel Walker, and today they have chosen better," she added.

Another woman, who had a two-year affair with Walker in the late 1990s and reconnected with him a decade later, also told the outlet that she felt relief with the outcome.

"Finally, this violent liar, cheater, adulterer, abuser and deranged, manipulative idiot has been defeated," she said. "As a victim of this disgusting liar, I finally feel relieved, vindicated, and not alone."

While Walker has tried to present himself as a religious family man who opposes abortion in all circumstances, an October report found cracks in this story. A woman who had a secret child with Walker told The Daily Beast that three years before their son was born, he had paid for her to get an abortion. She presented the outlet with a $575 bill from the abortion clinic, a "get well" card from Walker and a bank image of a signed $700 personal check from Walker close to the time of the abortion.

She also revealed that Walker tried to get her to have an abortion during her second pregnancy, claiming it still wasn't "the right time" for him. After the result of the runoff election on Tuesday night, the woman said Walker's loss was vindicating.

"Georgia made their choice today. Herschel will not be their voice," she said. "Your votes matter. Your voice matters. When we as a country demand more of our leaders, we will be heard!"

Parsa also said Tuesday night that the solidarity and public statements from women who were abused by Walker helped Georgia voters make an informed decision.

"I am humbled by the strength of the women alongside me—those who came forward and those who have stood by in support—and I am proud of the people of Georgia for voting their conscience and making the right decision for women, for Georgia, and for our country," she said.

Parsa said she is hopeful that the result of the election will help women "to feel heard, to come forward, and to stand in their truth and power."

Another woman who was in a relationship with Walker in 2006 also told the outlet that Walker's loss "not only vindicates that democracy has won but the women that he betrayed, have won."

"The truth has won and I hope Herschel finds a way to start telling the truth," she said. "However, I highly doubt he knows what the truth is anymore."