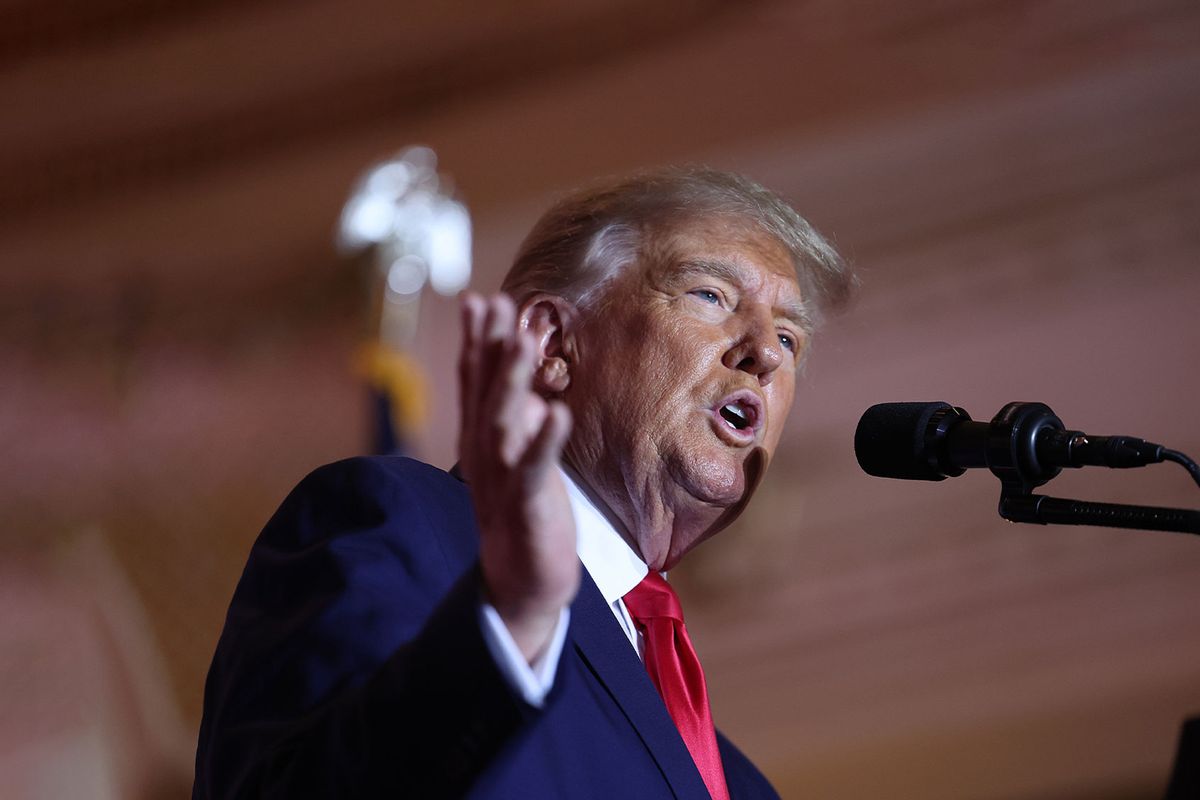 Former President Donald Trump lashed out at President Joe Biden, the January 6 committee, and his other perceived rivals in two Truth Social posts on Christmas Eve.

"The Unselect Committee's January 6th Report is a Hoax, no different than RUSSIA, RUSSIA, RUSSIA, and all of the other Scams that the Disinformation laden Democrats have been planting for years," Trump wrote. "If I weren't leading by a lot in the Polls, against both parties, this continuation of falsehoods and lies would end quickly. I won in 2016, did much better in 2020 (RIGGED!), and the Radical Marxists don't want to run against me or MAGA in 2024. I had almost nothing to do with January 6th. FREE SPEECH!"

Earlier this week, the House select committee investigating the attack on the U.S. Capitol has urged the Justice Department to pursue Trump for inciting an insurrection, obstruction of an official proceeding, conspiring to defraud the US government and making false statements.

The panel has begun turning over evidence to independent prosecutor Jack Smith, who is overseeing federal probes into Trump's role in the riot and his handling of government secrets improperly stored at his Florida beach club.

"If the evidence is as we presented it, I'm convinced the Justice Department will charge former President Trump," committee chairman Thompson told CNN ahead of the report's release.

The twice-impeached 76-year-old Trump is also facing criminal and civil investigations into his business practices and efforts to overturn his election defeat in the swing state of Georgia.

In a subsequent Truth Social post, the former president raged against Biden and law enforcement.

"Merry Christmas to EVERYONE, including the Radical Left Marxists that are trying to destroy our Country, the Federal Bureau of Investigation that is illegally coercing & paying Social and LameStream Media to push for a mentally disabled Democrat over the Brilliant, Clairvoyant, and USA LOVING Donald J. Trump, and, of course, The Department of Injustice, which appointed a Special 'Prosecutor' who, together with his wife and family, HATES 'Trump' more than any other person on earth. LOVE TO ALL!"

With additional reporting by AFP.