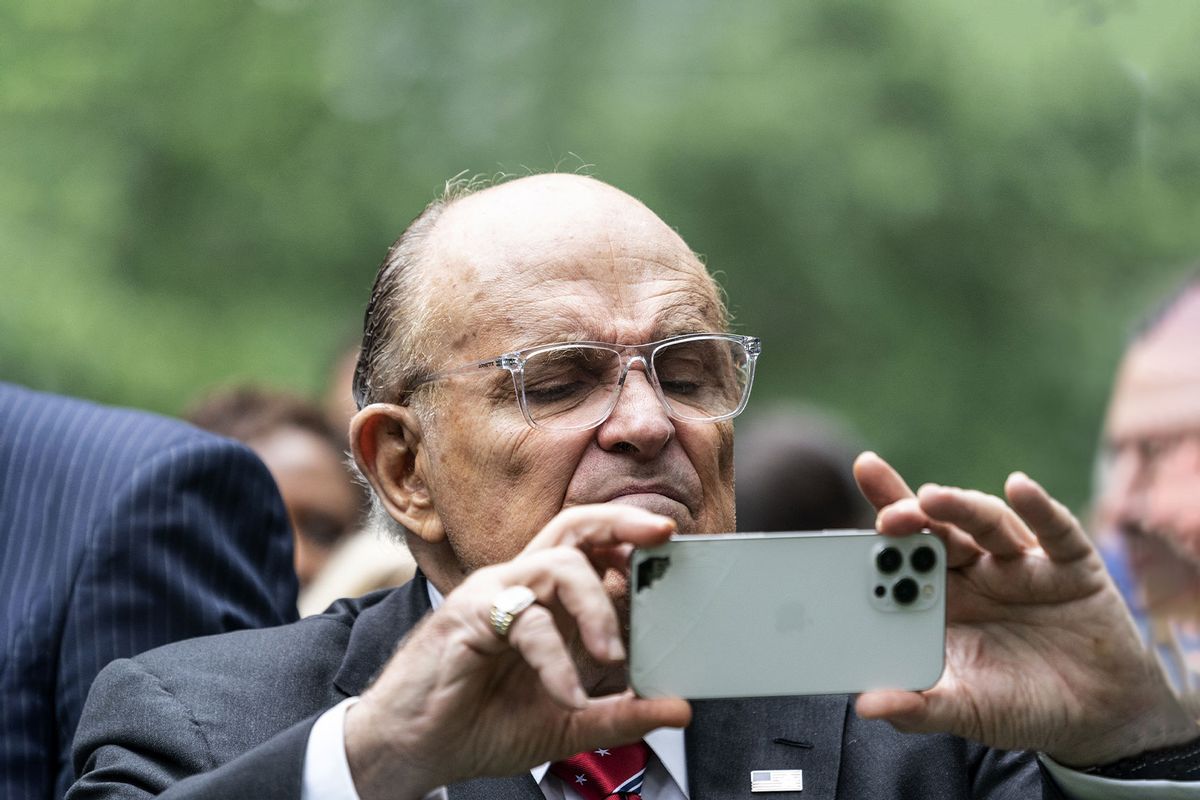 Former New York City Mayor Rudy Giuliani spent New Year's Eve vibing at ex-President Donald Trump's Mar-a-Lago golf resort in Palm Beach, Florida. At 10:16 p.m., Giuliani — whose pro bono role as Trump's defense counsel on television and in dozens of failed court cases challenging the outcome of the 2020 election got his license to practice law suspended and exposed him to potential criminal consequences — tweeted a video of himself sitting at a table and mingling with guests.

The footage also featured Giuliani speaking into the camera, although his words were drowned out by Kenny Loggins' 1984 hit song "Footloose" blaring through the speakers in the half-empty ballroom.

But for people who closed out 2022 scrolling Twitter, Giuliani's inaudible chatter presented an opportunity to troll the embattled 78-year-old whose embrace of conspiracy theories sabotaged his revered reputation as "America's mayor." And neither of the two categories of reactions that emerged showed Giuliani any mercy.

Why is this in my feed???? He doesn't even know what year it is.

Quite a scene at Mar-a-Lago tonight.

Talk about a wedding you weren't invited to vibe!!!

Did not know Rudy Giuliani died. Yet here he is, posting selfies in hell.

Pretty sure that's the hotel from The Shining.

Here are some unintelligible new year's greetings from Mar-a-Lago

Smiling corpse tries to scream over loud music and other trashy Mar a Lago guests.

He doesn't look right without the hair dye dripping down his face. Sad

Crazy how you sold everything respectable about you for that invite. Imagine being a sycophant for Trump as your legacy. Feel bad for him. It's like he got caught up in the vortex and got so deep he couldn't get out. How embarrassed his kids must be.

People ask what happened to Rudy. Answer is he became a Trump supporter and it ruined his life and reputation

That room looks like it's been decorated with The Dollar Store items. The items in the clearance cart.

The sentinels of 9/11 mingle with your soul when you are alone and feeling embarrassed and disgraced. They will take you to the place of healing when all's done. Until then, continue to party like you have no soul.

I hope this is your last New Year's party as a free man. If you get a good celly he can probably hook you up with some good prison brew so you can celebrate next New Years.

Oil can Rudy. Was he leaking while he drunkenly slurred his words? America's Seditious Mayor

Don't cause another insurrection!