Hundreds of thousands take to the streets for leftist president's second coming: "Democracy was the big winner" 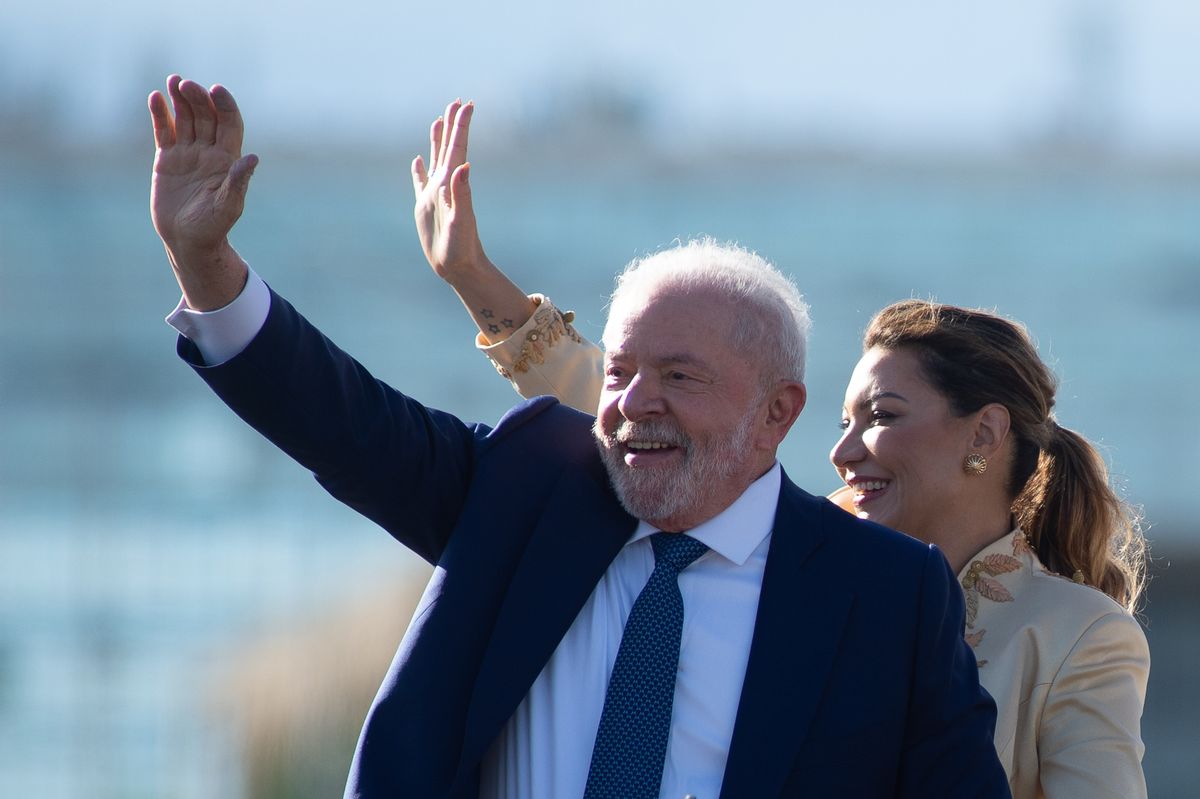 Luiz Inácio Lula da Silva waves to supporters along with his wife Rosangela da Silva as they head toward the National Congress in Brasília for his inauguration as Brazil's president on Jan. 1, 2023. ( Andressa Anholete/Getty Images)
--

Hundreds of thousands took to the streets across Brazil on Sunday to celebrate the inauguration of leftist President Luiz Inácio Lula da Silva, whose return to the nation's highest office also marked the exit of far-right Jair Bolsonaro who left his country and arrived in the U.S. state of Florida ahead of the weekend's transfer of power.

After being sworn in during a ceremony at the National Congress, Lula addressed the assembled lawmakers as he lamented the "terrible ruins" left by Bolsonaro, though he did not actually mention his predecessor by name. But Lula also issued a message of renewal and hope.

"Our message to Brazil is one of hope and reconstruction," Lula said in the speech. "The great edifice of rights, sovereignty and development that this nation built has been systematically demolished in recent years. To re-erect this edifice, we are going to direct all our efforts."

"Democracy was the big winner in this election," he declared. "Long live democracy! Love live the Brazilian people!"

Following his call for reconstruction, he vowed to "rebuild the nation and make a Brazil of all, for all."

Lula, who previously served as president from 2003 to 2010, beat Bolsonaro in a highly-contentious election in October amid concerns that the incumbent — often compared to former U.S. president Donald Trump — would not ultimately concede or relinquish the office.

In the capital city of Brasília on Sunday, throngs of Lula supporters were seen in the streets ahead of a presidential motorcade bringing the returning president to his swearing-in ceremony.

Music and dancing in the streets added to a festive atmosphere even as a strong security presence acted as a reminder of the reluctance by Bolsonaro and his right-wing supporters to admit defeat at the polls. As the Washington Post reports:

the carnival-like party on New Year's Day comes against a tense backdrop, as supporters of outgoing President Jair Bolsonaro remain camped outside army barracks here and across the country, calling for a military overthrow of the incoming government to keep their candidate in office.

The threat of potential violence not far from the Planalto Palace, where Lula will be sworn in for a third term as president of Latin America's most populous country, is a stark reminder of the division in the country he is now tasked with governing.

With Bolsonaro seeking refuge in Florida amid investigations into his political dealings and possible corruption during his time in office, the New York Times notes that means "there will be no ceremonial passing of the presidential sash on Sunday, an important symbol of the peaceful transition of power in a nation where many people still recall the 21-year military dictatorship that ended in 1985."

Interviewed by the Associated Press on Saturday, Lula supporter Eduardo Coutinho, who traveled from his home to Brasília for the inauguration, said the ousted far-rights president's departure is nearly as sweet as Lula's return.

"I wish I were here when Bolsonaro's plane took off, that is the only thing that makes me almost as happy as tomorrow's event," Coutinho said. "I'm not usually so over-the-top, but we need to let it out and I came here just to do that. Brazil needs this to move on."

about Lula, Bolsonaro and Brazil