Cardiologists explain what could have caused Damar Hamlin's cardiac arrest

The healthy, 24-year-old safety for the Buffalo Bills suffered cardiac arrest on the field on Monday 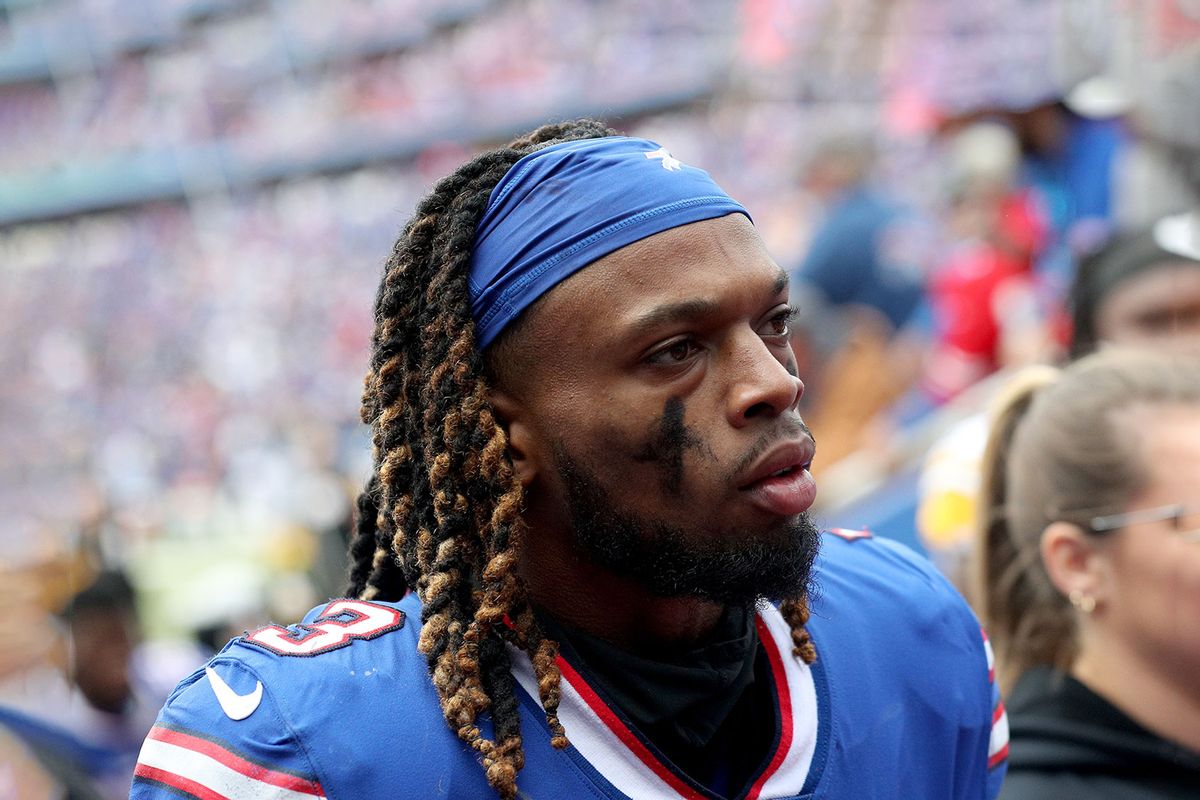 On Monday night, Buffalo Bills safety Damar Hamlin suffered a cardiac arrest while playing in a football game against the Cincinnati Bengals. Millions of horrified Americans watched as the NFL player collapsed after being struck in the chest by Cincinnati wide receiver Tee Higgins during a tackle. Even in a game notorious for inflicting devastating injuries on players, Hamlin's cardiac arrest was especially shocking to the public, which watched live as first responders spent 10 minutes administering CPR and applying a defibrillator. Among other questions, Hamlin's cardiac arrest raises concerns about how such a seemingly bizarre tragedy could have happened in the first place.

Hamlin, after all, is a 24-year-old athlete with no reported history of heart problems. He does not fall into the usual demographic for cardiac arrest patients. Could such a tragedy befall anyone? Was it random chance — or perhaps something spurred by the tackle, and the general health problems the sport is known to exacerbate?

According to the experts who spoke with Salon, it is plausible — albeit not confirmed — that Hamlin suffered from an ailment known as commotio cordis.

According to the experts who spoke with Salon, it is plausible — albeit not confirmed — that Hamlin suffered from an ailment known as commotio cordis, a condition in which the heart's rhythm is disrupted by a sudden blow to the precordial region (just above the chest) during the wrong moment in a heartbeat. The human heart pumps blood through your body through a process known as a cardiac cycle. Cardiac cycles can be measured by an electrocardiogram (ECG) and scientists know that there are five "waves" that occur as the heart goes about its cardiac cycle: The P, Q, R, S and T waves.

As it turns out, you definitely do not want a hard blow to your chest during a T wave. If during the ascending limb of the T wave a boxer takes a punch to the chest, a hockey player is struck with a puck to the chest or a baseball player is slammed by a baseball to the chest, it can accidentally lead to cardiac arrest. If the regular heartbeat is not restored quickly, the patient will die. As such, there is no question that the first responders who diligently worked to revive Hamlin are the reason why he did not die on the field.

"Without CPR and electrical defibrillation death is likely," explained Dr. Robert A. Kloner, chief science officer and scientific director of cardiovascular research at Huntington Medical Research Institutes, in an email to Salon.

As for the seeming freakishness of this happening to such a young person, Kloner pointed out that commotio cordis "can occur in people with otherwise normal hearts." Although rare, the mechanics of the heart are such that it is indeed possible for otherwise healthy individuals to suffer from cardiac arrest if struck in the chest at precisely the wrong moment. Moreover, Kloner emphasized that there may be other information in Hamlin's medical history which could explain his cardiac arrest.

"Without knowing Damar's medical history there are some other possibilities that would need to be ruled out," Kloner told Salon. "He should be ruled out for a congenital malformation of the arteries to the heart or a type of cardiomyopathy that makes him more prone to arrhythmias; and hopefully once recovered should have a thorough cardiovascular work up."

Commotio cordis is "pretty rare," only occurring when a precise and unusual sequence of events occurs.

Dr. Jeffrey Teuteberg, a cardiologist and professor of medicine at Stanford University, said that "it does seem like commotio cordis is the most likely explanation for his arrest," although he specified that we don't know for sure yet.

So can commotio cordis strike anyone at any time? The good news for the general public is that commotio cordis is "pretty rare," only occurring when a precise and unusual sequence of events occurs. Yet Monday's incident is a reminder that "despite how sophisticated the heart is, it still has its moments where [it] can be vulnerable to something like this," Teuteberg said. If anything, it serves as a warning that heart-related health incidents are serious, and that it is valuable to be prepared in advance.

"I think one of the big take-home messages for the public is the importance of proper CPR and how critical an AED [automated external defibrillator] is in this type of situation," Teuteberg wrote to Salon. "The faster you can get to somebody and have effective CPR and then defibrillate them with an AED the better the outcomes are going to be."

The bad news is that it is still unclear what happened in Hamlin's situation, or whether he will fully recover. (At the time of this writing, Hamlin is still listed as being in critical condition, meaning his vital signs are unstable and his fate is uncertain.) When the human body is forced to go without proper circulation for a prolonged period, every organ is affected. As Kloner added, "we do not know whether Hamlin suffered organ damage during the period when they lacked adequate perfusion of blood."

"This will determine his prognosis," Kloner told Salon.

The other bad news is that various political commentators have seized on Hamlin's tragedy to spread their own message about COVID-19 vaccines. Right-wing influencers like former Newsmax host Grant Stinchfield, Turning Point USA head Charlie Kirk and former Republican political candidates Lauren Witzke and Joey Gilbert have all hinted or stated that COVID-19 vaccines are responsible for Hamlin's cardiac arrest. Conservatives like Florida Surgeon General Joseph A. Ladapo have in the past claimed COVID-19 vaccines are linked to heart problems — and point to documents like an anonymously-authored and non-peer reviewed short state analysis, or a November study by the Canadian Medical Association Journal (CMAJ), to make that case. Yet the CMAJ study emphasized that "although observed rates of myocarditis were higher than expected, the benefits of vaccination against SARS-CoV-2 in reducing the severity of COVID-19, hospital admission and deaths far outweigh the risk of developing myocarditis." Other studies consistently show that COVID-19 infections can cause both short-term and long-term heart problems, and that it is a far greater risk to your heart to get a COVID-19 infection than it is to get an mRNA vaccine.

Even the doctors who suspect commotio cordis as the culprit behind Damar Hamlin's cardiac arrest made it clear that this is only an educated guess.

Regarding the short state analysis touted by Ladapo, Dr. Monica Gandhi — a professor of medicine at the University of California, San Francisco — told Salon at the time that "this study is too flawed to be used to set policy on the mRNA vaccines in younger males."

In addition to being wrong about vaccine science, the political commentators are also forgetting one of the most important rules of medicine: Wait for the evidence. After all, even the doctors who suspect commotio cordis as the culprit behind Damar Hamlin's cardiac arrest made it clear that this is only an educated guess.

"With a lot of things that happen publicly without obvious clear explanations, I think it is always best to wait 24 to 48 hours to get the complete story before making any conclusions," Teuteberg told Salon, adding that even the commotio cordis hypothesis could ultimately be proven wrong. Kloner, who strongly doubted that vaccines had anything to do with Hamlin's cardiac arrest, likewise observed that the people who claim vaccinations caused Hamlin's collapse misunderstand the science they are citing.

"The incidence of inflammation of the heart (myocarditis) after vaccine is low and those who do get it usually have mild cases," Kloner said. "I do not know Damar's vaccination status."

"I am a native of Buffalo, NY and a Bills fan, so I certainly wish Damar the best and hope he recovers," Kloner told Salon.