The strange case of the undead writer 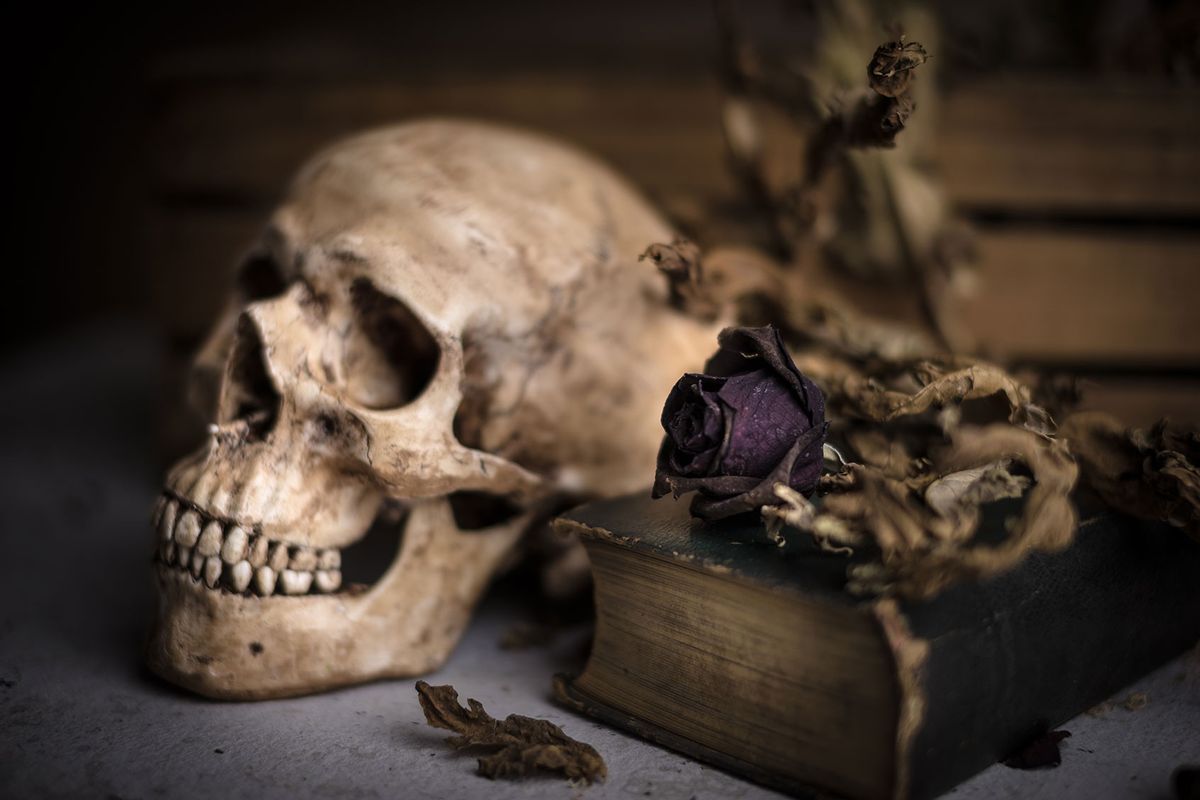 On Tuesday, a user with the name of Susan Meachen posted on her own Facebook fan page. That wouldn't seem that unusual except if you consider that she was supposed to be dead.

The post (now deleted) begins, "I debated on how to do this a million times and am still not sure if it's right or not." The post went onto say that the user expected questions "and a lot of people leaving the group I'd guess." The group is called The Ward, the online meeting place for readers of self-published romance writer Meachen, whose 10 books include titles like "Losing Him, Finding You," "My Crush" and "Smokey Mtn. Love." Meachen wrote that her "family did what they thought was best for me and I can't fault them for it."

What the post did not come out and directly say is that more than two years ago, Meachen died due to suicide. At least, her fans and the larger world were led to believe that she did. What the writer's family thought was "best," according to Meachen? Faking her death. Her readers? Not so much fans of the idea.

Salon digs into the mystery of the genre writer who was't dead.

In "Misery," James Caan made a writer a rock star

"Love to Last a Lifetime"

In September 2020, a person claiming to be Meachen's daughter posted on the fan Facebook page saying Meachen had died. The person had logged into Meachen's account and posted under her username. The self-described daughter went onto to post, under Meachen's username, multiple times in the subsequent weeks and months.

The daughter alleged that Meachen had been bullied into suicide by her harassers. Posts by the person calling themself Meachen's daughter said that Meachen's grieving family wanted no part of the book world that had tormented Meachen. However, Meachen had been working on a new book, intended as a gift to her daughter for her daughter's wedding. She was not able to complete it before her alleged death, but her daughter finished the book. And fans were urged to pre-order it, as moderator Connie Ortiz, Meachen's former personal assistant, wrote on The Ward. Others took up the rallying cry.

Fans did pre-order it. That book "Love to Last a Lifetime" is about a 25-year-old man who falls for his best friend's teen girlfriend. "From that moment on my whole purpose in life was to get her to go out with me," the synopsis reads. The book is currently ranked #144,956 on Amazon's Kindle Store, not bad for a 50-page self-published romance.

But it was not, apparently, Meachen's last book.

"How far would Satan go for love?"

According to Cole, Meachen assumed a fake name, TN Steele, and started to post on The Ward under that pseudonym, eventually becoming moderator of the page. After Ortiz posted a call for new moderators, due to her family's health issues, Steele wrote, as reported by Jezebel, "I'll take it Connie Ortiz. I will overhaul it and hope that it pleases you and Susan."

Steele is also an indie romance novelist. Both Steele and Meachen write they are from the South, though living in different states. Steele's Facebook page (describing herself as a "Want to be Author. Wife, office manager, and all-around goofier. Love to interact with others,") highlights a book coming in spring 2021, a few months after Meachen's reported death. Titled "Dance with the Devil," the book's tagline is "How far would Satan go for love?"

In Meachen's "Surprise, I'm alive!" post, the author acknowledges past self-harm. Previous posts on The Ward discussed her mental health. While she does not offer an explanation or even an apology for allegedly faking her own death, she writes in her return post, "I almost died again at my own hand." Meachen shifts the blame for the deception onto her family, writing "They had to go through that hell again," and, while never naming the fake death idea, swears her "family did" it.

Meachen, who, despite being "dead" on Facebook apparently never left TikTok, writes, "I am in a good place now, and I am hoping to write again. Let the fun begin."

Bullying and the book community

It is also not clear what specific bullying Meachen may or may not have received. Reviews for her books on Goodreads are mostly positive. But the book world is full of examples of harassment, perhaps particularly in the area of genre fiction, the devotees (or critics) of which can be especially passionate, opinionated — and cross some lines. Writers have been pressured into publicly declaring their sexuality or explaining their disability. Women writers, writers of color, queer writers and disabled writers are particular targets of vehemence and intrusion.

The call to action for fans to purchase Meachen's books, especially her "last" one, wasn't the end of the deception.

Julia Carpenter wrote in Glamour, "Women who write romance are particularly vulnerable to abuse. These are people who create narratives around sex, pleasure, and female happiness — in other words, women who are magnets for targeted sexist harassment."

The internet has only accelerated unfettered access to public figures like writers. Whereas before one might receive a creepy note in a P.O. Box, now writers, especially women, receive unsolicited missives daily from strangers across multiple channels: email, DMs, comments on unrelated social media posts. With increased access comes increased attention — and opportunities for harassment.

Writer Violet Catte wrote on Twitter, "If you are in a bad place, mentally, as an author, stepping away is completely acceptable. Faking your death and accepting donations to your nonexistent funeral, however, is not acceptable. It's fraud and emotional abuse. No one should buy Susan Meachen's books."

Consequences of faking your death

Could the real Meachen be in trouble? Faking your own death, also known as a staged death or pseudocide, "isn't inherently a crime," James Quiggle of the Coalition Against Insurance Fraud said to Live Science in 2012, "but it involves so many built-in frauds that it's virtually impossible to legally fake." Mental Floss reported, "Someone who fakes his or her death may commit crimes such as conspiracy, fraudulently collecting life insurance money, evading taxes, having a spouse file a false police report, forging a death certificate, or delinquency on loan payments."

Agatha Christie did not post that she was dead, nor ask fans to pre-order her book.

The call to action for fans to purchase Meachen's books, especially her "last" one, wasn't the end of the deception. Fans and fellow writers contributed to crowdfunding for funeral expenses, raising over a thousand dollars for Meachen's family. An anthology was dedicated to her, whose proceeds may have also gone to the family. A lot of fans want their money back.

In 1926, beloved and very famous mystery writer Agatha Christie disappeared for 11 days. Her car was found abandoned, her fur coat still inside despite the cold night, and foul play was suspected. However, Christie did not post that she was dead, nor ask fans to pre-order her book. The writer was found staying at a hotel under a pseudonym. She claimed to have suffered amnesia from a car accident, though several factors, including a fraught relationship with her husband at the time, and the fact that Christie's hotel pseudonym was his mistress' name, have led fans to believe — like a good mystery — more may have been at play.

It's not unheard of for writers to drop out of social media or the literary scene, to want to disappear, to quit or to take a break. Most, however, don't leave a legacy of harm to survivors of loved ones lost to suicide or people who have struggled with mental health. As the dedication to the anthology for Meachen reads, "Words can hurt but they don't have to."

about writers and books