The FDA quietly expanded access to medication abortion pills. Here's what the change will do

Walgreens and CVS can now sell the abortion pill — but will they? 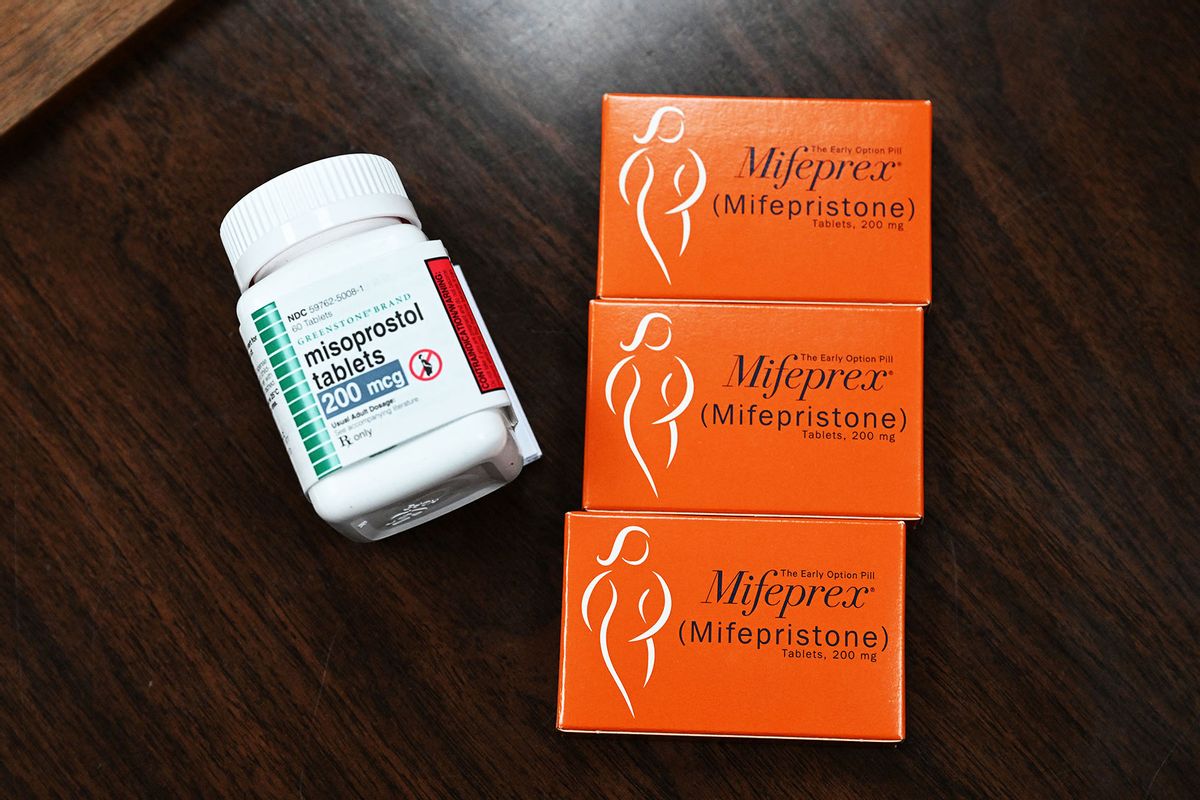 This week, the Food and Drug Administration (FDA) updated a rule on medication abortion pills, expanding access to retail pharmacies like CVS and Walgreens. Previously, the pills could only be dispensed by certified doctors, clinics or a few mail-order pharmacies. Patients also had to pick up the prescription in-person, which is no longer the case; now, they can even be mailed.

The news on the change broke after the FDA updated its website on January 3, without a formal announcement, to reflect the finalized rule, as reported by the New York Times.

Abbasi Hoskins, president of the American College of Obstetricians and Gynecologists, said in a statement the change is "an important step forward in securing access to medication abortion."

Medication abortions occurring through the brand name drug Mifeprex, which has been approved by the FDA for use for more than 20 years, are a two-step process. First, a pregnant person takes a mifepristone pill. Either 24 to 48 hours later, a second pill containing misoprostol is taken. Medication abortion works up to 70 days after the first day of a person's last period — usually when they are 10 weeks pregnant. According to data from the Centers for Disease Control and Prevention, medication abortions account for an estimated 42 percent of all abortions in the United States.

The Biden administration set the change in motion in 2022 when they terminated the rule that patients had to pick up the medication in person. The January 3 update formally codifies this change, in addition to allowing more retail pharmacies to dispense the pills; however, these pharmacies have to complete a certification process.

Abbasi Hoskins, president of the American College of Obstetricians and Gynecologists (ACOG), said in a statement the change is "an important step forward in securing access to medication abortion."

"Mifepristone must be prescribed by a certified prescriber who meets certain qualifications and agrees to follow certain guidelines for use," the FDA stated.

"ACOG has long advocated that mifepristone be made available in retail pharmacies, just like other prescription drugs, to allow more patients access to abortion care without clinically unnecessary hurdles," Hoskins said. "This change will empower patients who choose medication abortion to have the option of going to a pharmacy for immediate care rather than waiting for a mail order if that is right for them."

Notably, the FDA's update doesn't mean that people can access the abortion pill over the counter. Patients will still need a prescription from a certified healthcare provider and pharmacies must become certified to dispense mifepristone.

ACOG noted that the change "will not solve access issues for every person seeking abortion care, it will allow more patients who need mifepristone for medication abortion additional options to secure this vital drug."

A lingering question is whether or not retail pharmacies like Walgreens and CVS will get certified and allow their pharmacies to sell the abortion pill, especially in states with abortion restrictions and bans.

"While this change potentially allows for more access points in states where abortion is still legal, we do not yet know how many pharmacies will participate in the program or how much it will truly expand access," Melissa Fowler, Chief Program Officer at the National Abortion Federation said in a statement. "Today, too many people live in states where they have lost access to essential abortion care, and we have much work to do to so that people have the same access to health care no matter where they live."

On Thursday, The New York Times reported that Walgreens will seek out certification to dispense the pill.

"We intend to become a certified pharmacy under the program,"  Fraser Engerman, a spokesperson for Walgreens, told the publication. "We are working through the registration, necessary training of our pharmacists, as well as evaluating our pharmacy network in terms of where we normally dispense products that have extra FDA requirements and will dispense these consistent with federal and state laws."

CVS said in a statement to CNN: "We plan to seek certification to dispense mifepristone where legally permissible."

An online pharmacy called Honeybee health said on its Facebook page in light of the FDA's update, it quickly became "the first pharmacy certified to dispense medication abortion."

"With telemedicine on the rise and abortion pills now accounting for the majority of abortions in the US, we're proud to play such an important role in abortion provision today," the company said on its Facebook page.