Traditional resolutions suck. But the start of a new year is a good time to cut out these distractions 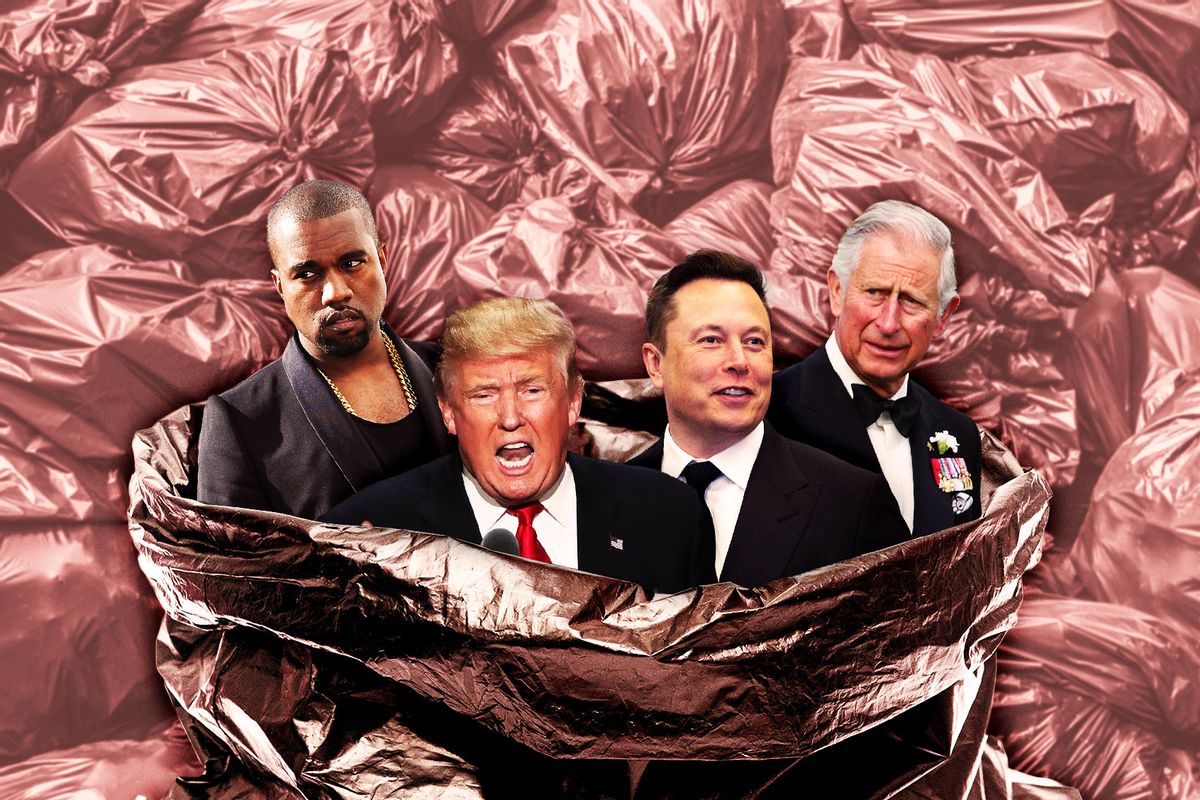 I used to watch older kids bust guns as soon as the clock struck midnight on New Year's Eve back in the day, which is something you shouldn't do. Now I have a new ritual — deleting things in the New Year with the hopes of finding more comfort and focus — which is something we should all do.

Let's take a stroll back to early 1990-something, deep into the alley past Mrs. Ellen's house, around the prickly, fat, toothy rats, over the unfinished wooden gate attached to the bricked-in two-story that led straight to a passage to the only house that had a semi-working fire escape. That fire escape, extra-rickety and made of rust, gave us a clear pathway to the roof, but it required a little work. My friend Mumbles would clutch his fingers together, providing me and some of the other kids with a sturdy platform to dig our Nikes into after getting a running start, and partnering with his strength, he'd catapult us up to the ladder, where we'd catch hold, swing a bit, then pull ourselves up and climb to the top.

It's a new year — but time is broken in America. Can we recover from this?

For context, this is Baltimore, meaning that we didn't have many uses for roof access in the early '90s, no sunbathing or time spent gazing at the skyline or stars. But on the Fourth of July, that patchy, tarred roof was the best place in the city to watch the fireworks, and on New Year's Eve, kids loved to climb up to the top of the roof and bang their pistols into the dark skies in celebration of new beginnings. I'm not a gun guy, but I loved that tradition as a child because everyone else was so excited about it. I loved that they loved blastin off, all the way up until I learned those bullets find their way back to the earth, where they can hurt or even kill people. Needless to say, that tradition ended abruptly for me.

Traditional resolutions suck, but we can take the start of a new year to call out the unnecessary people and conversations that suck up time and energy and distract us from the things that matter.

Now that I have a family, my end-of-the-year celebrations are even more simple, like dinner with my wife and daughter, maybe church — maybe — and always a movie the three of us can fall asleep watching. I did that this year, had an amazing time eating pasta at a nice restaurant and watching Disney's "Coco" for the 34,678,377,289th time with my toddler who won't dare watch anything else and would be proud to do the same next year. And along with that, I have my new tradition of identifying the things I'm planning to leave behind in the previous year.

Traditional resolutions suck, but we can take the start of a new year to call out the unnecessary people and conversations that suck up time and energy and distract us from the things that matter.

I'm sick of Trump Discourse. Nothing reported about this man has done anything to educate or enlighten anyone or make their quality of life better. This year, we should pay him attention at the rate he pays his taxes. Candace Owens can be left in 2022 as well, because what in the hell is she talking about, ever? She makes no sense at least 100 percent of the time.

This year, I will be fighting to avoid YouTube scholars at all costs — people who use the term "deep dive" in regular conversations, the Flat Earthers, the Sovereign Citizens. And let's tank Twitter in 2023 while we're at it. Twitter has been dying a painfully slow death over the past five years, but I think Elon Musk is the perfect captain for sinking the ship. The once beautiful bird app that used to be full of people I respected, debated and collaborated with is now overrun by bots, one-sided opinions and extremism. People who begin sentences and statements and rants with "All women are," or "All men are" or "All Black people are," or "All white people are," are always wrong, all of the time.

Twitter has been dying a painfully slow death over the past five years, but I think Elon Musk is the perfect captain for sinking the ship.

Thinking people understand privilege and the role society plays in oppression. But thinking people should also be smart enough to see that matching hate and over-generalizing about any group will not allow us to move forward as a collective. It will only create more hate.

One fix, however, is simple. Get off Twitter this year and talk to people instead. For example, I have a white friend named Cullen, and I don't blame him for slavery and Jim Crow and police violence, we just talk about how the world is and what it could be. And sometimes he buys the first round when I bump into him at a bar, and sometimes I buy rounds, and as left-leaning idealists, we fight and agree and disagree and learn and grow. This is the only way to mend the problems that plague our country — not shutting each other out just because we hail from different demographics or belief systems.

Let's leave reboots back in 2022 as well. I have no interest in what the cast of "90210" or "Who's the Boss" or Steve Urkel is up to. On the other hand, I do love "Wednesday," "Cobra Kai" and "The Best Man: Final Chapters." Some reboots can stay. TikTok dance routines, sustainable clothing that costs over $500, and exhaustive coverage of the British royal family — leave all of that in 2022 where it belongs. In 2023, I'd love to not hear anything about Ye, formerly known as Kanye West. Anything!

Some of the things I want to leave behind are just annoying. But some are serious. They block love. So I'm going to get serious about where I direct my attention because I dream of loving big in 2023.